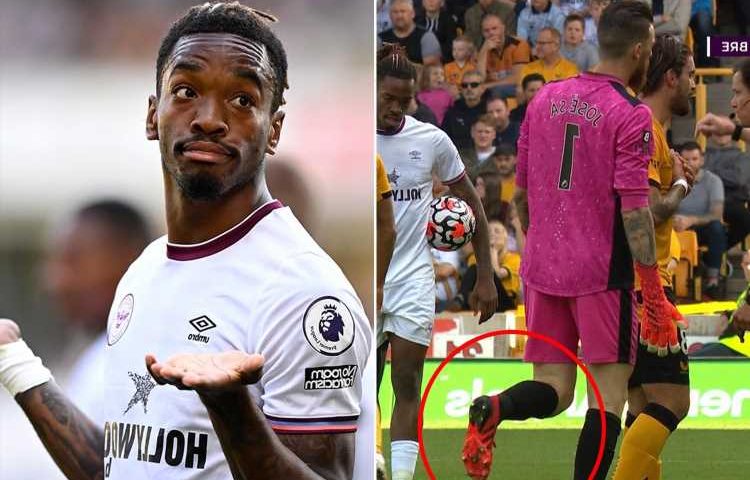 WOLVES keeper Jose Sa was branded a cheat after being caught on TV churning up the penalty spot before Brentford scored today.

The Portuguese stopper was facing up against Bees striker Ivan Toney for the spot-kick in the first-half. 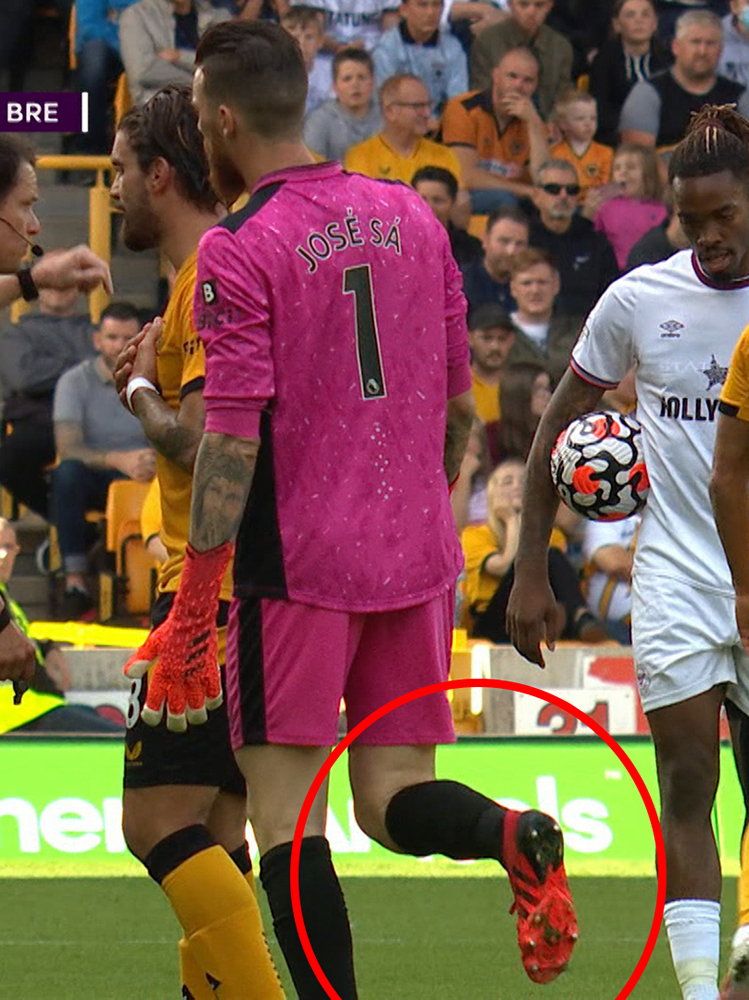 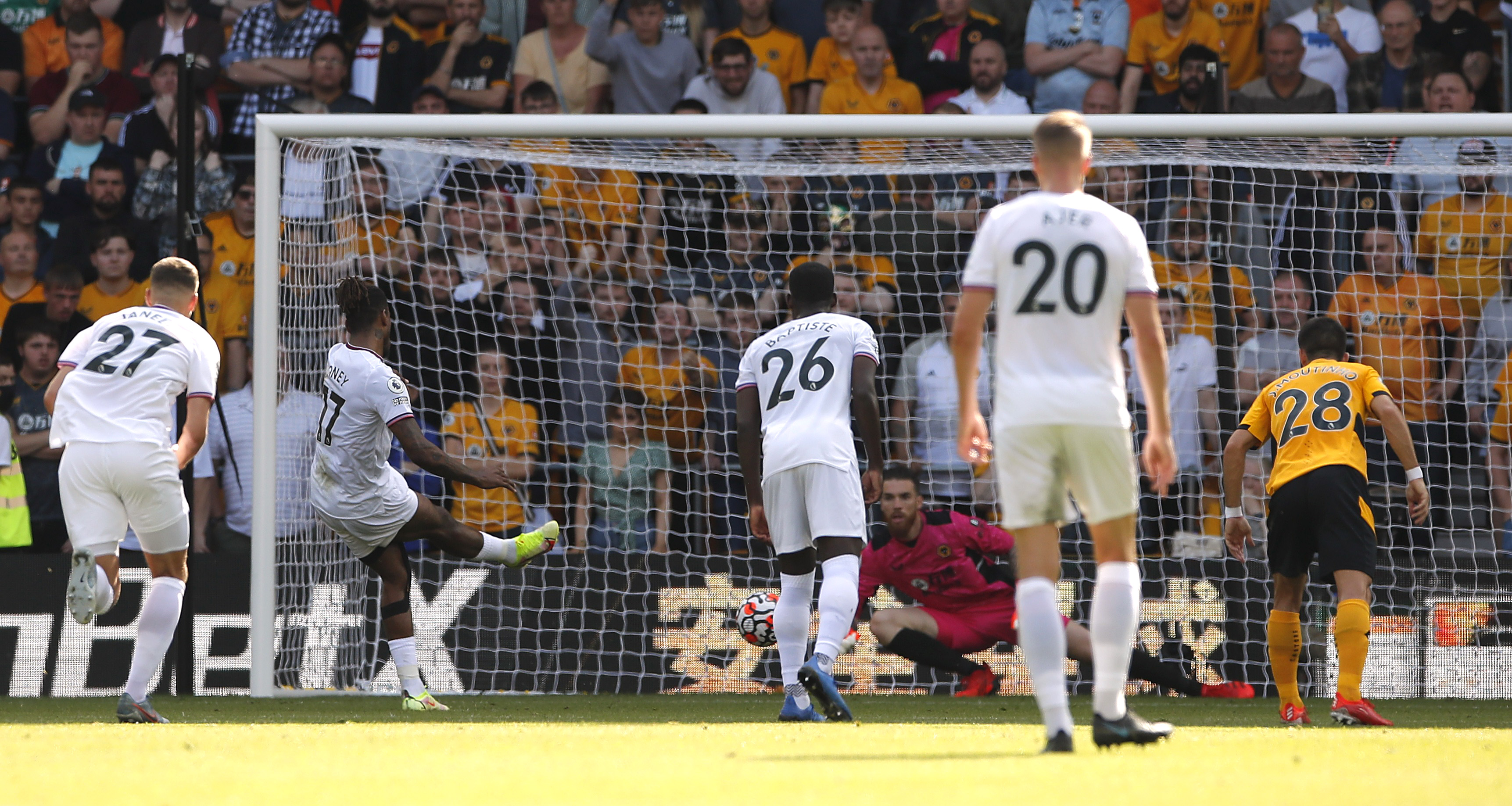 But just seconds earlier he was caught out by referee Darren England with some 'epic s***housery'.

The 28-year-old was seen raking his studs across the white spot, to break up the pitch and make it difficult for Toney to score.

But it had no effect on the Championship's top scorer from last season, as he coolly tucked home.

And social media blew up, slamming the Wolves goalkeeper for his failed antics.

Another added: "You cheat Jose Sa. Caught in the act!"

And one raged: "Lololol wolves keeper Jose Sa during the arguing of the penalty digs cleat into penalty spot to mess it up then goes wrong way.

"Karmas a bitch buddy. Take that yellow card while you’re at it."

It got from bad to worse for Wolves as Bryan Mbeumo double Brentford's lead before the break.

Bruno Lage's side have had a tough start to the season, with just three points from their first four games.