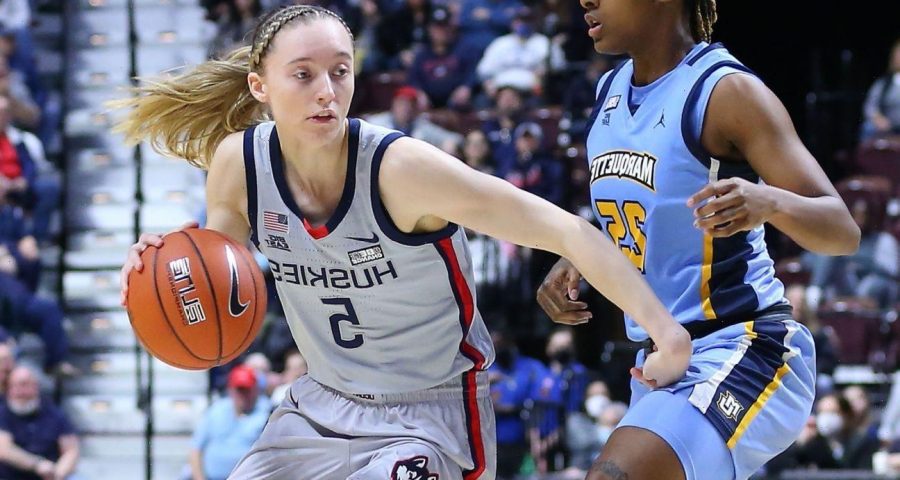 One year after being played in a one-city bubble, the 2022 women’s NCAA tournament is making history again. For the first time, the field expands to 68 teams, with a First Four set of games on Wednesday and Thursday. This is also the first time since 2006 that the women’s bracket was revealed on a Sunday.

For all that is new this season, the women’s NCAA selection committee faced some similar challenges from last year. The COVID-19 pandemic continued to impact the season, with some teams missing players and coaches for important games or having to take long pauses. And with the return of the top-16 teams getting to host first- and second-round games, it was as important as ever to be among the top-four seeds in a region.

This year’s bubble also was more hotly contested than in recent years, even with 36 at-large berths available instead of the typical 32. All of those things made the committee’s job that much more difficult.

Did the committee get it right? What seeds, snubs and regional placements stand out the most? Let’s take a look.

The final No. 1 seed: Why it went to Louisville

Baylor controlled its own destiny: Had the Bears beat Texas and finished the job in the Big 12 tournament, they would have been the top seed in Wichita. Instead, after the Longhorns pushed them around to the tune of a 67-58 upset, the committee had no choice: Baylor is a No. 2.

As a result, Louisville, which had lost its grip on the top line with losses to North Carolina and Miami, regained that spot. Ultimately, the Cardinals and Bears both end up in the Wichita Regional as the Nos. 1 and 2 seeds, and it would have been that way even if Baylor won. Now the spots are just reversed. And this was the right call.

The Cardinals have one more top-25 NET win than Baylor against a slightly tougher schedule. The loss to Texas prevented the Bears from evening that metric and, more importantly, putting a conference tournament title on their résumé. Those were both missed opportunities — and so was the No. 1 seed.

Iowa, the No. 2 seed in Greensboro, made the biggest jump of any team between the Feb. 28 top-16 reveal and Sunday’s official selection. Coming off a Big Ten tournament title, the Hawkeyes went from No. 14 overall (a No. 4 seed) to a No. 2 seed. As the No. 8 overall team, Iowa gets placed in the Greensboro Regional opposite top overall seed South Carolina.

A No. 3 seed likely would have landed the Hawkeyes in a different region, and this is perhaps an example of when getting a better seed is not always a good thing. In that scenario, Iowa would have been in a region with NC State or Stanford. Those aren’t necessarily much better alternatives, but South Carolina has been the best team in the country all season. Iowa’s placement allows for the potential for two teams with contrasting styles to meet in the Elite Eight — and a game with Aliyah Boston and Caitlin Clark on the same court.

Strong conference tournament runs also seemed to help the seeds of Big 12 champion Texas (No. 2 in Spokane), SEC champion Kentucky (No. 6 in Bridgeport) and at-large Gonzaga (No. 9 in Wichita).

Why UConn is the No. 2 seed in Bridgeport

UConn provides this tournament with one of the most unique circumstances it has ever had: a team with No. 1 seed talent but not a No. 1 seed résumé because that talent was not together for most of the season. That there is a regional in the Huskies’ backyard, in Bridgeport, adds another wrinkle.

NC State is the No. 1 seed paired with UConn, and women’s basketball fans saw it coming, having voiced their displeasure for weeks.

The Wolfpack won the ACC regular-season and tournament championships. They are No. 2 in the NET, and only South Carolina has a better record against top-25 NET opponents. (Stanford has the same 8-2 mark.)

While NC State fans are right — the Wolfpack potentially having to face UConn in Bridgeport isn’t fair — the committee merely followed the S-curve, and that is something recent committees have been better about, especially as it relates to the top two seeds in each region. The No. 1 seeds are placed in the bracket in order and in the closest region to their campus as possible. With South Carolina in Greensboro and Stanford obviously getting Spokane, NC State goes to the next closest region available: Bridgeport. As the No. 6 overall, UConn would then be placed with the No. 3 overall team: NC State. This is how it should work.

If the call is for more adherence to the S-curve, then this was the proper way for the bracket to play out. Yes, there is some geographical element to it, but in this instance, the geographical portion is keeping the No. 1 seeds as close to home as possible. And that’s the way it has always been done.

DePaul lands on the right side of the bubble

DePaul, which was in ESPN’s “First Four Out” in Sunday’s final Bracketology projection, received an at-large bid on Sunday. The Blue Demons — an 11-seed who will play in the First Four against Dayton in the Greensboro Regional — lost in the Big East tournament quarterfinals and had zero top-25 wins.

But DePaul got the nod over Missouri, which I had projected as a No. 11 seed and among the “Last Four In.” The Tigers were 1-4 against the top-25 NET, handing South Carolina its first loss of the season on Dec. 30. But an overtime loss to Arkansas in the second round of the SEC tournament just wasn’t enough to garner the Tigers an at-large bid.

DePaul helped give the Big East four teams in the field, joining UConn, Creighton and Villanova.