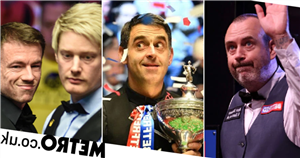 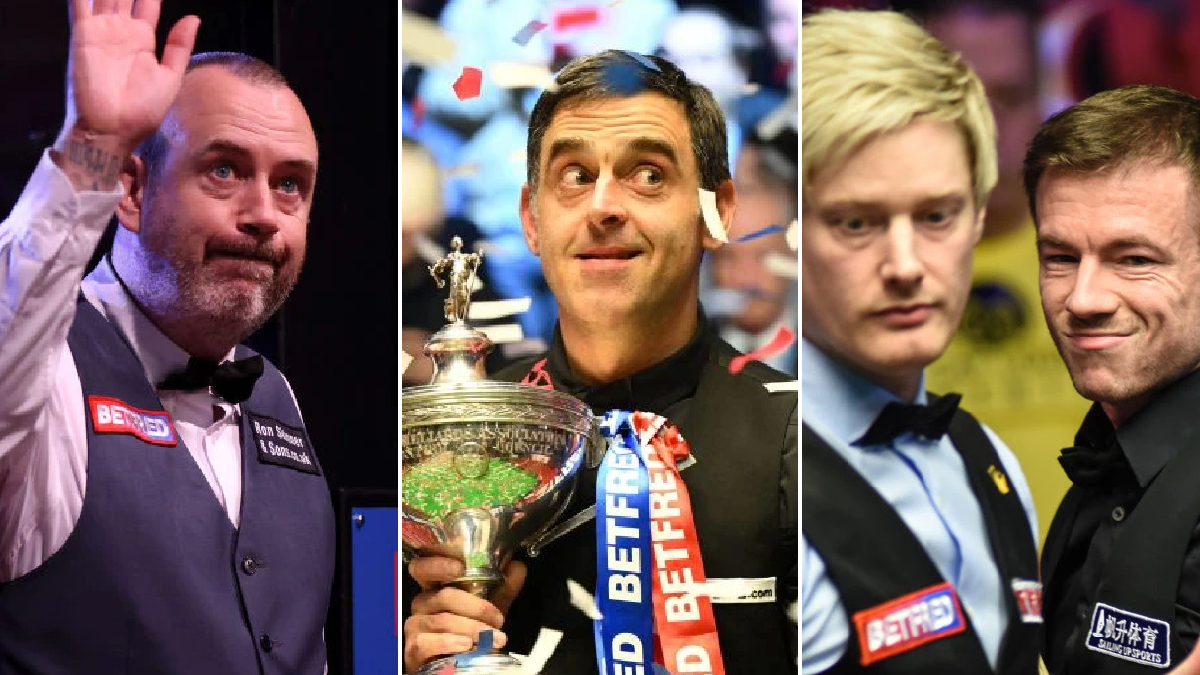 The 2022 World Snooker Championship came to an end on Monday night with Ronnie O’Sullivan lifting the famous old trophy for a seventh time.

It brought to a close 17 days of action at the Crucible, which itself followed 10 days of tension at the qualifiers in Sheffield.

The Class of 92 all shone as they made up three of the four semi-finalists, there was a big victory for a young debutant and an immense maximum from the tournament favourite.

The Rocket’s triumph secured himself another slice of snooker history as he equals Stephen Hendry’s world title haul, while he helped break the record for tournament tons as well.

But just how good was this World Championship? It felt like a good one, but was it a great one?

There is always drama at the Crucible, but it actually felt like we were not awash with it this year. O’Sullivan’s run to the title was about as serene as you will see as he swatted away the competition. The 18-13 defeat of Judd Trump in the final and 10-5 win over Dave Gilbert in round one were as close as his games got.

We didn’t get a single decider in the first round, which gave the tournament a little bit of a slow burn vibe early on.

Of course the drama did arrive and there were some agonisingly tense moments. Yan Bingtao’s second round win over Mark Selby was superb, and on one glorious night we were treated to Trump’s epic win over Anthony McGill and Jack Lisowski’s stunning effort to beat Neil Robertson in a deciding frame.

Lisowski was in the heat of battle again in the quarters, losing the final two frames to John Higgins to be beaten 13-12, while Trump came through an amazing match in the semis to beat Mark Williams 17-16.

Those matches were some of the best you could hope to see, but it was still not the most dramatic of tournaments on the whole as the Rocket strolled to victory.

This was going to end at 6/10, but it gets an extra half point for the appearance of the pigeon during Yan vs Selby, which was mental.

O’Sullivan and Williams were the two standout performers in terms of quality over the event. Strangely, Ronnie wasn’t often at his blistering best but was always doing enough, while Mark was at his very best at points and looked unstoppable, until he was stopped by Trump.

The case of Trump is an odd one really. He got to the final and won 13 frames there against the greatest of all time, but hardly ever showed his best form. Similarly, John Higgins would not say he played brilliantly in Sheffield this year but reached the semis.

Yan Bingtao is worth a nod in quality terms, having shone in round one against Chris Wakelin, going on to down Selby and then really push Williams in the quarters.

With all the tons flying in, this event has to score well in quality, but with a player admitting he was struggling throughout and getting to the final, it can’t quite pass the test with flying colours.

O’Sullivan was at the centre of many of the controversial moments at the Crucible this year. Having a barney with the referee on the first day of the final wasn’t a great look, while he got in hot water earlier in the tournament for making a lewd gesture during a match.

There were some controversial comments early in the event, with Hossein Vafaei telling O’Sullivan to retire, while there was much talk of moving from the Crucible, or expanding the current venue, which always ruffles feathers.

It was all fairly inoffensive stuff, though. The feature-length hug between O’Sullivan and Trump at the end of the final showed the great spirit in which it was played. Some flashpoints, but not an overly controversial World Championship.

O’Sullivan’s seventh world title feels like a huge bit of snooker history, finally equalling the record Hendry set in 1999. Of course, if he goes on to win eight or more then the seventh will fade in significance, but if this is the last one, then it will remain a massive moment.

The Rocket became the oldest world champion ever at 46 and broke Hendry’s record of 70 wins at the Crucible, taking his tally to 74.

He was considered by many the sport’s GOAT before this, but there are almost no dissenting voices to that argument now.

The record number of centuries is a nice thing for this year’s event, as is a maximum break, which is only the second at the Crucible since 2012. Graeme Dott also knocked in a 147 in qualifying.

Vafaei became the first Iranian to play at the Crucible, while Liam Davies became the youngest player ever to win a World Championship game when he beat Aaron Hill in qualifying at just 15 years and 277 days.

Lots of scribbling into the history books after this one. Also…the pigeon again.

The Crucible never lets us down. There were all the usual swings from intense silence to eardrum-rattling roars as and when appropriate.

The night when Lisowski downed Robertson and Trump edged McGill felt like one of the great evenings at the iconic theatre. The crowd also added to Williams’ incredible fightback against Trump in the semis, which just fell short at the death.

Even in defeat in the final, Trump changed his tune on the future of the World Championship, calling for it to stay at the Crucible thanks to the special environment in that room.

There were disappointingly and confusingly some obvious empty seats in big games, which just takes a slight bit of shine off, but it was excellent, as always, at the Crucible.

Not really a shocking tournament in general. The glorious semi-final line-up of Trump vs Williams and O’Sullivan vs Higgins was one to savour, but showed that the favourites had largely survived.

Neil Robertson’s exit to Jack Lisowski in the second round was a pretty major surprise, but Jackpot is an established top 16 player so we shouldn’t go overboard.

Only three qualifiers emerged from the first round, but Stephen Maguire beating Shaun Murphy and Noppon Saengkham downing Luca Brecel were not particularly stunning.

The big shock of the first round – and probably the upset of the tournament – was 20-year-old Jackson Page ousting Barry Hawkins on his Crucible debut with a superb display of break-building.

That was about it, though, in terms of surprises. Not that it is necessarily a bad thing, but World Championship shocks do resonate through time, so we are missing something if we don’t get them.

It was a good final without being a great final, I think that’s fair to say. O’Sullivan opened up a 12-5 lead on Sunday with Trump struggling and it looked to be all over at that point.

Judd was superb on the Monday afternoon and roared back into contention, creating one of the best sessions of the event, but Ronnie really stamped out the hope of an epic comeback in the evening.

Monday especially was very high quality but it always felt like too much for Trump to come back from and it was a relatively drama-free early finish.

That gives the tournament an average score of 6.42, which sounds a little harsh after a very enjoyable event, but that is the result of this hastily concocted and completely unscientific scoring system.