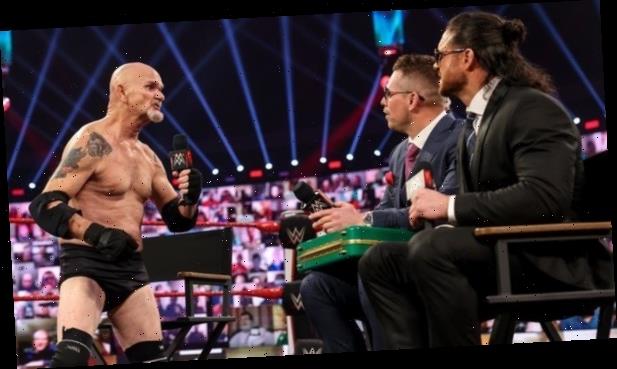 The 61-year-old delighted fans with his reappearance that came less than two months after he suffered a heart attack. 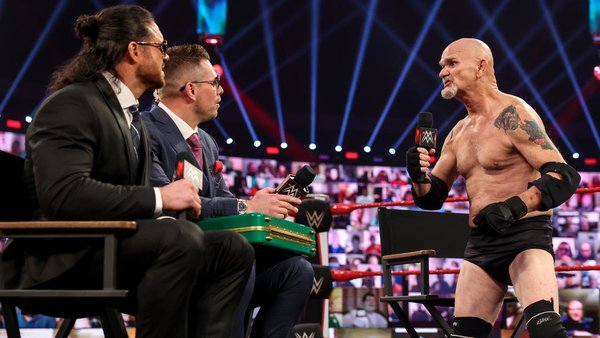 Gill shot to stardom as a Goldberg parody character during the infamous Attitude Era days.

He performed the gimmick on-and-off for over 20 years and last appeared in Vince McMahon’s company in 2017.

But the American made his grand return last night as he deputised for Goldberg during The Miz and John Morrison's Dirt Sheet segment.

Speaking afterwards to WWE's official YouTube account, Gillberg couldn't hide his delight at stepping inside the ring once again.

It’s my life, it really is, no matter how much I wish at my age I could still have a full time job doing it, it’s my love

He said: “That was a ball. You see now why I love it. This is everything to me.

“It’s my life, it really is, no matter how much I wish at my age I could still have a full time job doing it, it’s my love.

“How can you not like doing that? It’s a blast and to make people laugh, that’s what I do best.

“When I die, I want people to go “that was a good guy” and that’s all I want, I’m always nice to everybody and that feeling that I get when I walk out there is everything.”

‘Gillberg’ enjoyed a 15-month month reign as light heavyweight champ during WWE and got to work with some of the biggest names in the business, including Dwayne ‘The Rock’ Johnson.

He took part in the Raw 15th Anniversary show in 2007 as he was eliminated by everyone in a 15-man Battle Royal.

A decade later he returned to Raw and received a beating from Kevin Owens as part of his feud with Goldberg.