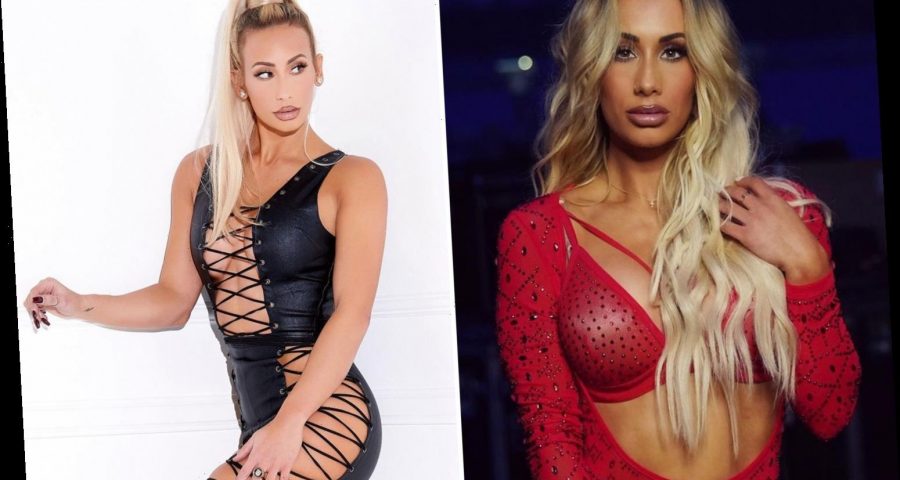 WWE superstar Carmella is getting ready for Royal Rumble by sharing some revealing photos with her Instagram followers.

The 33-year-old – real name Leah Van Dale – has been wrestling for Vince McMahon's franchise since 2013.

The American has won the WWE 24/7 Championship on two occasions and also claimed the Women's Smackdown Championship.

But it is her antics outside the ring which have caught the attention of social media this week after she posted some stunning shots for her Instagram fans.

In a series of pictures, she captioned one: "Being a bad b***h is exhausting."

Another read: "When you’re trying to be cute, but you see someone walking by with pizza."

And a third said: "I always show up and show out."

The pictures received a roaring reaction from her followers ahead of the WWE's huge Royal Rumble pay-per-view event this weekend.

And another added: "YOUR BEST PICTURE."

Carmella is expected to appear in the Women's Royal Rumble Match this Sunday in Florida, although she has not yet been confirmed as a participant.