WWE star Lana has been forced out of Sunday’s TLC pay-per-view after suffering ‘devastating’ injuries on Monday Night Raw and being rushed to hospital.

The Ravishing Russian has been enjoying a huge push in recent weeks after being Team Raw’s sole survivor in their Survivor Series clash against their SmackDown counterparts last month. 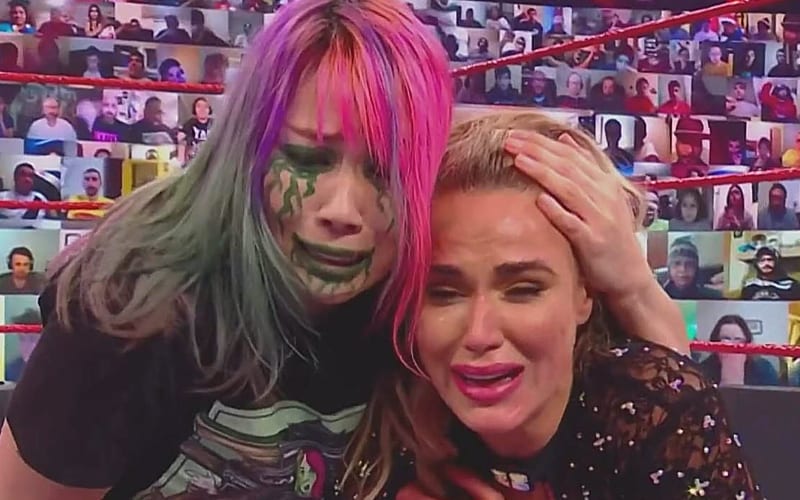 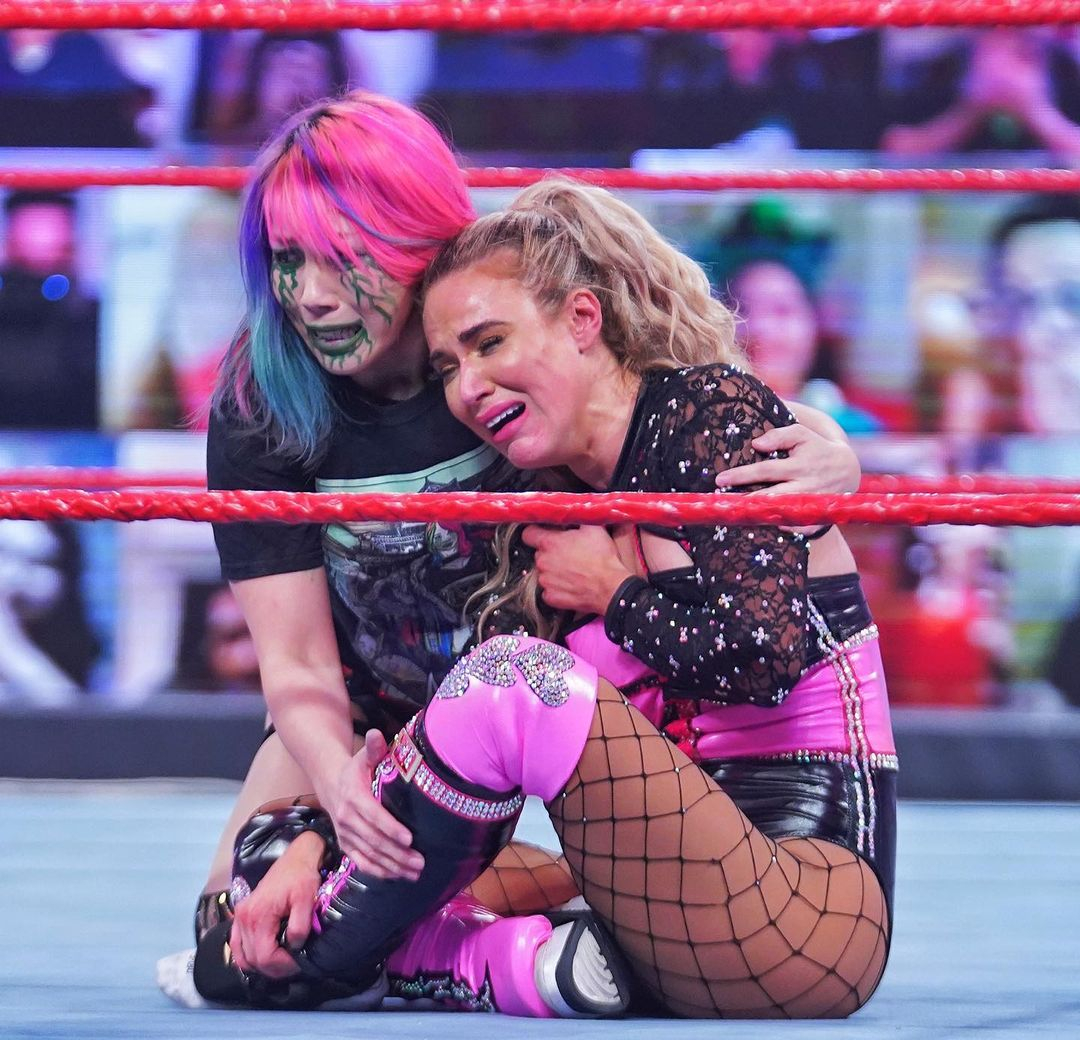 That followed a spate of brutal attacks by Nia Jax, who sent the beautiful blonde crashing through a table on several occasions.

But Lana has since joined forces with Asuka, and the pair have enjoyed several victories over Jax and her partner Shayna Baslzer.

That run had secured them a title shot against the fearsome duo at this Sunday’s PPV extravaganza.

However, Asuka is now looking for someone else to join her in the quest for the belts after Lana was hospitalised following a brutal beatdown last night.

And now she will no longer be competing for the championships due to ger injuries, WWE have confirmed.

Lana defeated Jax on Raw in a singles bout but her momentum was quickly halted by the powerhouse.

Jax attacked Lana after the bell, hitting a number of devastating leg drops, while Baszler joined her and stamped on Lana’s arm.

WWE confirmed later in the broadcast that Lana had  ‘suffered devastating injuries to her legs and elbow’ and was being taken to a local medical facility.

And doctors had decided she had not been ‘cleared to compete’ at TLC.

Meanwhile, Lana confirmed that WWE may be about to re-ignite her controversial lesbian storyline with LIv Morgan.

She came out to the ring and declared her love for the Ravishing Russian, but the angle only lasted a few weeks before it ended without conclusion.

The whole story was met with fierce criticism from the WWE Universe and LGBT groups, although several of its segments did produce record numbers on the company’s social media channels.

Since then, Lana’s real-life husband Rusev was released by WWE in April and has signed for rival promotion AEW and competes as Miro. 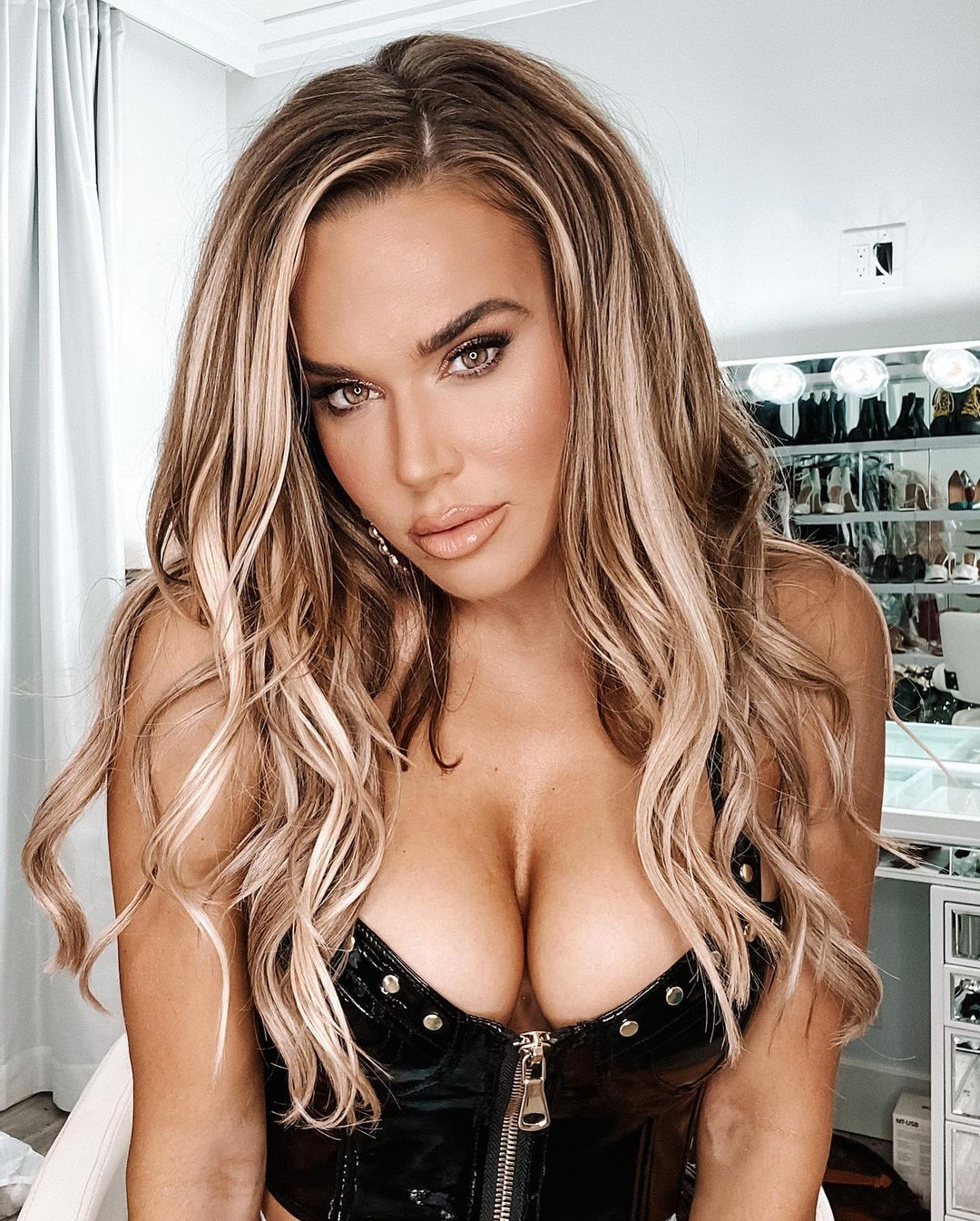