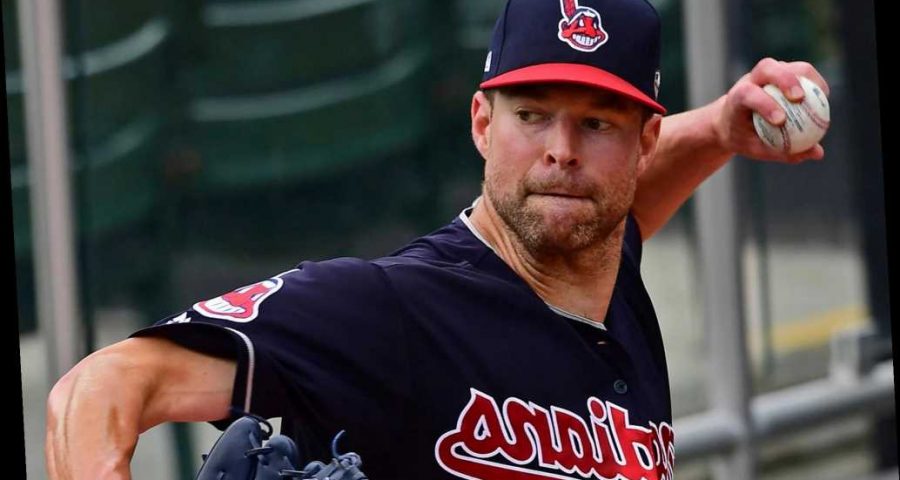 How the Mets can survive without a GM for now: Sherman

It's on Sandy Alderson to lead Mets from Jared Porter disaster: Sherman

He was 34 and had spent most of the two previous seasons broken. The Yankees were healing a key starter, Didi Gregorius, after Tommy John surgery and hoping that, at minimum, Tulowitzki could serve as a placeholder until Gregorius returned.

Tulowitzki worked because the Yankees, a year after going under the luxury-tax threshold, were holding the line at Hal Steinbrenner’s mandate not to exceed a $220 million payroll to begin the 2019 season, and Tulowitzki came cheap.

He is called Corey Kluber now.

He is 34 and has spent most of the past two seasons broken. The Yankees are healing a key starter, Luis Severino, after Tommy John surgery and hoping that, at minimum, Kluber could serve as a placeholder until Severino returns. Kluber worked because the Yankees are holding the line on Steinbrenner’s mandate not to exceed the $210 million luxury-tax payroll, and Kluber comes cheap enough.

Both times the Yankees thought they had better inside information about the player than most, if not all, of the other interested teams. Both times they shunned going to the top of the market for a solution — Manny Machado then, Trevor Bauer now — worried about not just money, but personality/makeup, too.

Could this turn out differently? Of course. Kluber was a brilliant pitcher from 2014-18 based just not on stuff and precision, but a reputation for fearlessness and fortitude. Even after making just eight starts the past two seasons — just one for one inning in 2020 — Kluber had a strong class of suitors.

There was a belief at the outset that Kluber might have to take a few million dollars and performance bonuses based on starts and innings to reach $11 million or more. But a source said that at least one other team was at $11 million and one team was offering a two-year contract. Earlier in the offseason, the Braves had given Drew Smyly a one-year, $11 million pact. That was based mainly on five good starts last year, because Smyly did not pitch in the majors in 2017-18 and had a 6.24 ERA in 2019.

So if you had to give $11 million to Kluber or Smyly, sure, Kluber. But should the Yankees have just used the money differently? Because this is a gamble, especially if this is the last significant money Steinbrenner is allowing to be spent this offseason, which currently is the case.

Tulowitzki was not that kind of financial risk. The Blue Jays had released Tulowitzki with two years at $38 million left on his contract, so his next team would only owe him the major league minimum of $545,000 in 2019. The Yanks had spent the early offseason addressing their rotation by trading for James Paxton and re-signing J.A. Happ, and they were saving eventually to deal with their bullpen (sign Adam Ottavino and re-sign Zack Britton) and unleash a surprise (a two-year contract for DJ LeMahieu with the promise they would find at-bats for him).

The Yanks knew they would be without Gregorius for a few months. They had no idea if Gleyber Torres could handle shortstop regularly and, remember, they had a bad defensive third baseman, Miguel Andujar, in place (no one knew what Gio Urshela would become).

Tulowitzki had a mid-December workout at his Long Beach State alma mater, and the Yankees’ scout there, T.J. Stotts, sent a positive review. But there were many positive reviews from many teams. The Yanks had an edge. Tulowitzki idolized Derek Jeter, wore his No. 2 in Colorado. So he gave only one team a second private workout, and the Yanks had two of most trusted scouts, Jay Darnell and Dan Giese, attend to gauge the current level of a player who had bone spurs removed from both heels the previous year and also had been plagued in recent years by hip, quad and hamstring injuries. Through seven rounds of batting practice and a long infield session, Tulowitzki looked terrific, so the Yanks signed him.

And Tulowitzki continued to look good in spring training.

“It is exciting to see where he is physically,” Aaron Boone said early in that camp.

Tulowitzki started on Opening Day and doubled, homered in the second game, then went hitless in his three other games, was placed on the injured list with a calf strain, never played again and retired.

This time the Yankees were spending their big money on retaining LeMahieu, plus keeping Britton around by agreeing to pick up his 2022 option that prevented the lefty from becoming a free agent. But Paxton and Happ were free agents, and so was Masahiro Tanaka. So, the Yanks needed to find a starter.

The Yankees scouted Kluber’s Jan. 13 mound audition and were impressed. So were many teams. Their inside edge this time was Eric Cressey. He was hired last offseason to be the director of player health and performance. But he continued to do his work with clients in the offseason, among other things overseeing Kluber’s offseason rehab from a torn shoulder muscle (MLB should forbid this, by the way).

There is no way the Yankees invested $11 million on a tight budget when they so badly needed a starter without Cressey providing a strong endorsement. So no doubt, Kluber is healthy. Now.

We can expect that early in spring training that Kluber will throw and Boone and others will talk about how healthy he looks, how much like his old self. Bet on a “free and easy” or three. Maybe that is a precursor of what will be a full revival. And the Yanks will have a worthy No. 2 starter. Would you put that at better than a 25 percent chance?

If not, the Yanks have shown over the years a way to solve problems. In 2019, for example, Urshela emerged at third and Torres handled shortstop well (better than in 2020) until Gregorius returned to share the position. So in 2021 maybe Clarke Schmidt or Miguel Yajure steps up if Kluber goes the way of Tulowitzki.

For now take any positive reports on Kluber, especially in spring, with temperance. The Rangers were excited after acquiring Kluber last offseason and he lasted one inning. So at this moment, when it comes to Kluber, not one should get too high, just remember Tulo.