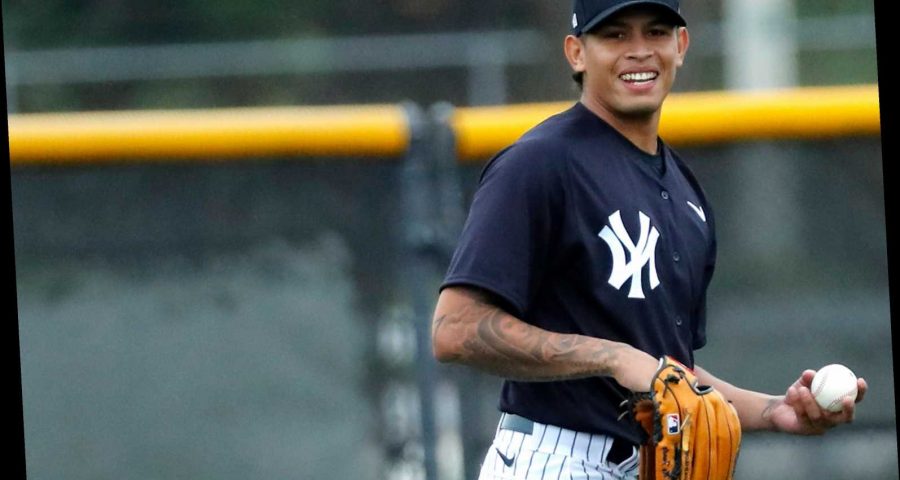 The key to Gary Sanchez avoiding another Yankees mess

Jennifer Lopez-Alex Rodriguez breakup drama would have been Mets nightmare

Who can make the leap?

Even with Zack Britton out for a while, the Yankees field one of baseball’s deepest bullpens. Yet in this unique season (because it followed a unique season), they’ll surely need more guys to blossom and get some important outs.

The most intriguing guy from the internal list of candidates might very well be the person who got a “Young Mariano Rivera” dropped on him during the night of his major-league debut.

“As long as I’m putting in the work and I’m getting the results I want, and as long as God keeps giving me the opportunity to do so, I can see how I can be part of the group of guys that you mentioned,” Jonathan Loaisiga, through an interpreter, said Wednesday, referring to Aroldis Chapman, Chad Green, Darren O’Day and Justin Wilson as well as Britton.

“Those guys have a lot of experience in the big leagues, and they’ve had a lot of success. The way I see it is, if I keep doing my job and I keep getting good results, I can be part of that group.”

Respect must be given to Luis Cessa, who has deliberately worked his way up Aaron Boone’s ladder of trust, and youngsters like Nick Nelson and Albert Abreu remain possibilities as do Michael King (if he doesn’t go to the alternate site and throw longer stints to prepare for starting opportunities) and non-roster veterans like Kyle Barraclough and Lucas Luetge. Opportunities won’t be rare as all teams attempt to maneuver their pitching supply through a 162-game season after a 60-game season.

Loaisiga stands out because of his swing-and-miss stuff (fastball, curveball and changeup), which has allowed him to post 10.4 strikeouts per nine innings in 36 major-league games (totaling 79 ⅓ innings). Loaisiga got the original “Young Rivera” label from Rays manager Kevin Cash following his major-league debut in 2018. And because that arsenal — he also has been working for a while on a slider that he hopes to eventually introduce — enables him to post multiple innings in a single outing.

“I think with Lo, there’s the added importance this year, coming off of the shortened season, with starters that we want to make sure we’re protecting,” Boone said. “The length that he can give you in the ‘pen to sync up with guys on a certain day where we don’t have a full pitch count or whatever. That role becomes really important.”

In four Grapefruit League games, totaling eight innings, the 26-year-old Loaisiga hasn’t allowed a run, striking out seven and walking two (both on Tuesday against the Tigers, in relief of Gerrit Cole) while permitting just two hits.

“With Lo, i just want to make sure, because his stuff is so good, that he’s always on the attack,” Boone said. “And I think one thing that’s been really good for him is, and it’s always been a reliable pitch for him, but his changeup, he’s been using it a lot. You saw it (Tuesday). He uses it to both right- and left-handers. It’s the secondary pitch that he has the most confidence in and really can lean on and that’s been a really good pitch for him this spring to go along with his fastball.”

Durability remains Loaisiga’s greatest hurdle. The Yankees signed him as a minor-league free agent in February 2016 after arm troubles, culminating in Tommy John surgery, sidelined him the prior two seasons. Then he spent time on the injured list in both 2019, when his right shoulder ailed bad enough to ultimately place him on the 60-day list, and 2020.

The Yankees probably would take 100 percent of him for, say, 70 percent of their schedule. It’s gonna be a slog. How much Loaisiga helps them navigate it could determine plenty.