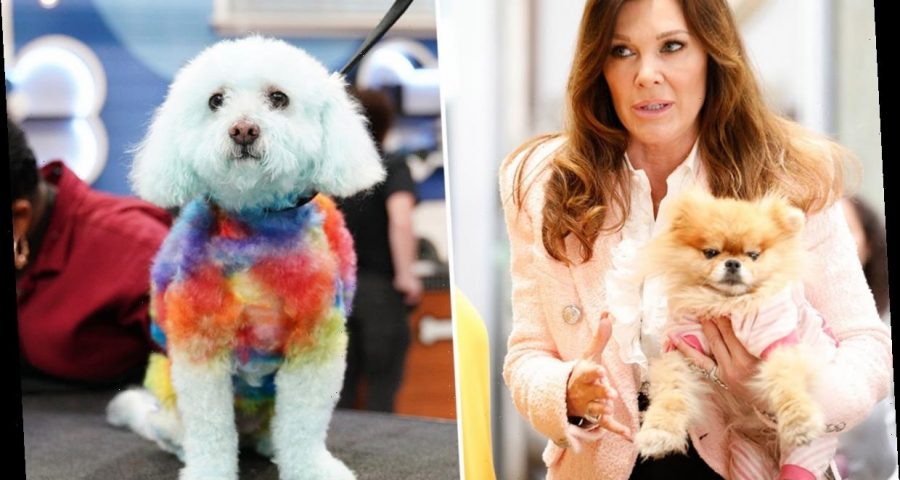 LISA Vanderpump insisted that the pups featured on Pooch Perfect were "treated like royally" and only groomed with "nontoxic dye." The Bravo star's defense of the show comes following "animal abuse" allegations against the new series. The 60-year-old serves as a judge on the new series, while it is hosted LISA EVANS has lifted the lid on boozy celebrations with the likes of Frank Ribery after Bayern Munich men and women won the Bundesliga title in 2016. The Scotland international, 28, switched to Arsenal in the summer of 2017 and has been there ever since. She lifted the 2015/16 Bundesliga LISA Vanderpump dramatically quit RHOBH half way through the ninth season. But her former co-star says Lisa didn't want to leave, and had a hand in orchestrating the storylines on the Bravo reality show. Kathryn Edwards, 55, who starred in one season of the show, claimed that the 59-year-old SUR The daughter of Olympic swimmer Lisa Curry and former ironman Grant Kenny is being remembered as a "bright and loving soul" after she died following a long illness. Jaimi Curry Kenny was 33. Kenny released a statement saying the former couple's oldest child died in the hospital on Monday morning EMMERDALE star Lisa Riley told fans that her pain gets worse by the day after her mum's death from cancer eight years ago. The actress, 44, paid tribute to mum Cath on Instagram yesterday with a happy picture of the pair together. In a heartfelt post, Lisa wrote: "Eight years Just two days after his death, Benjamin Keough‘s cause of death has been revealed. Lisa Marie Presley‘s son died at the age of 27 on Sunday, July 12, from an intraoral shotgun wound, the autopsy results revealed on Monday, July 13. The death was ruled a suicide. Celebrity Deaths in LISA Marie Presley's son Benjamin Keough was "lost in life" and "struggled" to live in his grandfather Elvis' "shadow" before he allegedly shot himself, family sources have revealed. The 27-year-old was found dead from a self-inflicted gunshot wound at the family's home in Calabasas, California, in the early hours of Sunday LISA Armstrong has liked a tweet about being "cheated on" and "staying strong" after settling her £31million divorce with former husband Ant McPartlin. The makeup artist, 43, formally ended her 12-year marriage to the television presenter earlier this month. Following the news, Lisa was spotted liking a tweet from a LISA Armstrong has posted a rare picture alongside her mother as she revealed her hopes for "wishes and dreams coming true" in the new year. Ant McPartlin's estranged wife took to Instagram to share the selfie and wished her fans an "amazing 2020" as she liked a fan's message wishing

Though we now know them as Zoë Kravitz’s ageless parents, Lisa Bonet and Lenny Kravitz were once a major Hollywood A-list couple. Though their marriage ended just a few years after it began in the ’90s, the duo has always been super close. In fact, they can often be seen