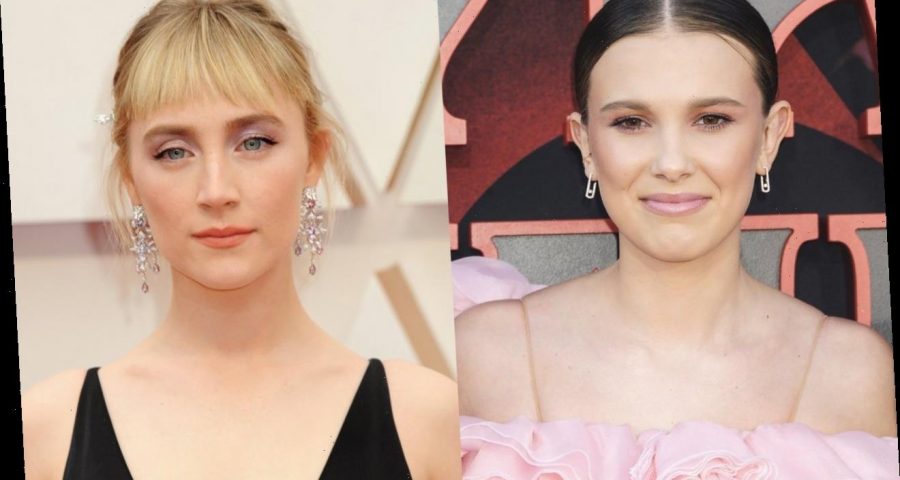 While there’s only one female lead part in the upcoming project, the ‘Stranger Things’ star and the ‘Lady Bird’ actress are believed to be not vying for the same role. AceShowbiz -An upcoming “Fantastic Four” movie is reportedly eying big names for its cast ensemble. Following words about an attempt Millie Bobby Brown has lined up her third film role – The Electric State! The 16-year-old actress is set to star in the upcoming graphic novel adaptation, which is being produced and directed by the Russo brothers, Joe and Anthony, according to Deadline. Here’s a synopsis: “Set in an alternative No, this is not a scene from the Upside Down. Millie Bobby Brown looked a far cry from her first days as Eleven, rocking luxurious long locks at a ‘Stranger Things’ event! Though Millie Bobby Brown will forever be associated with a shaved head, she was sporting a more glam Andrew Lipovsky/NBC Fans already knew Millie Bobby Brown could act, but did they know she could also sing? The Stranger Things star appeared on Wednesday’s episode of The Tonight Show and totally killed it in a “beat battle” against Jimmy Fallon. For the face-off, the actress and the late-night host took turns singing songs that