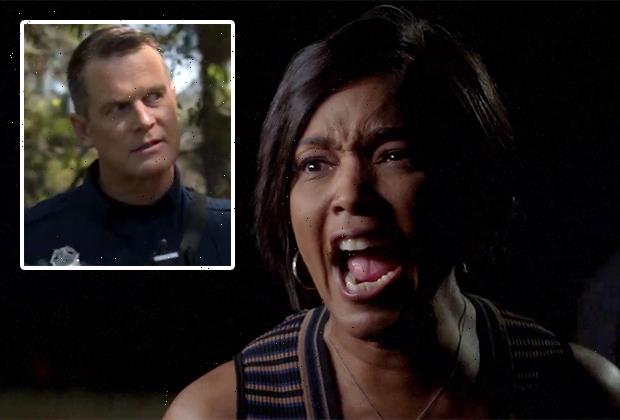 The 118 is always down for a rescue mission, but it’s one of their own who will need saving when 9-1-1 returns later this month.

Fox on Friday released the full-length trailer for the procedural’s sixth season, premiering Monday, Sept. 19 (8/7c), and while a blimp crashing into a stadium full of people is a big deal, we’re only concerned about one person: Captain Bobby Nash. (Trust us, you will be too after you watch.)

This nightmarish trailer — which includes a brief shot of Gabrielle Carteris (aka Beverly Hills, 90210‘s Andrea Zuckerman) as one of the blimp’s pilots — is a far cry from the joyful conclusion of Season 5, which ended with Hen and Karen renewing their vows in front of family and friends.

“There’s something [Tim Minear] and I both like about going out on a happy note,” executive producer Kristen Reidel told TVLine at the time. “It’s a little freeing going forward into the next season. You’re not beholden to a lot of stuff. You can take the time and think about what stories you want to tell with the characters now, and where you want to start them, without feeling like you have this laundry list of things to deal with.”

Hit PLAY on the trailer above for an extended look at Season 6, then drop a comment with your hopes for the 118 below.