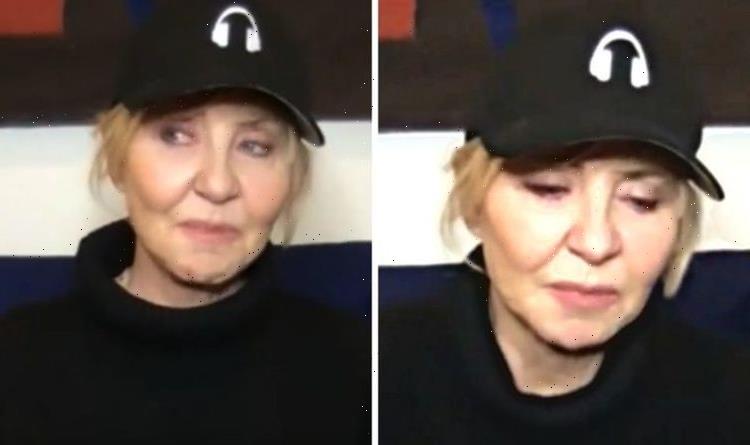 The pioneering Holywood actor died days ago at the age of 94, and stars from all over have paid tribute to the director and ambassador. Appearing on ITV’s Good Morning Britain, singer and television personality Lulu, 73, fondly remembered the star as she recalled what it was like to work with him, explaining she had initially been “terrified”.

“He had tremendous dignity,” she explained.

She continued: “And he was very tall, I’m tiny, I’m like five foot, he was 6’2 or whatever, so I was terrified.

“But he had a very calming influence and he didn’t shout or make a lot of noise, but being around him – it was, he was inspiring.”

On his age, she added that 94 was “a good innings”, but that there was still sadness over the loss.

He continued: “But he got to a great age, which is some kind of compensation – tell us about your very first memory of meeting him.

“Was it actually on set of To Sir With Love or did you see him before?”

Lulu recalled that it had been on-set, agreeing: “As you said, it’s bittersweet.”

She added: “He did have an amazing life,” before commenting on his good age.

“But there’s some sadness there,” she continued.

The actress went on “When I first met Sidney I was terrified! I was full of fear.

“I mean, in ‘Lulu Land’ I was a big deal, I was a pop singer but in the scheme of things, he was, as you said, an Oscar winner.

“His presence was absolutely huge. And the one word that jumps out at me that I think of for Sindey is ‘dignified’, he had tremendous dignity.

“He was like a teacher to me on the set and off.

“Every part that Sidney played is an example of how a human being should be.

“You know, to lift ourselves up, to be uplifted, not to be down in the dregs – and just the best he could be.

“So, I think, he’s died, but we should celebrate his life – that’s what I feel and actually everyone should watch his movies, I think you’ll learn a lot from them.”

Beloved actor Sidney’s most acclaimed films have included The Defiant Ones and Blackboard Jungle.

He became the first Black man to be awarded a Best Actor Academy Award.

His death on January 6 was confirmed by Bahamian Minister of Foreign Affairs Fred Mitchell.