“A Million Little Things” — an ABC drama about a friend group that becomes closer in the wake of an unexpected suicide — has covered many important issues for marginalized communities during its three seasons on air, from racism to immigration issues to depression. Creator DJ Nash explained that many of the storylines are based on real-life experiences, and most are handled with the care they deserve.

At the beginning of Season 3, which concludes in the next few weeks, we learned that Eddie Saville (played by able-bodied actor David Giuntoli) has an unspecified spinal cord injury after getting hit by a car. On the surface, this is a typical plot for a primetime drama — after all, characters become disabled on TV sometimes. The plane crash on “Grey’s Anatomy’s” Season 8 finale that resulted in Dr. Arizona Robbins (played by able-bodied actor Jessica Capshaw) becoming an amputee is seared into TV history — but it’s not 2012 anymore. The disability community deserves better.

As a wheelchair user who watches “A Million Little Things,” I tried to give it time to navigate through its difficulties representing disabled life authentically. But Eddie’s storyline has only become more offensive as the season progresses, to the point of making me feel triggered and angry. ABC has a history of breaking ground in disability representation on TV with its 2016 comedy “Speechless,” which featured a disabled actor in a lead role centered around his disability. There are no excuses for careless portrayals in 2021 and it’s time to hold productions accountable. 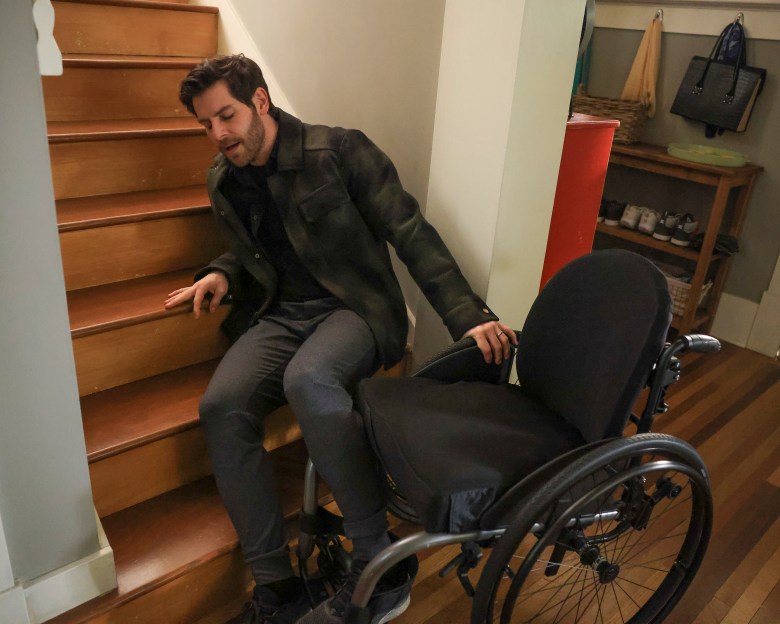 Others agree. Teal Sherer — actor, disability advocate, and creator of the web series “My Gimpy Life” — is baffled that people aren’t talking about its poor disability representation.

“I have been seeing progress in the way disability is portrayed on TV particularly in the last couple of years,” Sherer said. ”So watching Eddie’s storyline is a strong reminder to me of the work that still needs to be done.”

Sherer has been acting for nearly two decades and  knows the sting of not being hired for a disability-specific part all too well. She auditioned for a lead part  in the 2020 film “T11 Incomplete” about a paraplegic woman who falls in love with her home health aid. But she lost it to Kristen Renton, an able-bodied actress. Sherer is not upset that she was not chosen, she’s upset that the role was not cast authentically. ”I’m like, ‘Why? How did you not find somebody [who uses a wheelchair]’? Especially when they’re the lead of a film like that, I think it just takes any integrity out of it.”

ABC declined to give a comment on the record about the portrayal of disability on the show, but a source close to the show said that the idea for Eddie’s storyline came from the fact that one of its writers grew up with a disabled parent.

But this fact doesn’t lend to the storyline’s credibility, according to Professor Emeritus of Towson University Beth Haller, who teaches Disability and Mass Media Studies. “I think acquaintances, friends, family members are almost sometimes the worst people to tell the stories because they’re very upset about what happened to their loved one or their friend,” she said. “And so, it’s hard for them to get out of the tragedy model because all they can think of, especially if somebody is disabled through an accident is that they remember them before and now all they can think of is all the things they can’t do. So, I think it’s really problematic in sometimes the worst possible way.” (The tragedy model of disability characterizes disabled people as “victims of circumstance who are deserving of pity,” according to Disabled World.) 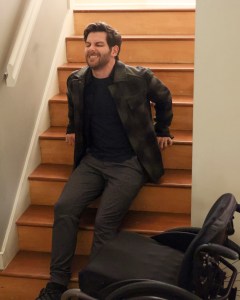 Haller explained that another harmful model of disability that is portrayed is the medical model. This model takes “humanity out of someone and they’re just being presented as their disability,” Haller said. “Until we get away from the tragedy and medical models, we’re not going to see those [positive] narratives and so we really have to fight forward to try to get those [negative] narratives out of our media,” Haller said.

Sherer — who became paralyzed in an accident when she was 14 years old — is frustrated by what she called the “missed opportunities” she saw on “A Million Little Things.” ABC should look to the affirmative model of disability, one that is the opposite of the tragedy model in that it presents disability as an enriching part of someone’s personal and collective identity that should be celebrated.

For example, we never see Eddie attend a physical rehabilitation center after his injury, Sherer notes. There, he would have learned about life with a disability, disabled culture, and may have met a mentor. “I know when I was in rehab, I had a girl come visit me who did peer support with me. And that was huge.” Sherer said that seeing someone who had been living in a body that moved differently for years  showed her what was possible in her own future. “And I think that’s one of the things that’s missing from the show is other wheelchair users, which could be actually cast authentically with actors who are wheelchair users to help round out [Eddie’s] narrative.”

Instead of authenticity, “A Million Little Things” opts for shame, the core of the tragedy model. Eddie is a recovering alcoholic who was at a bar contemplating taking a drink on the night of his accident. He thought he played a role in a friend’s death, so for part of the season he believes his injury is his bad karma. Eventually, he learns that he was not with his friend when she died. Without a “good” reason to explain why he’s a wheelchair user, Eddie becomes addicted to pain pills, which Sherer called “absurd” because “what justification is there for any of us that have a disability or have gotten a disability?”

“I think [Eddie relapsing] reinforces the stereotype that disabled lives aren’t worth living. And, you know, one of my biggest frustrations is when people in public assume my life must be so miserable,” Sherer said. “A Million Little Things” compounds on their mistakes by portraying Eddie as hesitant to have sex because he tells his wife Katherine (Grace Park) “my body broken and I don’t know how to use it.” Instead of hearing such harmful words, Sherer would have liked to see the couple adjust to the fact that Eddie’s body moves differently but the couple still desires each other. 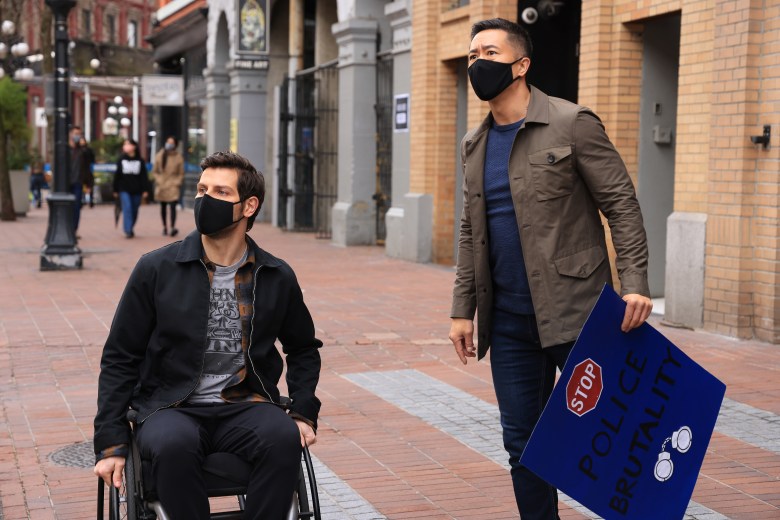 Haller reinforced why authentic representation of disability on a national network is so important. “I think people still don’t know a lot of disabed or deaf people in their personal lives and so having good representation in TV and film really gives people a little bit more information, said Haller. “I mean, when they’re getting all their information from entertainment TV, it needs to be darn good.”

Both Sherer and Haller said that if a network can’t hire a disabled actor to play a disabled part, they can and should hire a disability consultant to be on set. Organizations exist to help TV and film productions increase disability authenticity within stories. Haller is also a co-founder of The Global Alliance for Disability In Media And Entertainment which was created to “encourage actions to increase and improve representation of persons with disabilities in the media” through working on initiatives and with production companies. C Talent is a talent agency that works exclusively with deaf or disabled performers.

“People are telling our stories that should not be telling our stories,” Sherer said. She does see a path forward for the show, because there are flickering moments that feel true to life. Sherer’s young son loves to wheel around in her wheelchair like Eddie’s son Theo (Tristan Byon) does. It’s just absolutely ridiculous to create a story about Eddie being stranded in the living room and peeing his pants because Theo forgets to bring his chair back to him. Those are situations newly injured people learn to navigate or avoid in a physical rehabilitation center.

“I mean, going forward, I would like [‘A Million Little Things’] to introduce some other characters in chairs,” Sherer said, adding ,”we can stop with the storylines of his disability, making him ‘less than’.” In reality, Eddie’s life would go on and not be so focused on his injury causing shame and explaining his addiction. “[‘A Million Little Things’ has] a responsibility and that shouldn’t be taken lightly and they need to know that,” Sherer said.