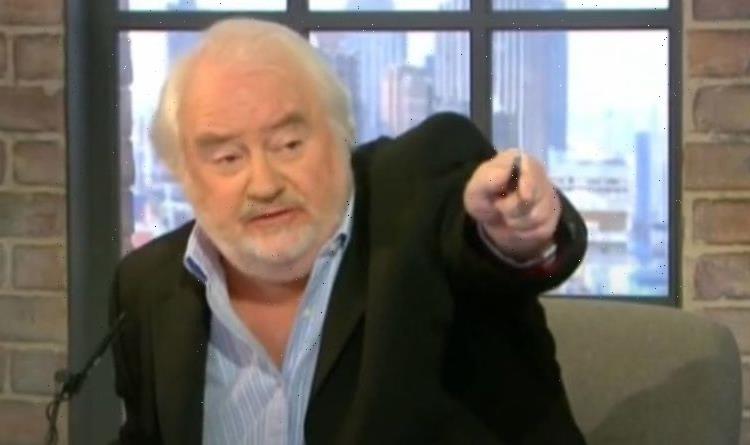 Mike Parry appeared on Jeremy Vine on 5 where he joined the panel to debate the recently announced Budget. While Mr Parry welcomed some of the news from Rishi Sunak, the Channel 5 guest raged against the decision to spend the £30billion created through revised unemployment figures on departments. He argued it was commonplace to see money squandered on some sectors of the economy the more that was spent and urged the Chancellor and other ministers to review how their department spends its money rather than receive more taxpayer cash.

Speaking on Jeremy Vine on 5, Mr Parry was asked for his verdict of the Budget and confessed that while some aspects of it were welcome, the Chancellor ultimately came off as “weak”.

He told the programme: “Some of those things on your board there are very welcome, business rates, alcohol duty, fuel duty.

“But my overwhelming dread is the amount of debt that the Government’s now building up.

“I mean, it got a £30billion a year bonus from the revised figures about what unemployment is going to be like after pandemics levelled out.

“And he’s given it all to his departments, now that to me is a weak Chancellor.

“You know, a good solid Chancellor would say, we are in so much debt already we’re at over £400billion worth of debt because of the pandemic.

“I’m sorry, you can’t have any more for your department and then put the onus on the individual Secretaries of State to work out how they spend within their department instead of just giving them more.

“When you keep throwing more and more money at something the effect of the extra money diminishes.

Brexit: Rishi Sunak on tax system that makes 'no sense'

“And I would have loved to have heard an announcement to go along with the extra money he’s giving to everybody everywhere else.”

The Institute for Fiscal Studies reported £30billion could be saved from the UK’s borrowing requirement if there is no long-term damage from the pandemic.

Taxpayers are also expected to see a change to their National Insurance contributions next April which was announced earlier this year.

The taper rate for Universal Credit, the limit where the benefit stops paying out for people working, was reduced from 63p to 55p.

This means instead of keeping 37p for every £1 they earn over the £515 non-housing support UC payment, claimants can now keep 45p.

However, the temporary Universal Credit uplift of £20-a-week was also scrapped which means not everyone has seen a positive to the changes.

New alcohol duty has also been revised where ABV tax levels out across different drinks.

For example, drinks above 8.5 percent will pay the same rate of duty meaning rose duty will come down whereas strong beer will be more expensive

Generally, most drinks will see a decrease in price of a few pence.