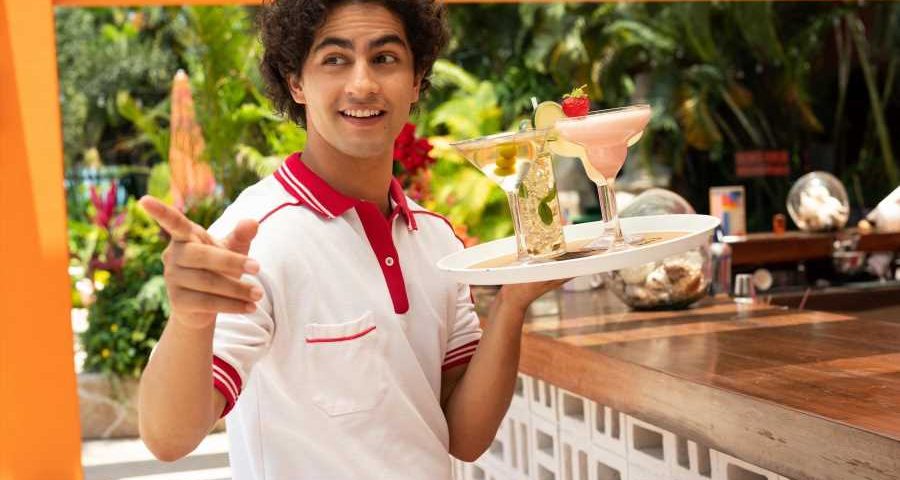 Eugenio Derbez was already a well established film and TV actor in his native Mexico when he decided a decade ago to see if he could find similar success in the United States. He had a prominent role in Adam Sandler’s Jack and Jill as a gardener smitten with Sandler’s female alter ego, then wound up as Rob Schneider’s sketchy uncle in Rob, an insensitive-bordering-on-offensive CBS sitcom where Schneider struggled to relate to his new Mexican-American in-laws. The show was terrible — a beauty-versus-the-beast sitcom with a clumsy multicultural twist — but Derbez shone in the role. When Rob was canceled, he returned to Mexico and became an even bigger star, both at home and internationally, often with films he wrote and/or directed, like 2013’s Instructions Not Included. (He’s also periodically returned to the U.S. for movie gigs, like 2018’s gender-flipped Overboard remake with Anna Faris.)

Black Sabbath on the Making of 'Vol. 4': 'It Was Absolute Pandemonium'

Since Rob was canceled, the streaming era has vastly diversified the kinds of series that get made. The scripted TV landscape in the States is, thankfully, much broader and more varied than the last time Derbez tried to join it — a positive change that’s exemplified by his warm and clever new Apple TV+ dramedy, Acapulco.

On the one hand, Acapulco (created by Austin Winsberg, Eduardo Cisneros, and Jason Shuman) is itself a familiar blend of other shows: a generous serving of Eighties nostalgia (most notably resembling Amazon’s Red Oaks) sprinkled with a lot of How I Met Your Mother narrative devices and various coming-of-age clichés. On the other, it is set in Mexico with a multinational cast of actors and frequently toggles between English and subtitled Spanish dialogue. And it’s the characters from north of the border who are treated as the slightly caricatured interlopers here, while the deep roster of Latinx performers are given more complex roles. The show is not perfect, and at times often seems to aspire merely to pleasantness, but it’s frequently charming and clever, and combines its borrowed components into something that feels new more often than not.

(*) Diane is also presented as Jane Fonda’s biggest rival in the burgeoning market for aerobics-workout home videos, which in theory would allow for an Eighties-style TV crossover with Apple’s Physical. If nothing else, that would force the terribly dour Physical to lighten up for a half hour.

The bulk of the action takes place in 1984, with the older Máximo’s voiceover providing exposition, and occasionally embellishment. (Where the older Ted on How I Met Your Mother used to refer to smoking marijuana as “eating sandwiches” in front of his kids, Máximo in one episode substitutes playing dominoes for having sex). Derbez is likable and verbally nimble, but the series for the most part leans on the appeal of Arrizon as the much younger and more naive version of the character. Fortunately, Arrizon is up to the challenge, and he’s well-flanked by an ensemble playing a wide but complementary array of character types and tonal styles — from Alcázar’s understated cool as Don Pablo to the broader personae of Carsa as the enthusiastic Memo or Rafael Cebrián as cocky pool attendant Hector. 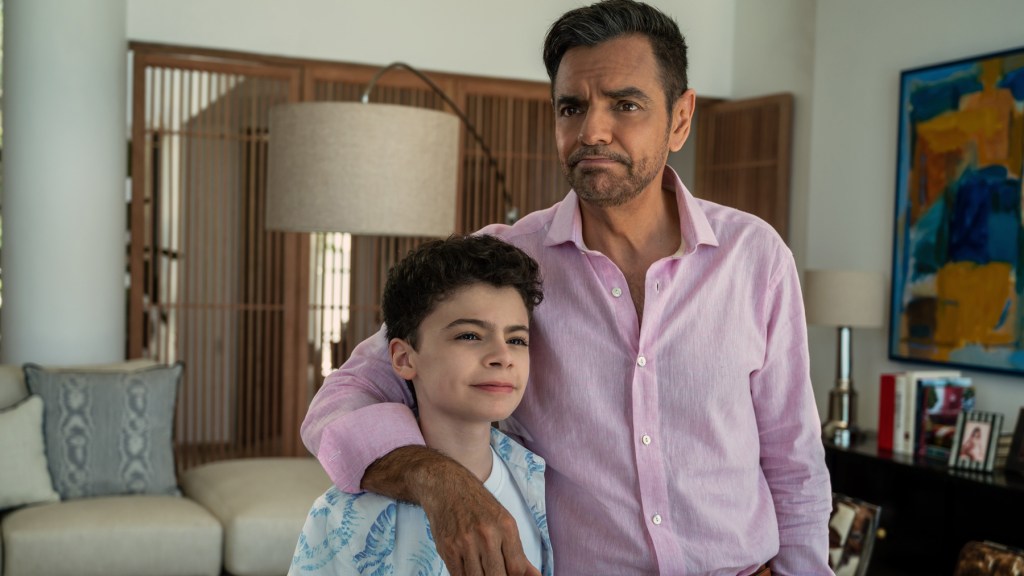 In one of the funnier bits of business on a show that tends to produce more smiles than laughs, Hector over-pronounces a string of English words like “styrofoam” and “eczema” for an impressed Máximo. The resort has an English-only policy for all staffers who interact with guests(*), but when the action shifts away from Las Colinas — or even to the laundry room where Memo toils under the amusingly threatening supervision of Lupe (Regina Orozco) — everyone speaks Spanish. It’s a smart creative choice that allows the show to feel true-to-life while adding some tension between staff and management, since Chad and Diane know little to no Spanish. It’s also a marker of how quickly American audiences have become accustomed to watching shows made or set in foreign countries, usually presented in other languages.

(*) One notable exception to this policy: The resort employs a pair of poolside singers, played by Rodrigo Urquidi and Rosanna De Leon, who perform delightful Spanish-language covers of popular Eighties hits like “Eye of the Tiger” and “We’re Not Gonna Take It.”

The comedy could be sharper, though occasionally all the elements pop into place, like an episode set in the pre-dawn period when rowdy wedding guests refuse to leave a space that’s been booked for a lavish convention breakfast a few hours away. And there are moments where the younger Máximo seems a bit too innocent even for the relatively sanitized version of the story his older self is telling to Hugo. (When Hugo wonders how his uncle knows about events he wasn’t present for, he replies, “Ninety percent of it, I heard about later. Ten percent is poetic license.”) But the emotional beats — particularly in separate subplots involving a painful secret of Don Pablo’s, and a delicate secret of Sara’s — land very well. On the whole, Acapulco feels like a satisfying enough scripted destination, albeit the kind its biggest name had to wait for American television to be ready to make.