In an episode from the 2020 series of Gardeners’ World, garden designer Adam demonstrated to BBC viewers the best ways to grow leeks. But the plant expert had to go against one of his green-fingered instincts in order to do so, and he confessed the process wasn’t comfortable for him despite it being the best way to grow the vegetable.

While explaining how to grow the plant, Adam showed viewers how to space the leeks and set the soil.

He continued: “And we’ve got one more job to do. So, this is the bit, as a gardener, that makes me feel slightly uncomfortable.”

Adam gestured towards the holes he had created for the individual leeks to be placed into.

“When I drop those leeks into the holes, I’m not going to fill them back in,” he explained to viewers. 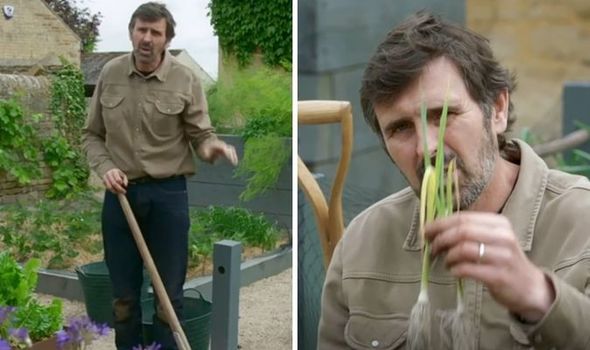 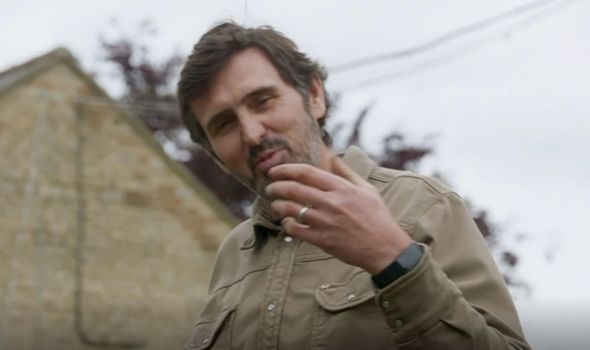 “All I’m going to do is put water into each hole and that will settle that soil in and around those roots and then over the coming weeks, the soil will just fall back into the hole.”

So instead of the base of the plant being secured in place by soil, the hole was filled with water.

Not filling in the space surrounding the plant is not a typical tip from expert gardeners, so Adam found it a strange thing to advise.

He continued: “I’ll come to the other leeks, and I’m just going to water them as normal.” 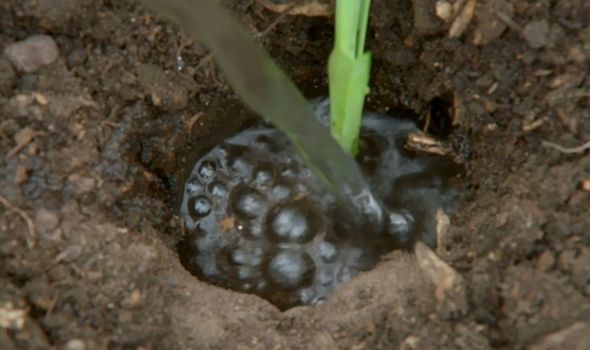 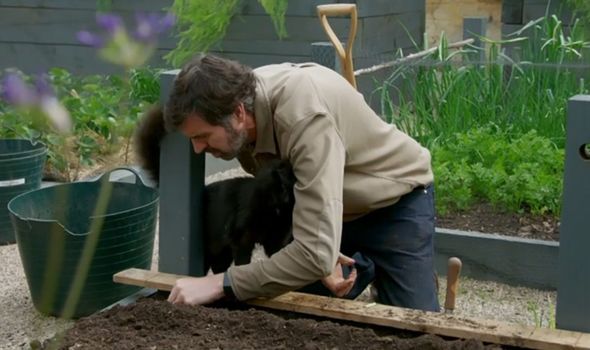 But the gardener went on to explain his reasoning, adding: “And what I’ll do, as these start to grow – where I’ve dug those trenches – as the leek starts to mature, I’ll keep just pulling that soil back in.

“And what that will do is it will just keep blanching the stem of the leek.

“So you know you get your lovely long white stems on your leeks – by actually covering up the leek and not letting the light in, they really end up with that beautiful white stem that you can enjoy for your Christmas dinner.”

He had also detailed other ways to grow leeks so viewers could choose a method that works for them.

Another way Adam demonstrated was to simply dig a shallow trench and place the vegetables in after preparing them.

He explained: “What I’ve got here is actually some leeks that I sowed quite late if I’m honest with you.

“So what you’re really looking for is a leek that’s probably about pencil-thin.

“These are quite slim pencils, but they’ll be alright.” He trimmed the roots to make it easier to place the leeks in the hole.

The presenter also tidied up the tops of the plant to stimulate further growth, explaining the reason for each step to gardening beginners.

“Then you just drop them in the hole,” he explained. “It’s really easy.”

Another way Adam guided viewers through was to make 15cm deep holes, dropping the leeks in and backfilling them.

Gardeners’ World episodes from 2020 are available to watch on BBC iPlayer and the 2021 series airs Friday nights at 9pm on BBC Two.