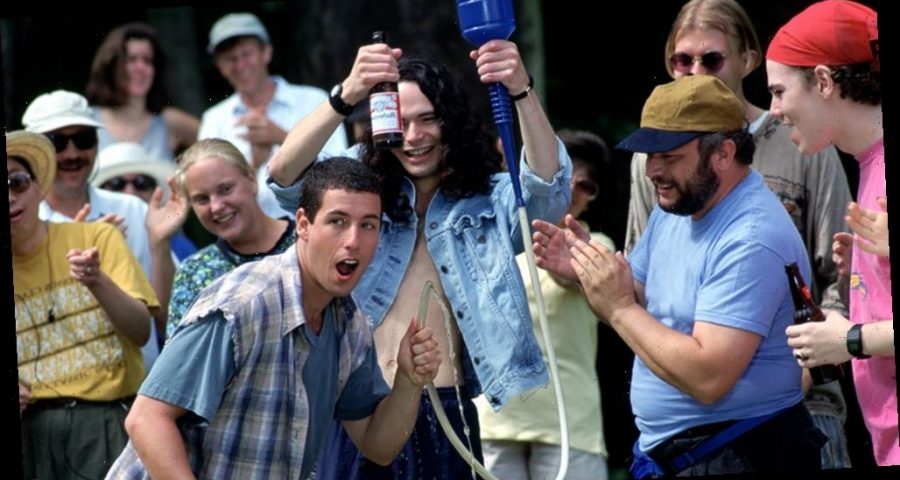 Adam Sandler’s Happy Gilmore still has the skills 25 years after the Dennis Dugan film premiered. Sandler celebrated Happy Gilmore’s 25th anniversary on Twitter by showing off his golfing chops in a video.

“It’s been 25 years since I’ve done this, let’ see what happens. Shooter McGavin, this is for you,” Sandler says, dedicated his impressive putt to his on-screen rival. “I’m not lying to you. That is smashed. Smashed. That went pretty well. You’re dead, Shooter.”

In the film, Sandler stars as a retired hockey player who seeks to put his golf skills to the test to save his grandmother’s house. Sandler starred alongside Julie Bowen, Frances Bay and Christopher McDonald, who appeared as Shooter McGavin.

However, Sandler wasn’t the only one channeling his Happy Gilmore character to celebrate the film. Shortly after the Hubie Halloween actor’s video, McDonald shot his own response to Sandler’s golf challenge and shared it on Twitter.

“Thank you to all the fans and thank you to you, Adam Sandler, and why don’t you just meet me at the ninth green at 9, Gilmore? Oh and Gllmore, wear something nice,” McDonald continued.

See Sandler and McDonald’s videos below.