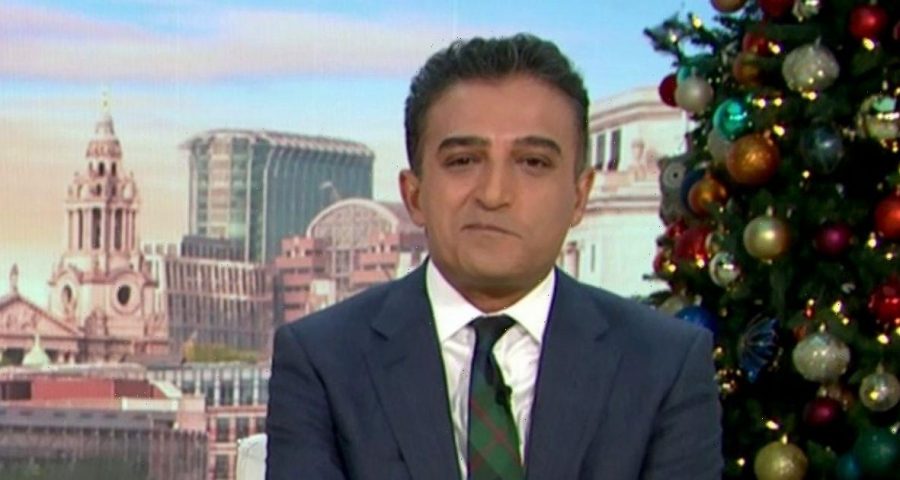 Former Strictly Come Dancing professional Janette appeared on the ITV show live from Slovenia, where she is spending Christmas with her husband Aljaž Škorjanec and his family.

But when Adil and his co-host Charlotte Hawkins discussed the dancing competition and the joys it brings to the nation, Adil made a remark to suggest that he didn't know who BBC Breakfast presenter Dan was.

Janette explained: "It's the love and the joy that it brings to everyone coz as a professional dancer you travel the world and you dance on stages everywhere and you go to theatres and venues and there's an appreciation for what we do onstage and onscreen.

"But when you do a show like Strictly Come Dancing and you take people like Dan Walker or you take Sara Davies, who've never done anything like this before in their lives…"

Charlotte chimed in: "Oh don't worry about him, that's fine," as Adil added: "No, never heard of him, carry on."

Laughing awkwardly at his comment, the dancing star continued: "But it's about taking people that have never danced before, have never performed before in their lives and really creating a space where they feel like they can let go and become an artist.

ITV's Good Morning Britain and Dan's show BBC Breakfast have been in television rating wars for a number of years as both channels have competed for viewers during the early morning slot.

Previously when Piers Morgan hosted the ITV show, Dan would often share public feuds via Twitter regarding ratings with his rival.

Though the pair seem to be friendly while away from their work commitments, online it can look like a different story.

Earlier this month when Dan departed from Strictly he took to Twitter to write: "Well… what a ride!

"#Strictly has been a truly wonderful experience for me. I enjoyed every second. @NadiyaBychkova is a superstar: kind, encouraging, funny, clever, the best teacher I could ever have hoped for & a great friend.

"Thanks for the support & thanks for having us."

Outspoken Piers then replied: "You came 5th, mate. She needed a better pupil."