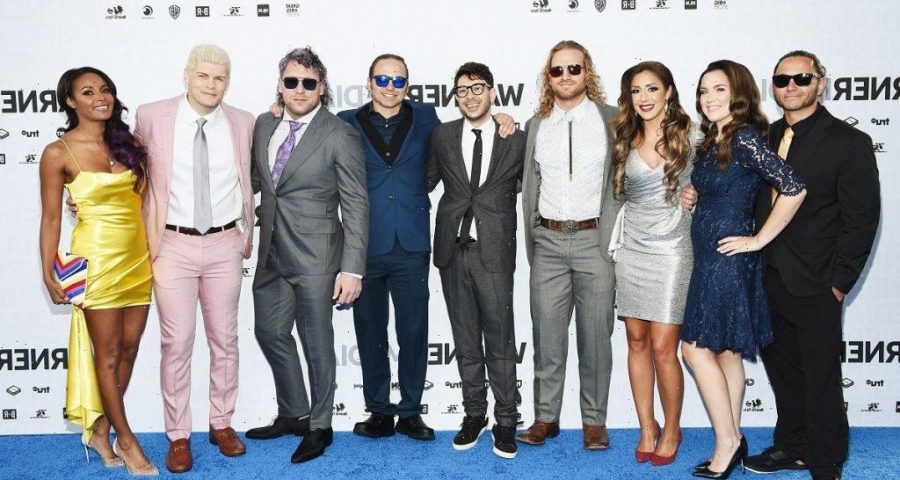 AEW Dynamite is becoming wrestling’s biggest TV show. Every Wednesday, fans tune in to watch stars such as Jon Moxley, Chris Jericho, and Kenny Omega battle it out in the ring. Thanks to their loyal fan base AEW garners nearly a million viewers each week and has become WWE’s biggest competition. The show has undergone recent shakeups and will have a significant change coming next year.

Since its debut in October 2019, AEW Dynamite has become a main staple of the TNT Network. However, the show will soon have a new home. According to Deadline.com, the wrestling show is moving to the TBS Network early next year.

The program will keep its’ same timeslot of Wednesdays at 8 pm for its January 5, 2022 premiere. Rumors of a network switch have been circulating for a while. With the confirmation announcement made, the show is prepping for its big move. Although Dynamite is leaving, AEW’s other show, Rampage, will remain in its Friday 10 pm timeslot.

Reason for the show’s move

Dynamite’s been a massive success on the TNT Network. Not only has it sparked a passion for pro wrestling, but it’s become done wonders for network. Executives are happy and tout the show’s high ratings. So why would they want to take the program off their network?

According to ComicBook.com, the reason is is because of Turner Sports’ recent NHL deal. The network has acquired broadcasting rights to air future hockey games on its channels, including TNT. To accommodate their new acquisition, Turner makes TNT the new home for Wednesday night NHL games while moving Dynamite to its sister network.

How will the move affect AEW?

Dynamite’s move to TBS is big news, and many are wondering what impact this will have on the wrestling program. In a Reddit thread, fans discussed their thoughts on the upcoming change. “I’m kinda excited about this. Pro wrestling belongs on TBS,” wrote one user. Another commenter chimed in with, “This was completely unexpected on my end, but a pleasant surprise nonetheless.”

It seems most AEW fans are happy with the move and plan to follow the show to its new home. As for what effect it’ll have on the ratings, that remains to be seen. However, come next year, TBS’ Wednesday nights will be Dynamite.