If you haven’t watched the After sequel, After We Collided, you are about to enter spoiler territory.

What’s next for Tessa (Josephine Langford) and Hardin (Hero Fiennes Tiffin) after that cliffhanger?

‘After We Collided’ Stars on Off-Screen Relationships and Movies 3 and 4! (Exclusive)

‘After We Collided’ Stars on Off-Screen Relationships and Movies 3 and 4! (Exclusive)

The After sequel, After We Collided, ended with the young couple reuniting and giving their rocky romance another shot, following a love triangle that never truly materialized with Tessa’s Vance Publishing colleague, Trevor (Dylan Sprouse), aka the anti-Hardin; demons from Hardin’s traumatic childhood with an abusive father; and a lot of R-rated sex. Like, a lot. But the film — which abandoned the dark, brooding tone of the first and adopted a lighter, more subversive vibe, courtesy of Cruel Intentions director Roger Kumble — had one final surprise in store for loyal fans of Anna Todd’s best-selling novels: Tessa’s estranged father is back in the picture.

With filming on the third and fourth movies already underway in Europe, it’s only a matter of time before the answers to all your looming questions will be served on a silver platter. But back to the sequel! ET recently hopped on the phone with Kumble, who broke down his approach to the latest movie, how he balanced satisfying the fandom’s wishes with taking creative liberties as a filmmaker, introducing another love interest for Tessa and that cliffhanger ending.

ET: What drew you to the After franchise?

Roger Kumble: I never did a sequel before. I haven’t gone back to the tone of Cruel Intentions in a while, so I was looking for something like that. I literally just finished making this very sweet rom-com for Netflix [2019’s Falling Inn Love]. So anytime I’m done with something, I’m like, “I want to do something different.” I was editing this movie and my agent was like, “Oh, you should check out this book.” I knew the producer, Jennifer Gibgot, so I watched the first movie and I read the book and I sat down with her and Anna Todd. They were telling me how they would like the second film to be more like Cruel Intentions, is basically what they said. And I was like, “Well, I can do that.” I wanted it to be a bit of an emotional roller coaster. I liked the first movie and I liked the director [Jenny Gage], but I wanted to give a completely different experience. I started diving in with the script and diving in with the book and I promised Anna. I said, “Look, I’m going to be as faithful to the book as possible,” because I got a sense of the fandom and how important it was for them.

When you said you liked the first movie, what did you think worked? What did you want to bring into the second movie?

I didn’t stay true to the tone. I kind of looked at it like there’s Alien and Aliens. That’s the best comparison I could always come up with. Aliens is a sequel, but it is a completely different movie. Much more action and intense, where Alien is beautiful and poetic and brings you into the world where I was kind of like, “Damn, damn, damn, damn, damn,” you know? I was like, I’m going to go out on a limb here and just giving my own interpretation of this story, knowing that the threads would be the actors and the score.

The fans are passionate. Was there a part of you that was a little hesitant about diving into such a big fandom who are protective of this world?

No, only in the sense that I knew the first movie took liberties from it, that I was going to bring it closer to the book. So I knew I was going to make them happier. 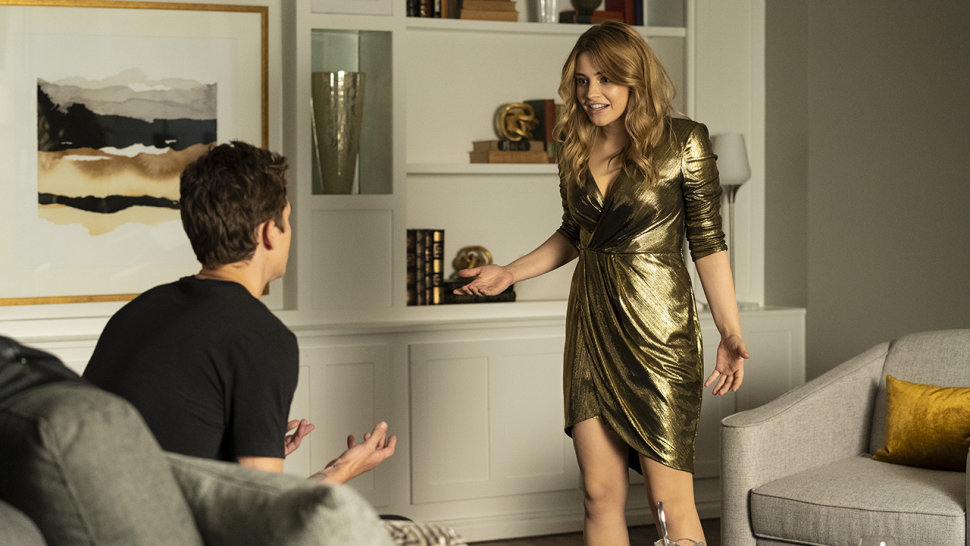 Did you find it difficult at all balancing fan service with taking creative liberties in a franchise like this?

You know, I didn’t because I took it head on because I’m also 54. I’m not at the start in my career, you know? It’s not like if I screw this up, it’s over. I have teenage daughters. It’s fun to connect with that peer group and try and tell this story. In the same way, I like to engage. Having directed Pretty Little Liars, the interaction can help service it if you use it correctly. And by the way, I’m willing to… I continue to engage with the fandom. There are people who love it. There are people who are like, “You made it too funny.” And I said, “You know what? Let’s have a tribunal in a few weeks. You could put me on the stand and I’ll defend my reasons of why I made the choices I made.” This is kind of an interesting experiment; it’s not about trolling. It’s more about this is a passionate fanbase and we can have an interesting conversation.

Fans are feel very connected to Hardin and Tessa, and their love story. It’s amazing and mind-blowing that these characters have elicited such a passionate response.

Yeah. Isn’t it? It’s fascinating. I’m glad I get to experience this once in my career where you have this loyal fanbase, where you can’t please everybody. You have to please yourself at first.

A new character comes into the picture in Trevor, who was meant to be a crucial third point in the love triangle. What kind of conversations did you have with Anna about whether to lean into that a more? Why did you decide not to?

The initial conversations with Trevor were more like going back to the book and knowing that she had two different love triangles going on in the second book. She had Trevor and she had Zed. I said to Anna, “I can’t do both in a 95-minute film. It’ll short-trip everybody. I think we should pick Trevor because he was opposite of Hardin.” And she agreed with that. When you don’t have a lot of screen time to devote to this, he better be charming right off the gate. And that’s where I was leaning into some of those rom-com moments because it pushes the story along a lot quicker. And it’s fun to watch. In terms of why we didn’t continue that story through, that’s more trying to stay true to the other books. Knowing that Trevor character isn’t really a pivotal character in future books, it’s like, well, we should close this out.

It’s really difficult to root against Trevor all throughout the movie.

Well, that’s good, because that was my goal. I want people to be torn. I want people to be on Team Trevor, I want people to be on Team Hardin and I want there to be fights. That to me is like Edward and Jacob [in Twilight], you know what I mean? I don’t want to make it too easy for the audience to pick. At the same time, I had the challenge of trying to redeem Hardin after he did this horrible thing. So we’re starting at a real negative with his character. That’s where I was trying to use some lighter moments, at least in the first third of the film, to explain why Hardin is the way he is. 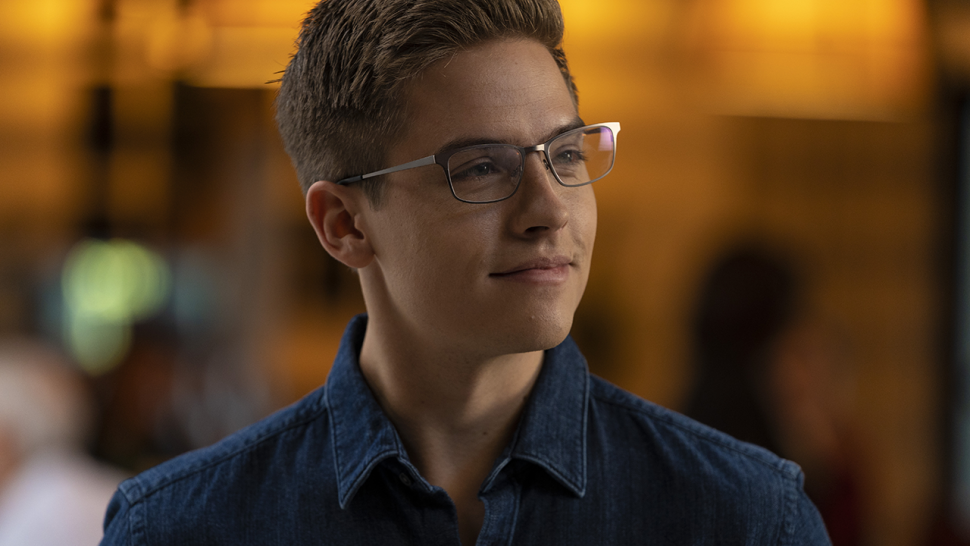 Trevor has a line where he says to Tessa that Hardin is toxic. Is he right? Is his observation directly addressing more the issues some have had about Tessa and Hardin’s relationship?

I think he’s accurate. That’s my interpretation though. But I think what he’s saying is, a good deal of the audience’s POV is this is a toxic relationship. Regardless of if love can conquer all, we’ll have to see in the other two movies. But just because somebody is right on paper doesn’t mean you’re going to wind up with them. That’s what made it interesting for me, that triangle. We weren’t spoon-feeding the answers to the audience.

You’ve cornered the market on sexy teen stories and After We Collided definitely fills that space, that signature that you have, especially with the steamy sex scenes.

Certainly can’t wait for the third movie because it ends on a cliffhanger with the unexpected appearance of Tessa’s dad.

Does Tessa actually go through with taking the job in Seattle?

She does in our movie. I don’t know if they continue that.

Switching gears to Cruel Intentions, Demi Lovato recently credited the movie for making her realize that she is queer, specifically Sarah Michelle Gellar and Selma Blair’s kissing scene. What is your reaction?

I’m proud when I see things like that. I wrote that [movie] in ’97 and we filmed it in ’98. The most important thing to me was Sebastian can be vile but he has a gay best friend and he doesn’t care. But the fact that he didn’t care that Blaine was gay or that the girls were using their sexuality, they brought it into the mainstream. So I love it when I get tweets from people saying, “Ryan [Phillippe]’s butt made me gay.” Like, that’s amazing. This is the greatest compliment I could ever get in my career. Whatever I could do to help somebody through my work, I mean, I love that. I thought that was so cool of her. I posted it and so did Sarah and Selma. It’s just great.

After We Collided is available in select theaters and On Demand in the U.S. now.

To stay up to date on breaking movie news, sign up for ET’s daily newsletter.