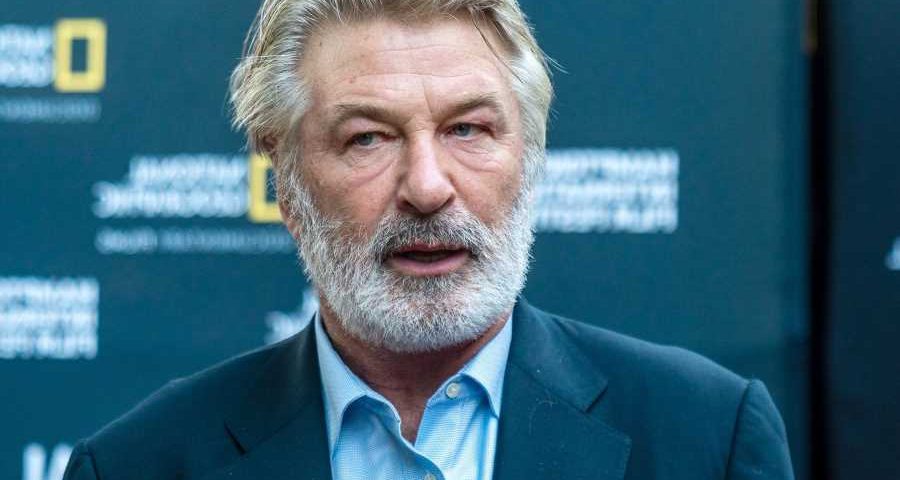 A director of photography was killed and a film director injured after actor Alec Baldwin “discharged” a prop firearm on a film set in New Mexico on Thursday.

“According to investigators, it appears that the scene being filmed involved the use of a prop firearm when it was discharged,” the Sheriff’s office said. “Detectives are investigating how and what type of projectile was discharged.”

Alec Baldwin on Sean Connery: 'No One Was Cooler'

The 30 Sexiest Music Videos of All Time

“There are no words to convey my shock and sadness regarding the tragic accident that took the life of Halyna Hutchins, a wife, mother, and deeply admired colleague of ours,” Baldwin tweeted Friday morning. “I’m fully cooperating with the police investigation to address how this tragedy occurred and I am in touch with her husband, offering my support to him and his family. My heart is broken for her husband, their son, and all who knew and loved Halyna.”

Hutchins was transported flown to a hospital in Albuquerque, where she later died. Souza was transported to a medical center in Santa Fe where he received emergency treatment for his injuries; actress Frances Farmer, who is also in Rust, tweeted that Souza has since been released from the hospital. Farmer also posted a tribute to Hutchens on Instagram:

The International Alliance of Theatrical Stage Employees (IATSE) Local 44, the union of film workers that includes propmasters, sent an email to members (via Indiewire) about the “accidental weapons discharge,” noting that “a live single round was accidentally fired on set by the principal actor, hitting both the Director of Photography, Local 600 member Halnya Hutchins, and Director Joel Souza… Local 44 has confirmed that the Props, Set Decoration, Special Effects, and Construction Departments were staffed by New Mexico crew members. There were no Local 44 members on the call sheet.”

Baldwin, who is a co-producer of the film, portrays the titular outlaw Rust, whose 13-year-old grandson is convicted of accidentally killing someone.

The film’s production company Rust Movie Productions said in a statement, “The entire cast and crew has been absolutely devastated by today’s tragedy, and we send our deepest condolences to Halyna’s family and loved ones,” the company said. “We have halted production on the film for an undetermined period of time and are fully cooperating with the Santa Fe Police Department’s investigation. We will be providing counseling services to everyone connected to the film as we work to process this awful event.”

The International Cinematographers Guild, Local 600 said in a statement, “We received the devastating news this evening, that one of our members, Halyna Hutchins, the Director of Photography on a production called Rust in New Mexico died from injuries sustained on the set. The details are unclear at this moment, but we are working to learn more, and we support a full investigation into this tragic event. This is a terrible loss, and we mourn the passing of a member of our Guild’s family.”

Actor Joe Manganiello, who worked with Hutchins on the film Archenemy, tweeted Thursday: “I’m in shock. I was so lucky to have had Halyna Hutchins as my DP on Archenemy. An incredible talent & great person. I can’t believe this could happen in this day and age… gunfire from a prop gun could kill a crew member? What a horrible tragedy. My heart goes out to her family.”

The incident is reminiscent of the death of actor Brandon Lee, who was killed while filming the 1993 film The Crow when live ammo was lodged in a prop firearm that was loaded with blanks, hitting the 28-year-old Lee while filming a death scene.

The actor’s sister Shannon Lee, who operates Brandon’s memorial Twitter account, tweeted Thursday following the Rust incident, “Our hearts go out to the family of Halyna Hutchins and to Joel Souza and all involved in the incident on Rust. No one should ever be killed by a gun on a film set. Period.”