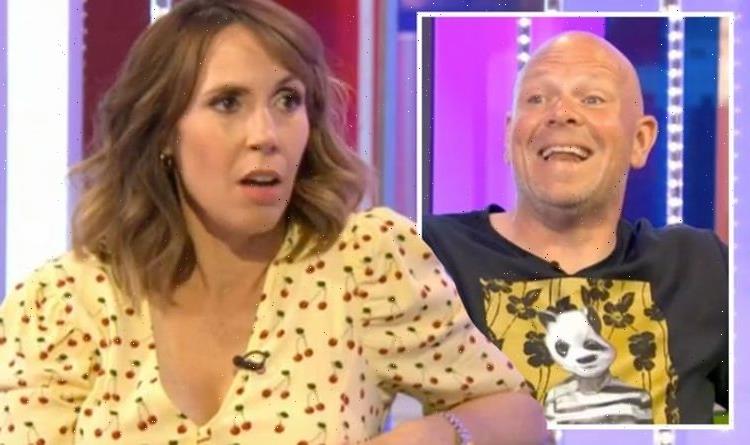 Alex Jones comically asks Tom Kerridge what he is making

Alex, 44, was on hand to host the second instalment of The One Show this week alongside co-star, Jermaine Jenas, 38. The pair were joined in the studio by Tom, 47, and former Strictly Come Dancing It Takes Two presenter Zoe Ball, 50, to talk about the projects they were involved in. Unfortunately, in a discussion about how the chef was working with footballer Marcus Rashford 23, to help ensure school children don’t go hungry, Alex made a blunder on the BBC show about what it was Tom seemed to be making in a video displayed on-screen.

Both Tom and Marcus were seen grating potatoes in the videos as part of the preparation for a potato hash recipe.

The chef explained Alex was going to be featuring in a masterclass to help raise awareness of the cause but she didn’t seem too optimistic.

“I can’t wait to watch that one,” Jermaine remarked, with his co-host adding: “What I can offer, I don’t know, but I will give it a go.

“These videos then come on Facebook [each] Sunday and Marcus’ Instagram page,” she continued before making the blunder about the dish Tom was preparing in the video.

“You’re making, I think it’s hashes…potato hashes,” the presenter said as the studio burst into hysterics. 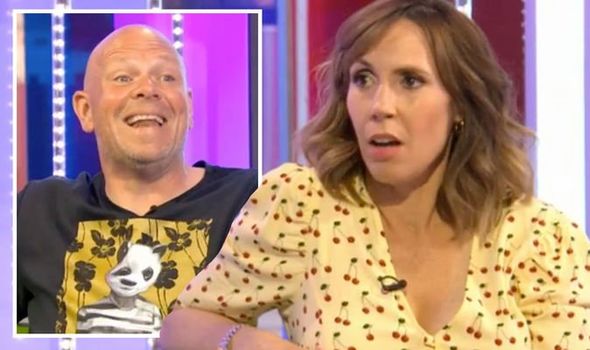 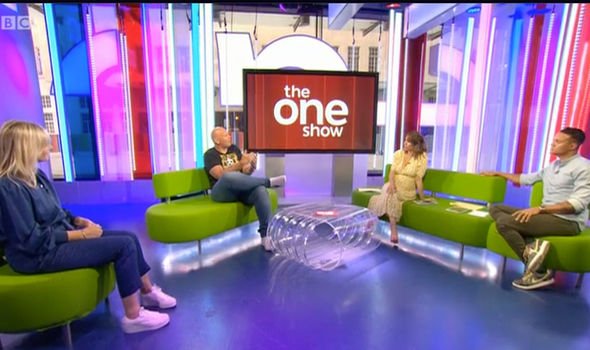 “They’re hash browns,” Tom said as he corrected her with Jermaine’s laugh almost overpowering what the pair were talking about.

“I can’t wait for your video,” the chef continued as Jermaine could be heard in the background asking: “What did she say?”

After the slight blunder, the interview continued without any further hiccups as the presenters managed to compose themselves. 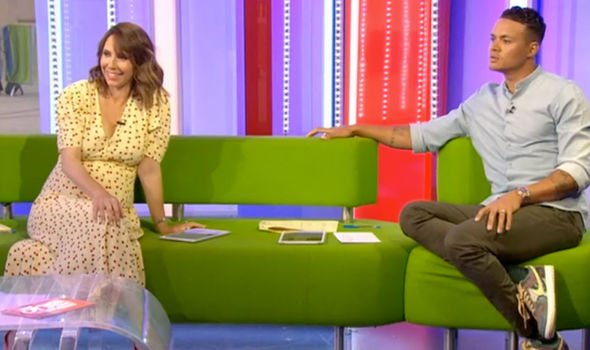 Alex will only be making a few more appearances on the show before she makes a temporary exit from her role.

This is because the presenter is expecting her third child with husband Charlie Thomson later this year.

It’s not been revealed who will be replacing her or if it will be a number of guest presenters, as was the route taken when she gave birth to her first child.

However, Matt Baker’s, 43, position on the programme has been permanently filled by not one but two stars.

The One Show: Alex Jones gets the giggles about 'wind'

As well as Jermaine, former Boyzone singer Ronan Keating, 44, has also taken on the role as host of the show.

The announcement was made back in April, with the latter being on-screen Thursdays and Fridays, whilst the former takes Mondays to Wednesdays.

The One Show editor Rob Unsworth said: “We’re thrilled to have Ronan and Jermaine join us as the regular One Show hosts alongside Alex on the sofa.

“It’s an exciting new chapter for the show, and we’re looking forward to viewers getting to know a different side to such well-known faces.”

Alex managed to host the show during the pandemic and the numerous lockdowns that have followed, stating: “I was worried to begin with.

“I think there was a real anxiety at the beginning but the people in charge said that The One Show was the one thing they wanted to keep on air for that sense of familiarity and continuity, so we rose to that challenge.

“Sort of like a cockroach would in an emergency we kept going,” she said, having been joined by numerous faces on the sofa over the last year to help her host the show.

“The show went from speaking to people in person to speaking over Skype,” she added in an interview with Wales Online.

The One show airs weeknights at 7pm on BBC One.