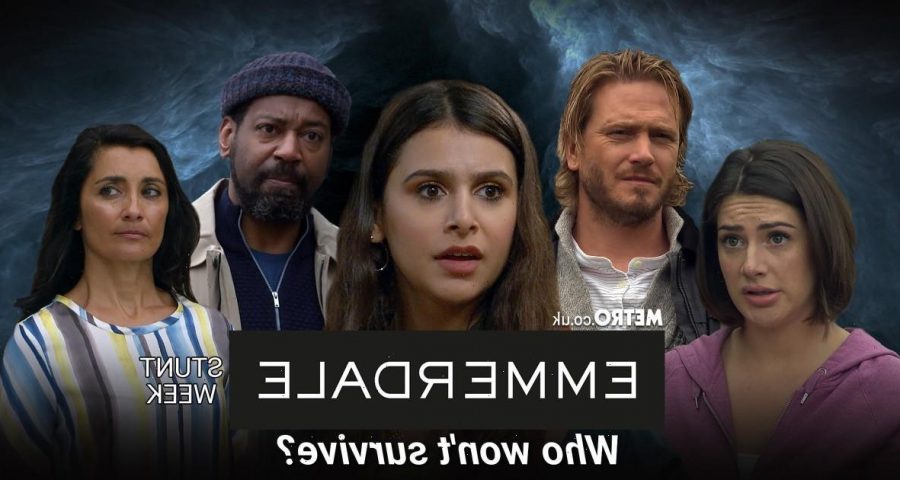 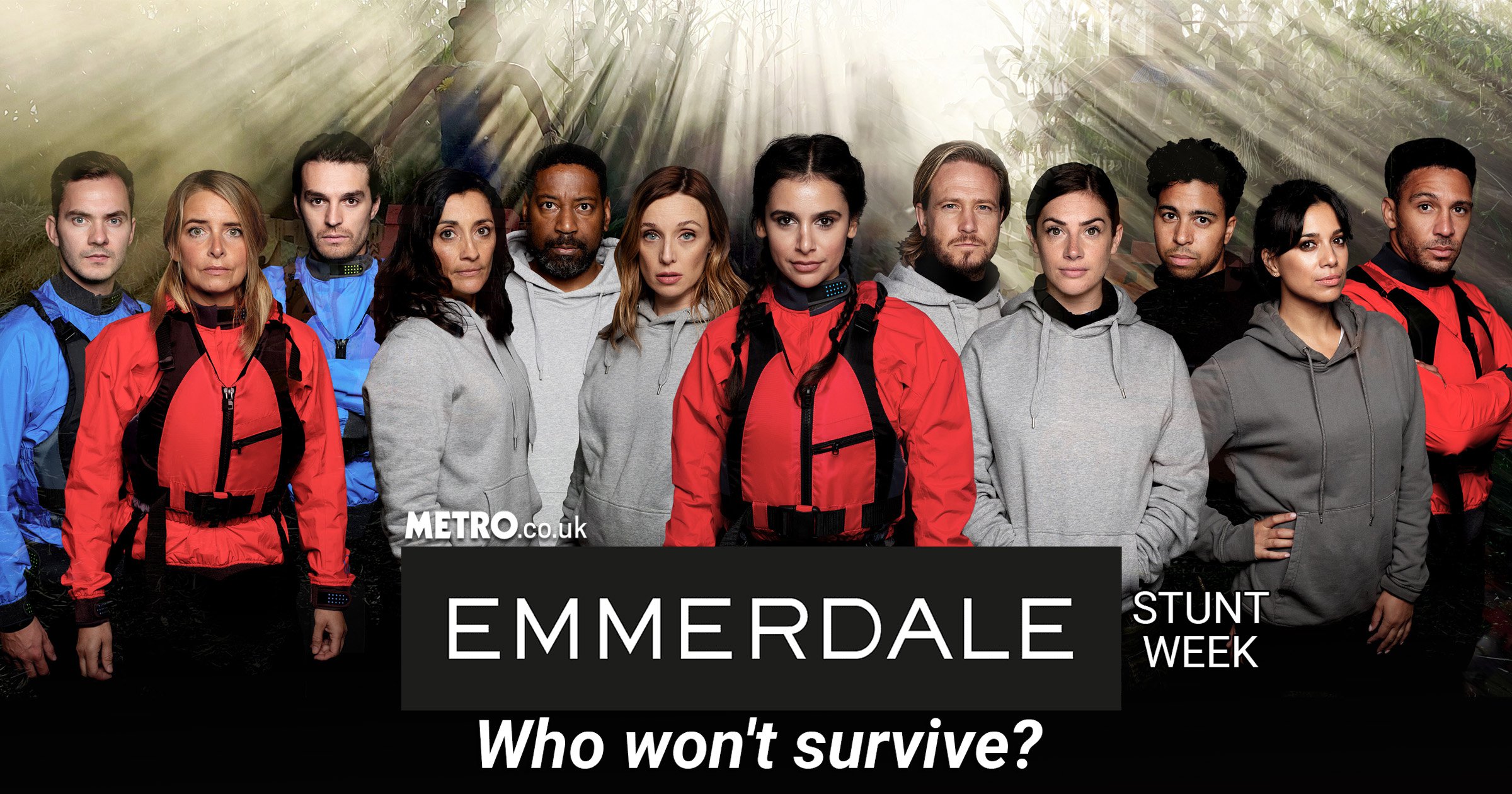 There’s no way out for a number of Emmerdale characters soon as a survival challenge turns into quite literally a race to survive…but who will lose?

As Billy (Jay Kontzle) and Ben (Simon Lennon) try to rally their respective team members, the day starts of well, but things soon take a horrible turn, and many are left fighting for their lives in the menacing white water rapids.

We have to start with the person highest on our list – Victoria (Isabel Hodgins).

Ever since she realised Vic and David have a romantic connection, Meena has attempted to get rid of her enemy, but will the white-water rapids see Meena finally succeed in killing Vic?

As Vic fights for her life in the waters, Meena will do whatever it takes to get rid of her…but can Vic save herself in time?

Yes, despite the fact Meena is on a mission to kill, there is a high chance she could also meet her end during this deadly week.

As Meena attempts to murder Vic, someone will spot the evil character holding her underwater.

Wanting to find out what they’ve seen, Meena follows them into the maze – but will she make it out alive?

If Meena does die, what will that mean for Liam (Johnny McPherson), who’s still unaware Leanna (Mimi Slinger) was murdered?

Poor David (Matthew Wolfenden) is none the wiser to his partner’s murderous abilities, but will that all change if he sees Meena attempting to murder Vic?

Meena murdered Leanna because she discovered what she’s capable of, will the same thing happen to David?

Will Meena have no choice but to murder David in order to keep him silent?

They’ll head off for some fun in the woods and after, Priya will make her way to the maze to drop off the prize for the survival challenge, but what will Priya encounter on the way?

Priya and Meena have had a few interactions in the past, most recently she thought Meena was going to strangle her after leaving David’s place…could this have been a foreshadowing scene?

Meena’s jealousy grows every time she’s around someone who’s had or has feelings for David, could she kill Priya simply in order to reduce the chances of David leaving her for someone else?

Meena will murder someone, but what if there’s more than one death and Ellis dies during a different stunt?

Perhaps his death is a tragic accident?

Mack (Lawrence Robb) and Charity (Emma Atkins) – two characters who have spent weeks together in secret.

They’re keen for people to not find out about their secret love affair, but will one character die when they’re feelings for each other are exposed?

Spoilers show Mack will hear a loud scream coming from the edge of a pond and when he approaches it, he sees large ripples and assumes Charity has fallen in.

If she has, who will make it out of this watery ordeal alive?

Sister to Meena, Manpreet (Rebecca Sarker) has no idea her own sibling is planning to murder someone during this treacherous week.

But surely Meena won’t murder her own sister – right?

The trailer has shown Manpreet in distress but it could possibly be relating to the fact Charles (Kevin Mathurin) and Andrea (Anna Nightingale) are also involved in the events.

We also know someone is set to spot Meena attempting to drown Vic at some point – could it really be Manpreet?

Meena will do all she can to keep her true self a secret, will she be forced to kill Manpreet after seeing her attempt to murder Victoria?

Or, as Manpreet is set to take Victoria’s harness that’s been damaged by Meena – will she die in the rapids?

As mentioned above, Andrea and Charles will take part in the survival challenge too but right now, we’re not too sure how the events ahead could lead to either of their deaths.

Maybe Andrea or Charles will be caught in the dangerous rapids?

Perhaps one of them is killed by Meena?

Or, as Emmerdale are also keeping a stunt top secret, Andrea or Charles will die during that?