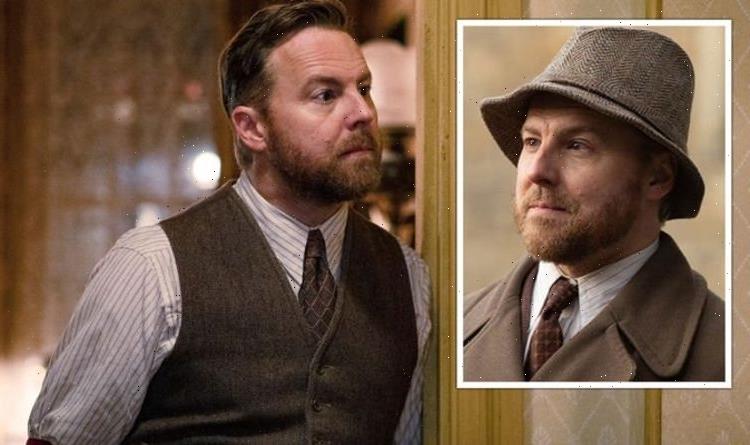 All Creatures Great and Small returned to Channel 5 for a second season and romance was in the air. James Herriot (played by Nicholas Ralph) finally proposed to Helen Alderson (Rachel Shenton). This was following a push from his boss Siegfried (Samuel West), who also embraced his romantic side.

Who does Siegfried Farnon marry?

The latest small-screen adaptation of All Creatures Great and Small comes after the BBC series of the same name, from 1978.

The original series was also based on the books by James Herriot, otherwise known as Alf Wight.

Renowned vet Wight’s books were inspired by his real-life friends and colleagues during his time as a vet in the Yorkshire Dales.

In the latest episodes, he started to explore a relationship with Diana Brompton (Dorothy Atkinson).

Some fans are still of the belief he is destined to be with the housekeeper, Mrs Hall (Anna Madeley).

Outspoken Siegfried is based on Donald Sinclair, Wight’s real-life boss, who was married to Audrey Adamson.

The pair were married for 53 years and two weeks after she died, Donald took his own life.

In the 1983 Christmas special, Siegfried bumped into a former love interest, Caroline Fisher.

Caroline had been living in America and when she returned to Yorkshire, the pair got married.

The loved-up pair went on to have children, and this storyline was mentioned in season seven.

Caroline is yet to be introduced to the Channel 5 adaptation, but there is a similar character to consider.

In the Christmas special in 2020, Siegfried shared a romantic moment with Dorothy (Maimie McCoy).

She was Mrs Hall’s friend and started to become Siegfried’s love interest before she left to travel.

Siegfried received a postcard from Dorothy in the second season, indicating she still cared about him.

There is a chance she could return from her travels, realising how much she wants to be with Siegfried.

However, Diana had a prominent role in the latest season, so she could be lined up to become the vet’s wife.

Fans will have to wait until the 2021 Christmas special to find out whether Siegfried pursues a relationship.

They are still eagerly awaiting the moment he opens up to Mrs Hall about his feelings.

Helen McCabe responded to a post from Samuel West, saying: “I love your Siegfried although at first very striking how much younger (not that I’m older) than original!

“I particularly love the dynamic between your Siegfried and the brilliant Anna Madeley’s Mrs Hall. Highlight of my TV week.”

Asa Eythors said: “I love the fact that Mrs Hall has a greater role to play in the lives of our vets.

“She is the moral fibre of the show and keeps everything together. I am kind of rooting for Siegfried and Audrey Hall getting together.”

All Creatures Great and Small is available to watch on My5. The series will also arrive on Acorn TV on November 22.