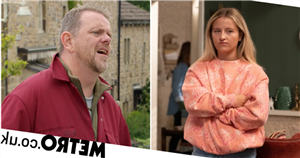 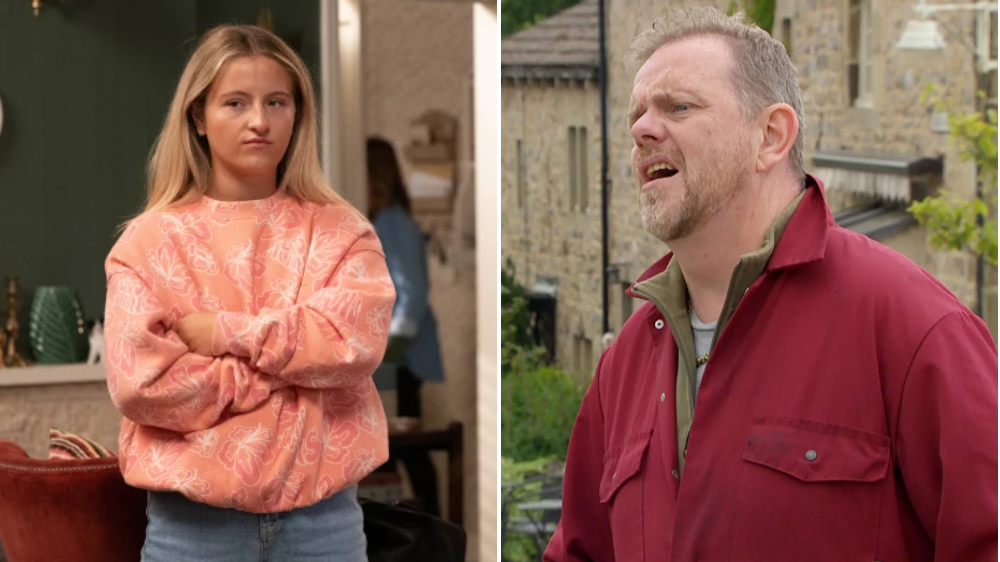 Amelia Spencer (Daisy Campbell) was heartbroken in Emmerdale when Noah Dingle (Jack Downham) dumped her on her 16th birthday.

She couldn’t understand Noah’s decision, after he’d been by her side and supported her in the early days of her pregnancy and seemed to genuinely care for her.

What she didn’t know then was that it was her dad, Dan (Liam Fox), who’d told Noah to break up with her.

He didn’t believe that Noah was a genuinely reformed character following his imprisonment for harassment and stalking, and he didn’t want Noah in his daughter’s life.

In tonight’s episode, Amelia finally found out the truth. Noah came to Dan to ask to be given the chance to prove he really is good enough for Amelia.

He’s started an apprenticeship with Marcus (Darcy Grey) and is serious about getting his life on track.

Dan told Noah to back off, but at that moment Amelia came into the cafe and overheard the conversation, and Noah told her what had gone on between him and Dan.

A furious Amelia told Dan she was going to move in with Kerry (Laura Norton) as she tries to process how he behaved. And, presumably, it means a reconciliation with Noah is back on the cards for her.

Dan had been having a good day up till that point, with Harriet (Katherine Dow Blyton) kissing him and later on committing to a relationship with him.

And yes, that was as half-hearted as it sounds.

Harriet was clearly underwhelmed by the kiss, and it took a pep talk from Faith (Sally Dexter) about a relationship with a good, kind man being better than always going for bad boys.

Hardly the best example, if only Faith knew, but it was enough to convince Harriet – for now.

All the same, it looks like it mightn’t be too long before Dan finds himself on his own again….