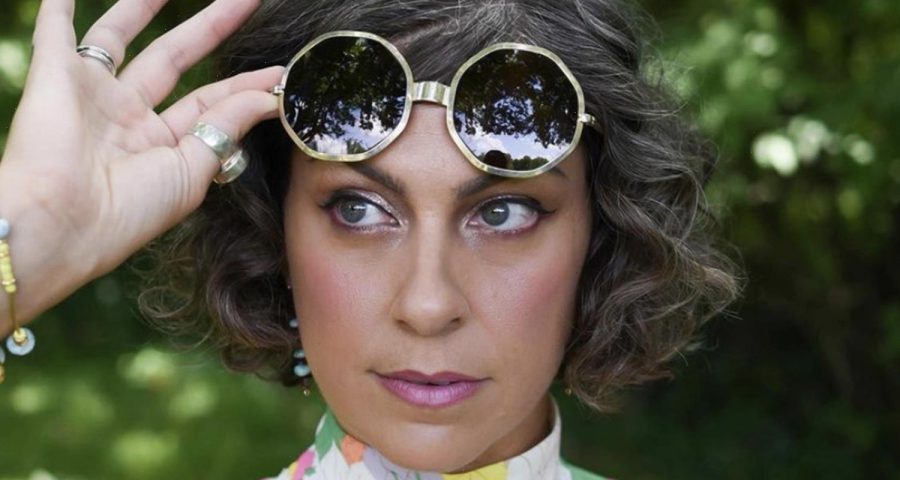 DANIELLE Colby shared a mysterious quote about "investing her energy" with people of 'value' after co-star Frank Fritz was FIRED from the show.

The American Pickers star recently opened up about her "healing" process after stripping down for a nude photoshoot. 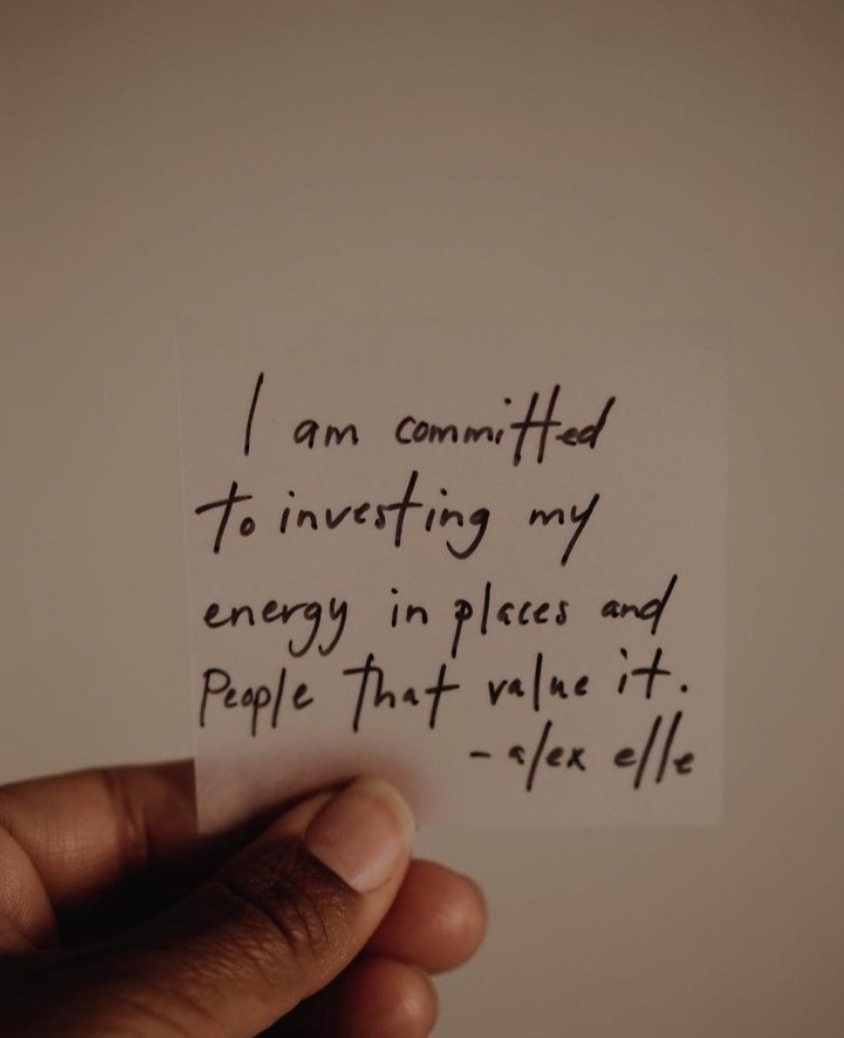 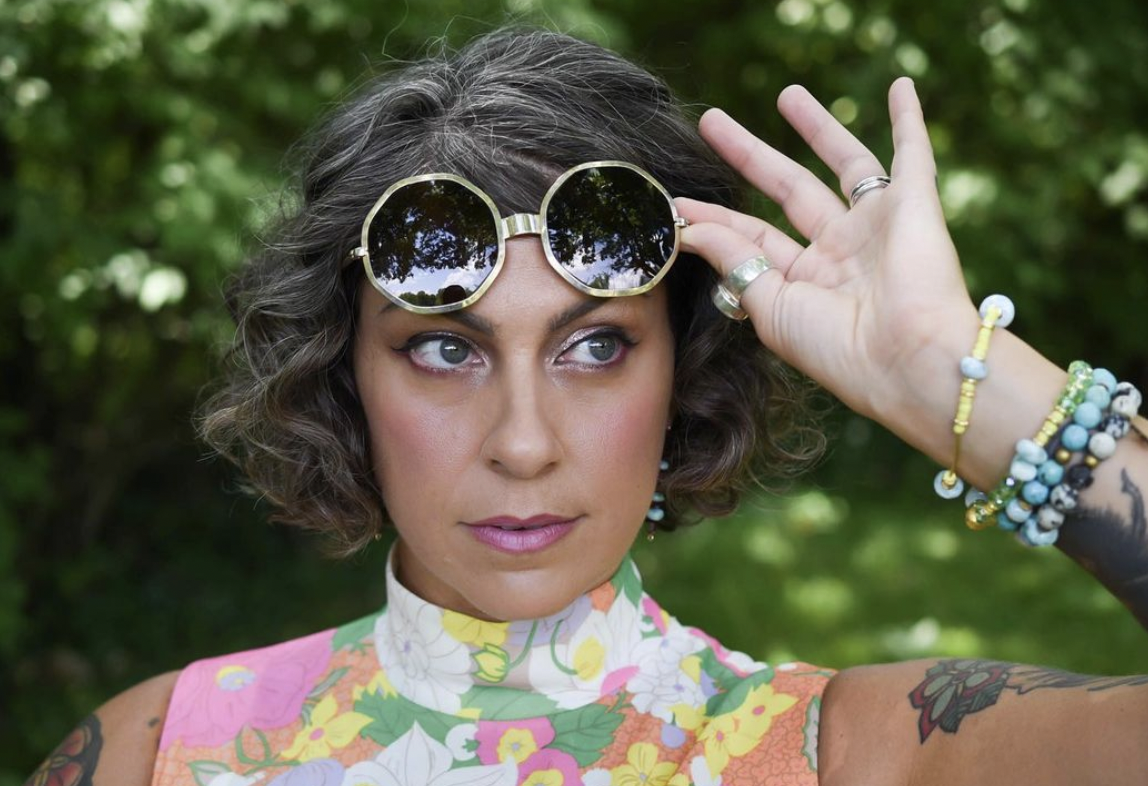 The message read: "I am committed to investing my energy in places and people that value it," from the writer Alex Elle.

The reality star's post follows backlash from the public after her co-star Frank was axed from the network.

Despite facing criticism from fans, Danielle has continued sharing provocative photos on social media and selling them on several platforms.

Earlier this week, the TV personality posted a racy photo as she swam naked in the ocean.

Only the History Channel star's head and bare butt were visible in the image as she enjoyed the beautiful blue water.

Danielle captioned her post: "Is it because I'm a fire sign that I feel so drawn to the water when things get turbulent? Is it because I grew up in a landlocked place and feel the need to make up for lost time? Did my Irish ancestors hide the truth about being part Selkie?"

She continued: "I may never know for sure, but one thing is for certain and that is the water heals me. Go to my Patreon to read my thoughts on the medicinal properties of saltwater."

However, this post was nowhere near as revealing as a series of photos shared just last month.

Danielle posed in a stunning ocean scene shot by her husband Jeremy Scheuch, a photographer who specializes in underwater photography.

While covering her breasts but exposing her rear end, she wrote: "Breath is the bridge which connects life to consciousness, which unites your body to your thoughts.

"Whenever your mind becomes scattered, use your breath as the means to take hold of your mind again.' – Thich Nhat Hanh"

Danielle's followers were able to catch a glimpse of her fit figure and various tattoos as she embraced the ocean waves.

In another post, the TV star confessed to feeling "bizarre" and "flawed" as she showed the camera her cheeks by pulling down her bikini bottoms.

The Iowa native captioned her shot: “I used to think I was the strangest person in the world but then I thought there are so many people in the world, there must be someone just like me who feels bizarre and flawed in the same ways I do.

“I would imagine her, and imagine that she must be out there thinking of me too.

“Well, I hope that if you are out there and read this and know that, yes, it's true I'm here, and I'm just as strange as you.”

Danielle doubles as a showgirl when not filming American Pickers.

The ex-Jehovah's Witness has been selling proactive pictures of herself for $25 on her Etsy site.

The A&E star has posed in various flamboyant outfits like green pasties with matching bikini bottoms and a feathered headdress.

She recently returned to filming alongside her co-star Mike Wolfe despite Frank's firing. 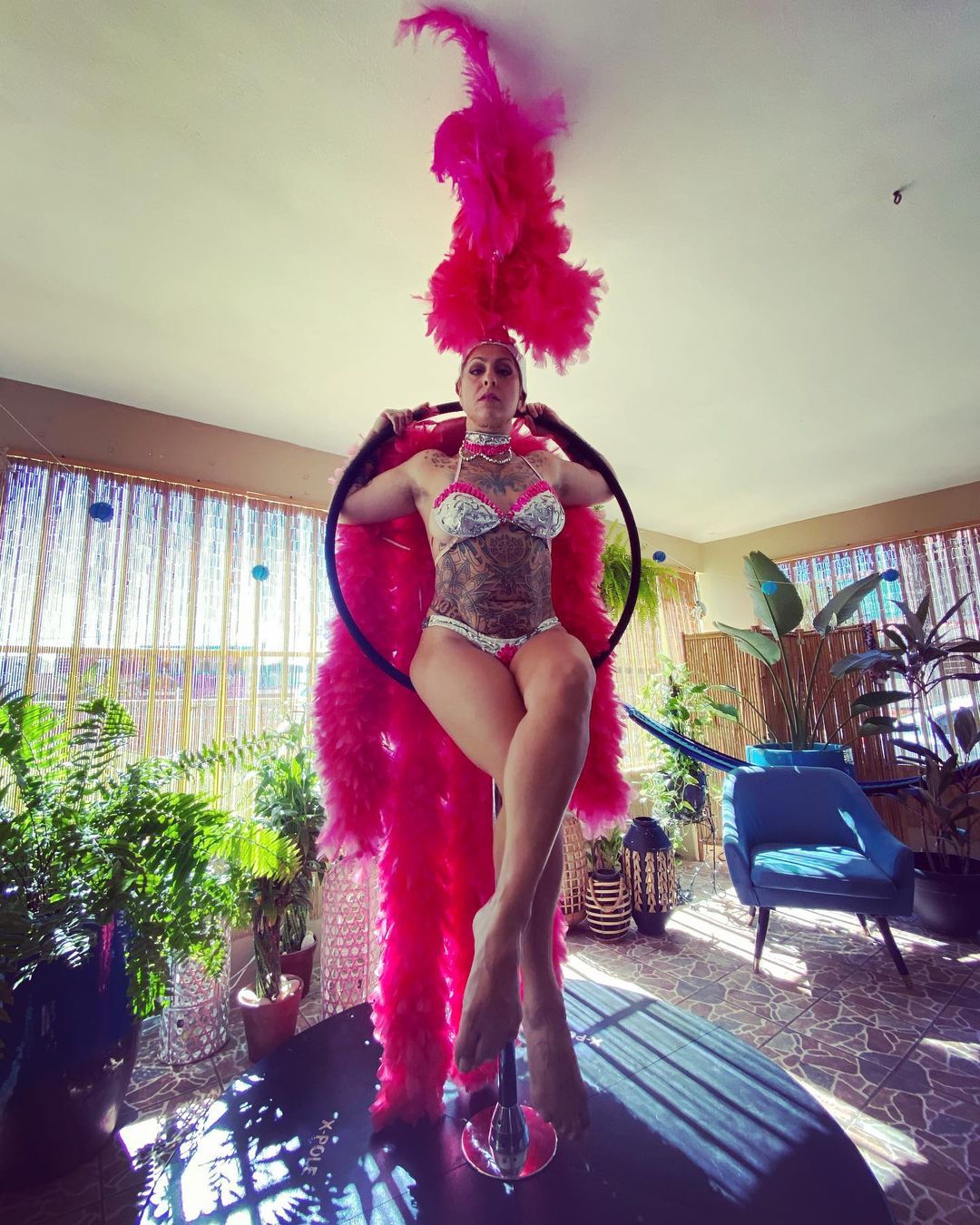 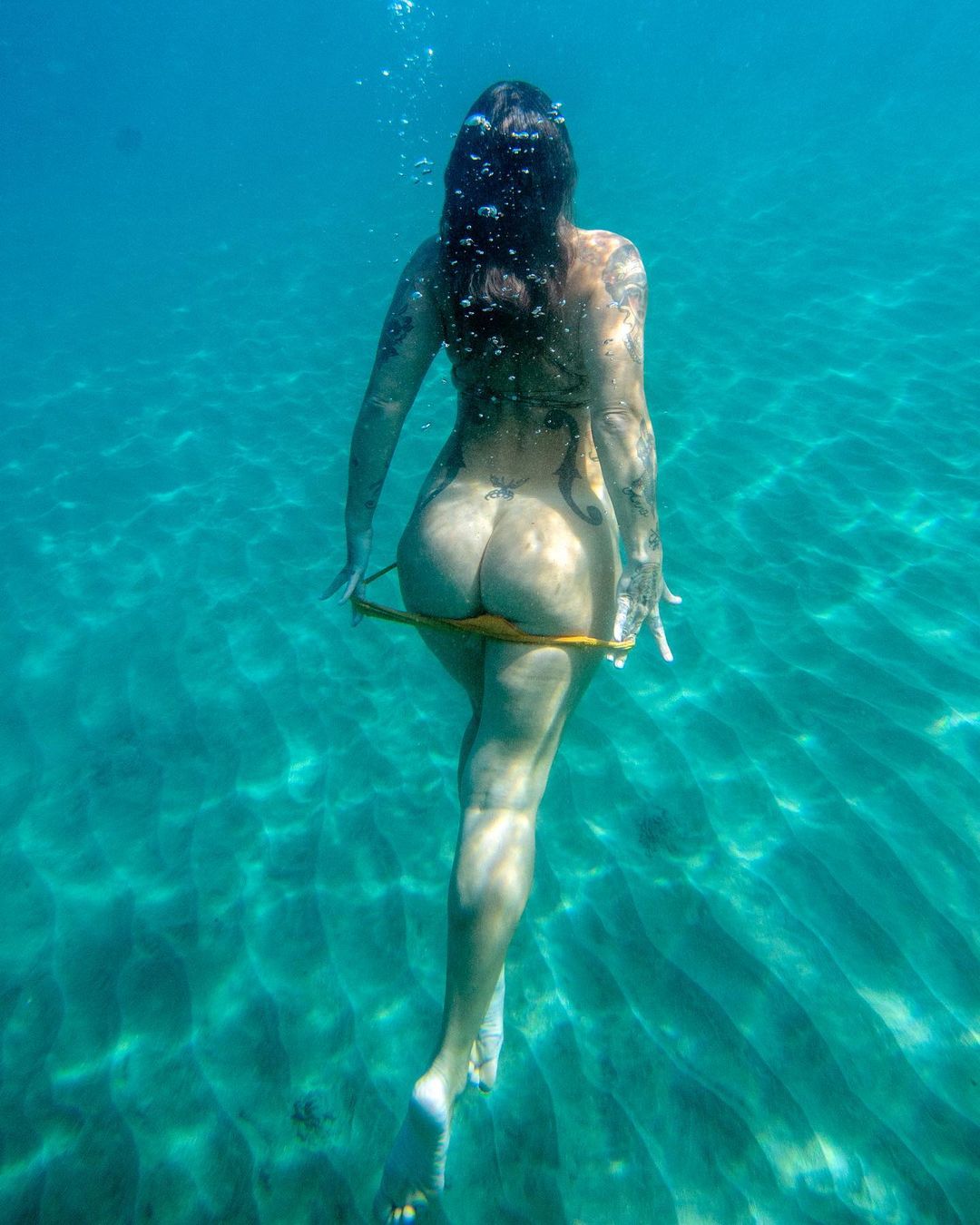 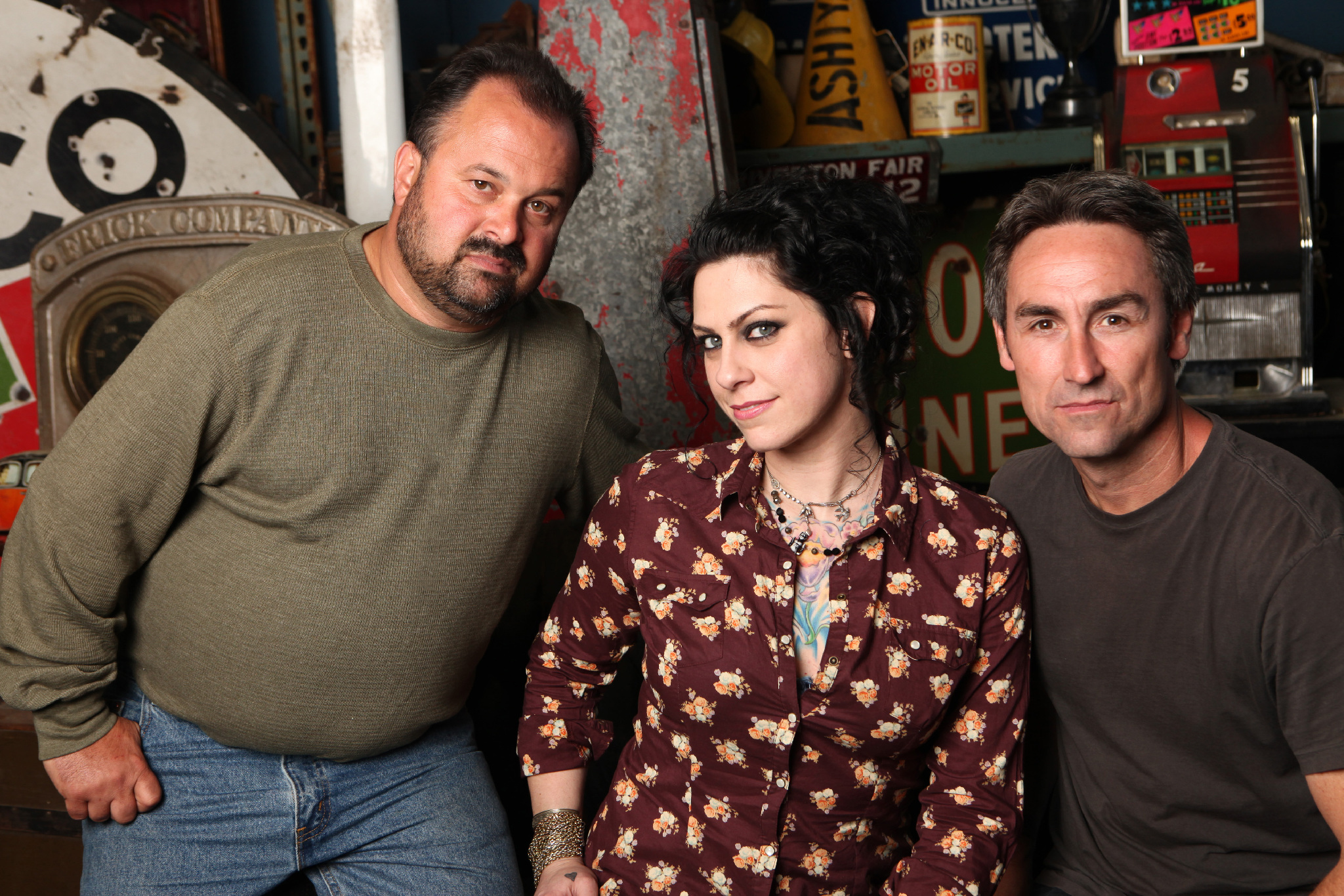