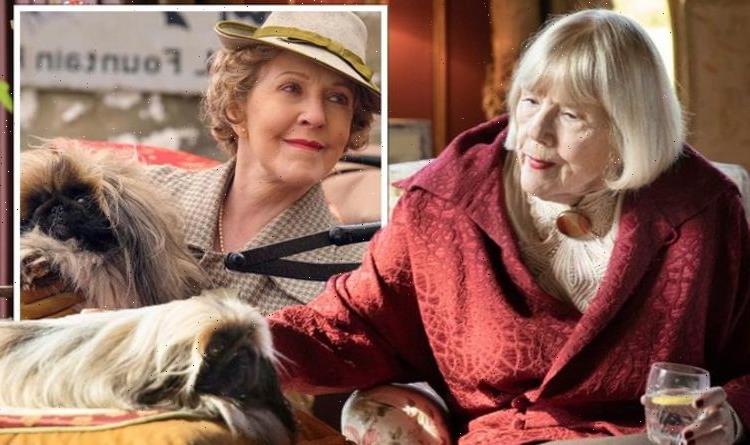 The All Creatures Great and Small bosses decided instead of killing off Mrs Pumphrey following the death of Dame Diana, they would replace her. Patricia Hodge was chosen to take over the role, which she exclaimed was “an honour” as she recalled her last meeting with a “lovely and very generous” Dame Diana.

Mrs Pumphrey made several appearances in the first series of All Creatures Great and Small, which was rebooted for Channel 5 in 2020.

She put the vet James Herriot (played by Nicholas Ralph) to work looking after her beloved Pekingese dog Tricki Woo.

Mrs Pumphrey will be back for the second series and Patricia has spoken about taking on the responsibility of playing the beloved character and her relationship with Dame Diana.

“I met her several times but I didn’t ever work with her but the very last encounter I had with her, it was one to remember,” Patricia recalled.

“She was lovely, she was very, very generous.

“It was an honour really,” she told press including Express.co.uk of taking over the role.

“I think if you are going into a role, and we did have a discussion with the producers first and I said, ‘Do you want to step into the shoes?’

Patricia continued: “So you really have to, you know, you could never play Hamlet if you thought of all the people who went before.

“You just step in and do what you feel instinctively is right. I didn’t have to think about it because everyone just accepted me from day one. So that was a help.”

The legendary actress’ comments come after co-star Callum Woodhouse, who plays Tristan Farnon, recalled being “sh*t” on while filming the latest series.

“The wee occurred right in the middle of the scene, but I managed to carry on, even though I could hear the director laughing over my shoulder.

“They finished the scene, and then just as I stood up, I got poo on my hands.

It’s like a baptism of fire. But all that the animal handlers want to happen is for you to get covered in the animal’s wee and poo.”

In order to make sure all interaction with the animals is as realistic as possible, Callum explained the cast had a crash course in handling animals.

He told Radio Times: “At the start of his career, Andy Barrett, our on-set vet, actually worked under the real Siegfried, a man named Donald Sinclair.

“He has all these amazing stories. He took us round the farms and introduced us to calves, cows, horses and pigs, telling us how to approach the animals and exactly how to hold our instruments. He adds such authenticity to the show.”

All Creatures Great and Small airs Thursday on Channel 5 at 9pm.