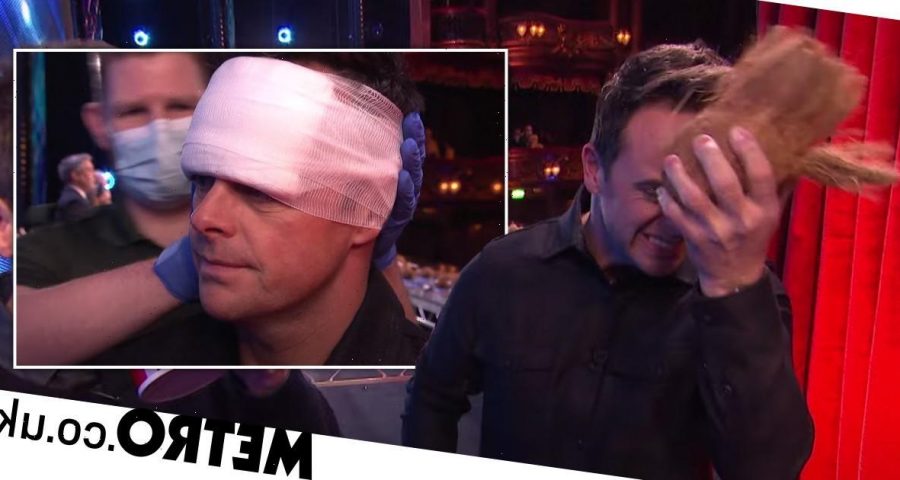 Ant McPartlin needed medical attention after trying out a stunt performed by one of the acts in an unseen Britain’s Got Talent moment.

Ant and co-star Declan Donnelly have returned to this year’s BGT to give moral support to those trying out for the ITV talent contest.

However, the pair love getting caught in a bit of mischief and are often seen messing around backstage.

But Ant seemed to take it a bit too far in one recent clip, where he tried to work out how to crack a coconut – with painful results.

Last weekend, fans saw Hammerhead take to the stage to try and break the world record of how many coconuts he could crack in 60 seconds, but failed to pull it off.

Intrigued by the stunt, Ant can be seen in a short video giving it a go himself. 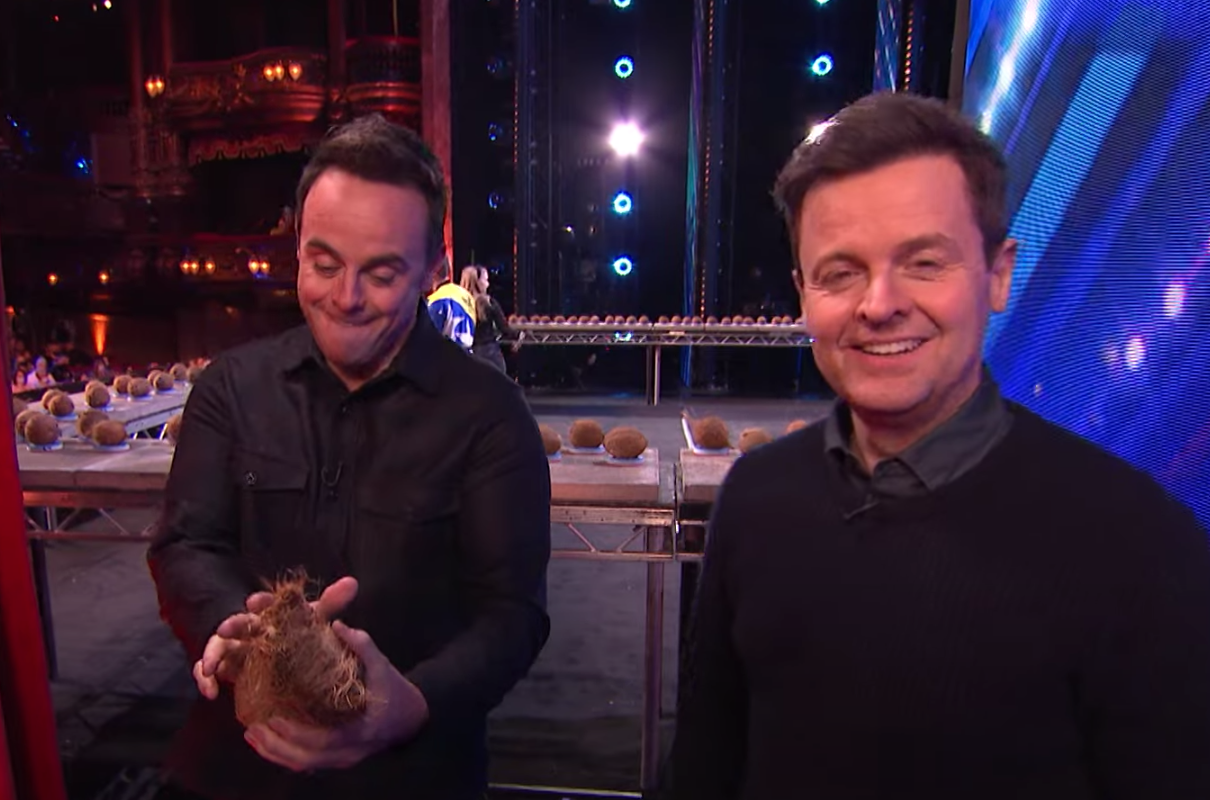 ‘How does he do it then, is it like this?’ he asked as he punched a coconut, and shouted: ‘F**k! Do not try this at home kids, it really hurt.’

‘Do not try this at home, he’s just tried it here and he’s nearly broken his knuckles,’ Dec joked.

Ant added: ‘I think I’ve nearly broken my knuckles… ‘Why would you say forehead? Because I’m about to try it aren’t I. I’ve got one more try before I break something.’

Ant moved the coconut towards his head, before deciding to wait to attempt the stunt again.

However, Ant could be spotted with a cut on his forehead and asks the camera if he’s ‘bleeding’ – before the medics got involved.

In what could be considered quite a dramatic course of action, a bandage was placed on his forehead over the wound.

‘When do I change this? When I get home?’, Ant asked, to which the medic told him: ‘Yes, a new one every day for three weeks.’

‘For three weeks?!’, he exclaimed.

The medic then went on to tap Ant on the head, before Ant shouted: ‘Well don’t tap it, medic!’

Dec then joked to Ant: ‘I tell you what though, you might be able to do it now. You’ve got some padding!’

Ant hit back: ‘I won’t be able to do it now! That will open the wound, that will!’

The presenter gives it a couple more attempts with his fists but is visibly in pain, with his co-star telling him: ‘It’s not worth it!’

The Geordie duo have delighted everyone by making a comeback to this year’s BGT, after it failed to come to screens in 2021.

But as the competition hots up, who will end up winning the ultimate prize of BGT champion of 2022?

Britain’s Got Talent airs on Saturday nights on ITV.