Dendy Easton was on hand to evaluate two sculptures by Denis Mitchell by none other than his daughter and granddaughter. The Antiques Roadshow expert was overjoyed to handle the pieces and made a cheeky admission about one of the sculptures he particularly liked.

Dendy began: “Well here we are in the heart of Dundee and I’ve got two lovely sculptures here by Denis Mitchell.

“And a photograph of Denis Mitchell in his red trousers so what’s this got to do with you?”

The owner replied: “Denis was my father.”

“Was he?” Dendy asked. “And did you get all the famous artists coming along?” 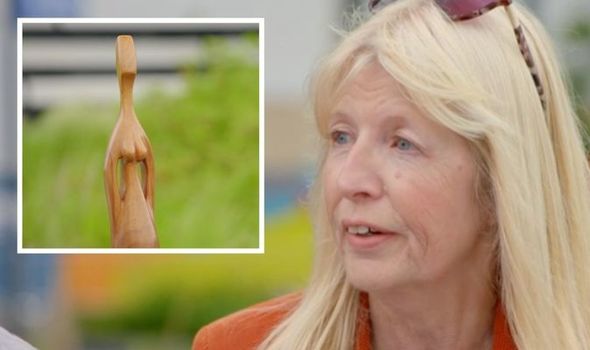 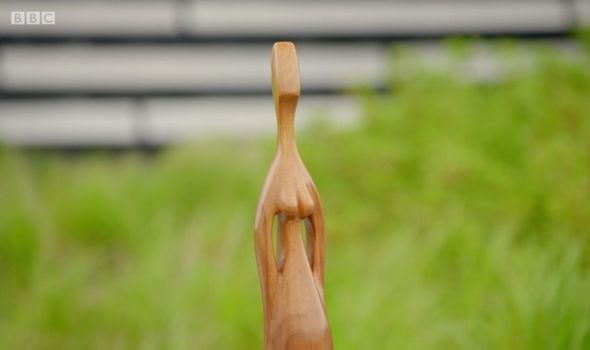 “Fantastic because he’s a major figure now and the St Ives group in the 40s. Barbara Hepworth and he worked in her studio, didn’t he?” Dendy asked.

“He worked for her for 10 years as her assistant,” the guest confirmed.

“And then in the 50s he started sculpting because he was, in fact, a painter to start with, wasn’t he?” Dendy added. 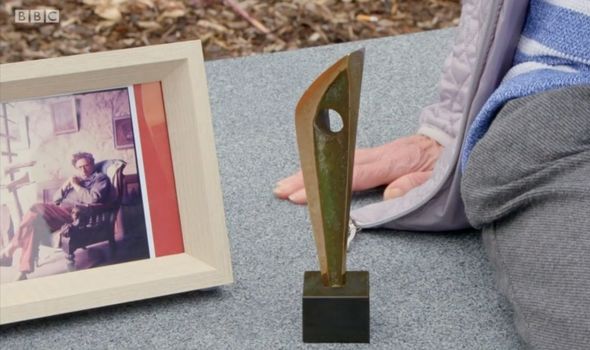 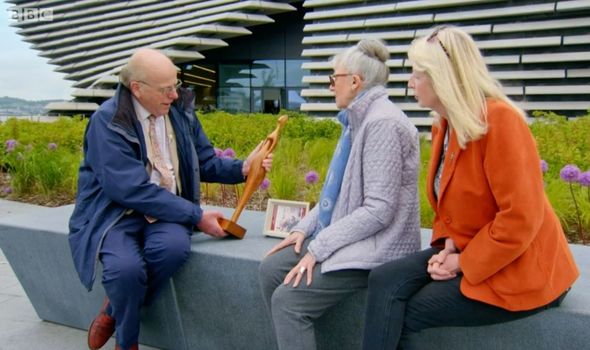 The owner confirmed her father had started his career by painting portraits.

“These must be very special because they’ve been in your family.

“I think this one here which is called Primitive Woman is absolutely beautiful because when you look at it sideways, she’s pregnant.”

“It’s such simple lines absolutely classic of that period which is dated 1954 and it’s made of cherry wood,” Dendy continued.

“The other one here is bronze and I see this is inscribed to Susan and dated 1977, so who’s Susan?”

“I’m Susan,” the other woman replied. “[He was my grandfather] and I got it for my 21st birthday.”

“What a nice present,” the expert commented and Susan agreed.

“So which one is more valuable?” Dendy asked. “Well they’re lovely and they’re family pieces I know.”

“It’s a beautiful beautiful piece and I can understand why you have it and it must be very special to you.”

The expert later commented: “The cherry wood sculpture was exceptional and I would love to have that at home.”

Antiques Roadshow is available on the BBC iPlayer.