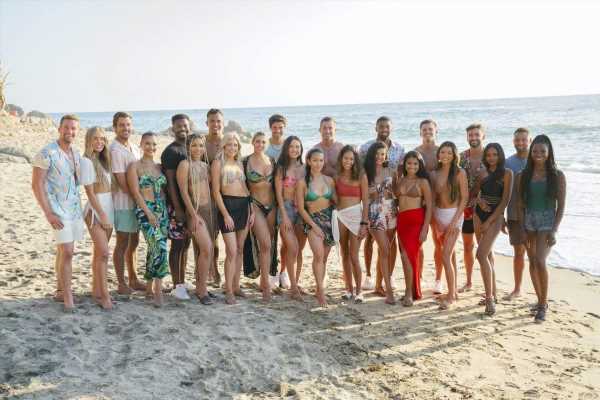 Bachelor in Paradise looks like an all-expense-paid vacation for members of Bachelor Nation. With food on demand and drinks-a-plenty, it seems like a dream to most viewers. But there are several things regarding the accommodations in Paradise that leave something to be desired.

The one thing editing can’t hide about Paradise is that it gets hot. The cast can be seen sweating in almost every scene and on some particularly humid nights, everyone looks a bit disheveled during the rose ceremonies. Because of the extreme temperatures in Paradise, you would think that the cast would be constantly showering. However, according to Caelynn Miller-Keyes, that isn’t the case.

“Crabs would be in the shower and we were terrified to go in the shower cause they’re just like, claws out, ready to [go] — they’re not really going to do anything, but I think that was the biggest one for me,” she told Us Weekly.

Crabs are a big problem

David Spade, who guest hosted a few episodes of Bachelor in Paradise Season 7, also mentioned the crazy amount of crabs he had to deal with while filming.

“I went to ‘Crab city’ in Mexico and filmed in between being covered in crabs,” he told The Aspen Times.

“It’s funny because when you go there, they say, ‘Oh, this is crab season.’ I don’t even know what that means,” he continued. “Crabs are supposed to be cute. I have only really heard about them from California rolls, but, when there’s too many, it’s scary.”

But at least the crabs provided some sort of entertainment for the cast.

“One of our favorite things to do when we were on the beach, we would sit by the ocean at night,” Miller-Keyes told Us. “And there are these birds with these really long beaks and they would just stab and kill the crabs. That was our fun little thing to watch when we were bored.”

The ‘Bachelor in Paradise’ cast is stuck

Another issue that the cast of Bachelor in Paradise has to deal with is that they are pretty much trapped on set.

“In Paradise, you’re confined to a space, but that space is pretty big and outdoors,” Dean Unglert said. “In Winter Games, you were just confined to the house, and you couldn’t even really leave the house and it really sucked. But it was filmed a lot shorter amount of time. I think we were in Winter Games for two weeks. So it didn’t really mentally break you down, but it was just kind of an annoyance.”

On any show in the Bachelor franchise, the cast members are sequestered from the outside world with no phones, internet, or music. But some shows are better to be on than others.

“It goes Winter Games worst, Bachelor in Paradise beach second, and then Bachelorette the best because you were moving around quite often, and the food is always really good,” Unglert said, ranking his experiences from worst to best.

Bachelor in Paradise airs on Tuesdays on ABC at 8 p.m.