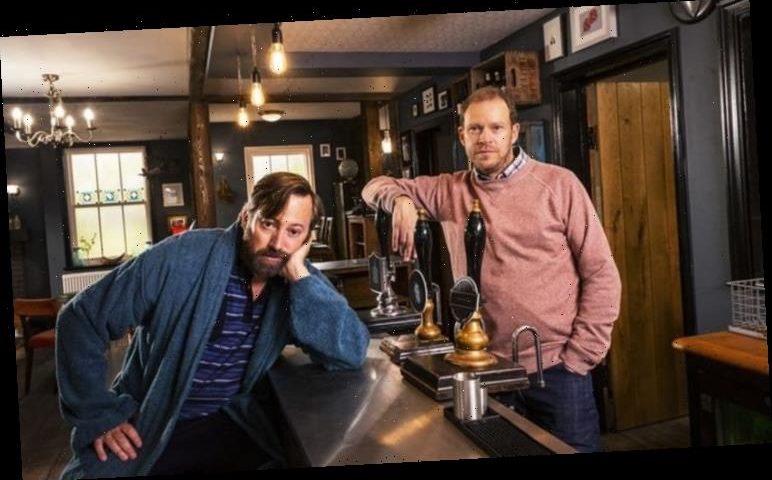 Back season two has just started airing on Channel 4 and the series follows two foster siblings – Andrew and Stephen – after they reunite. Fans have been waiting three years for the second batch of episodes and there is plenty of hype surrounding the sitcom. Express.co.uk has all you need to know about who is in the cast of Back season two.

Who is in the cast of Back?

Stephen is one of the main characters in the series and he is the landlord of the pub called the Barleycorn.

He becomes suspicious of his foster brother Andrew after he suddenly turned up at their father’s funeral.

Stephen is played by David Mitchell, a British actor and comedian who is best known for his roles in The Peep Show and That Mitchell and Webb Look.

He was also the star of Upstart Crow and fans may have seen him as a panelist on Would I Lie To You?

Mitchell admitted he was worried about the season coming to fruition amid the coronavirus pandemic, saying it felt like it was doomed. 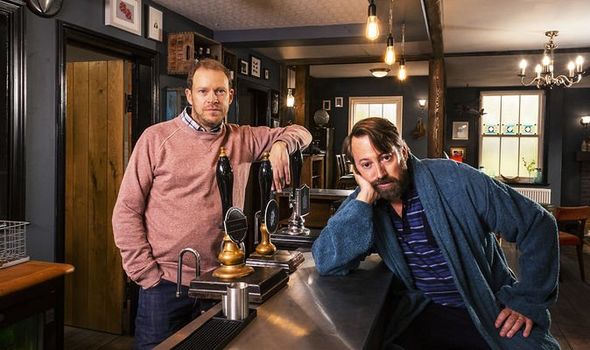 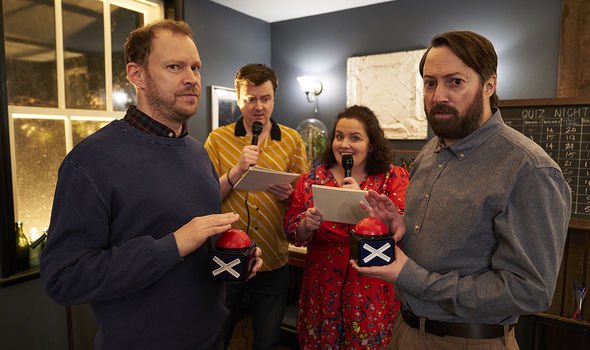 Andrew quickly becomes accustomed to country life and the community seems to welcome him with open arms.

All but Stephen who is under the impression he is lying about his identity, and he becomes very anxious.

Andrew and Stephen have a turbulent relationship and they are expected to clash even more in the new season.

He is played by Robert Webb, an English comedian and actor who, when he is not starring alongside his comedy partner Mitchell, is known for his roles in Cold Feet and Ambassadors.

The star underwent heart surgery recently and he Tweeted a photo of the Back cast with a banner reading: “Can’t wait to have you back”.

He said: “While a surgeon was mending my heart in November 2019, the crew of Back series 2 and the cast who were in that morning (David, Olivia & Loo) stood in the cold to take this.

“It was waiting for me when I got home from hospital. You beauties. Back series 2, 10pm Ch4 tonight.” 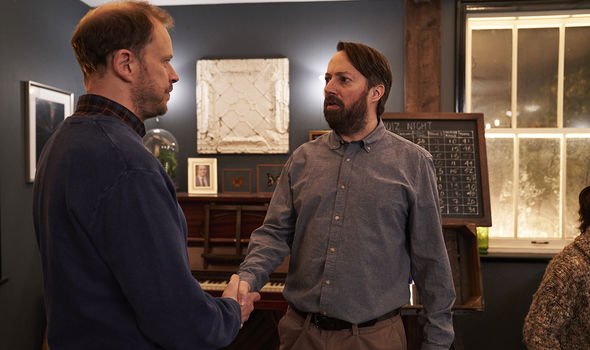 Ellen is Stephen’s mother in the series and she is played by Penny Downie, an Australian actress on stage and screen.

She is best known for her roles in The Crown and Prisoner, as well as Downton Abbey.

The star has played leading roles in plenty of performances under the Royal Shakespeare Company.

Julian is the local vicar in Gloucestershire and he is played by John Macmillan, an actor and writer known for his roles in King Lear and Chewing Gum.

The star specialises in comedy and he had a role in the sketch show Famalam. 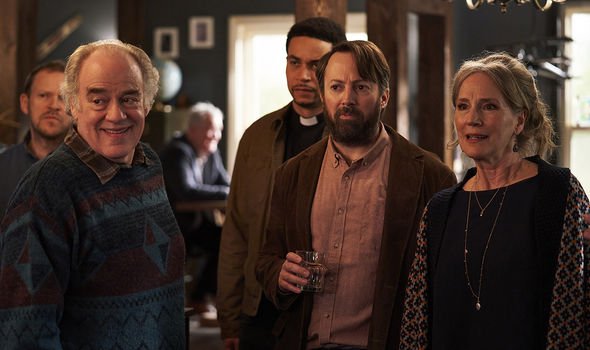 Cassandra is Stephen’s “hippy sister” in the series and she is played by Louise Brealey, an English actress and journalist.

She is known for her roles in Sherlock, Clique and A Discovery of Witches. In 2020 she appeared as Donna Harman, a guest star in Death in Paradise.

As a young adult, she wrote for various film and music magazines.

Alison is Stephen’s ex-wife and she is played by Olivia Poulet, an actress and screenwriter known for Killing Me Softly and Mad to Be Normal.

She also starred in the sitcom The Thick of It and the black comedy film In The Loop.

Every sitcom needs a foul-mouthed character, Uncle Geoff fits the bill – he is played by Geoffrey McGivern.

McGivern is a well-known British actor and comedian who has starred in Toast of London and Lab Rats.

In his earlier days, he was known for his radio work, having starred BBC Radio 4’s The Hitchhiker’s Guide to the Galaxy.

More recently he took on the role of Frank in the Netflix series, Free Rein.

Back season 2 airs on Channel 4 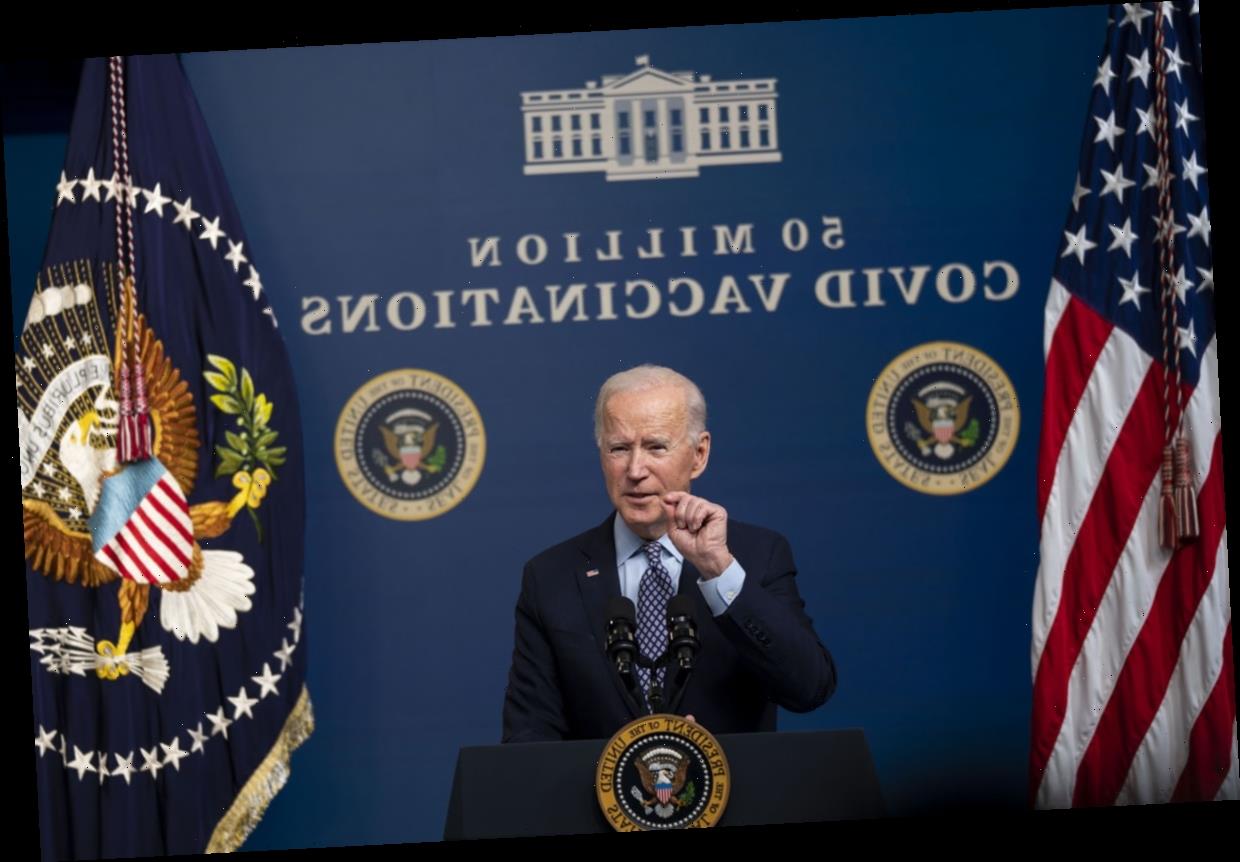