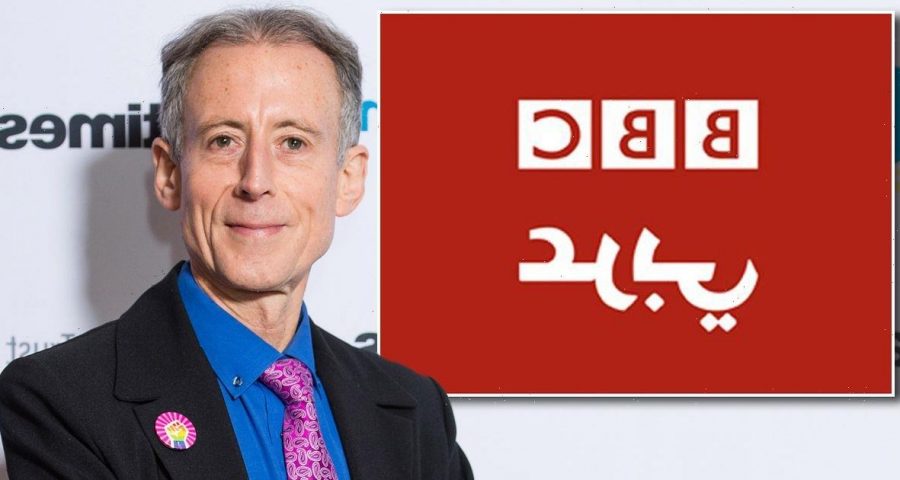 Grovelling BBC bosses have apologised for the repeated broadcast of potentially illegal homophobic comments on its Arabic news channel.

Bile-filled outbursts from bigoted viewers aired without question included blaming homosexuals for spreading Covid, calling gay men “deviants” who should be jailed for life and branding the LGBTQ rainbow flag a “sign of moral decline”.

Veteran gay rights campaigner Peter Tatchell fumed: “They are fuelling anti-LGBT+ prejudice across the Arab world and contributing to the toxic hate that leads to LGBTs living in fear of discrimination and violent attack.”

The material – shown on the licence-fee funded BBC News Arabic channel available in the UK and viewed by 42 million people worldwide – could be seen as illegal incitements to hatred.

A BBC spokesman said: “These broadcasts did not meet our editorial standards and we apologise to our viewers.

“We will be implementing further staff training with a focus on LGBTQ coverage.”

BBC also came under fire last month after broadcasting Denmark footballer Christian Eriksen's collapse during their match against Finland in the Euros 2020 competition. They received 6,417 complaints for their coverage while Eriksen suffered a cardiac arrest and received emergency medical attention.

The corporation said in a statement at the time: "Everyone at the BBC is hoping Christian Eriksen makes a full recovery.

"We apologise to anyone who was upset by the images broadcast. In stadium coverage is controlled by Uefa as the host broadcaster, and as soon as the match was suspended, we took our coverage off air as quickly as possible."

Match of the Day host Gary Lineker described it as "the most difficult, distressing and emotional broadcast I've ever been involved with".

He later tweeted: "I understand some of you would have been upset with some of the images shown (we were too). Obviously these were the host pictures and out of our control. They should have stayed on a wide of the stadium. Apologies."