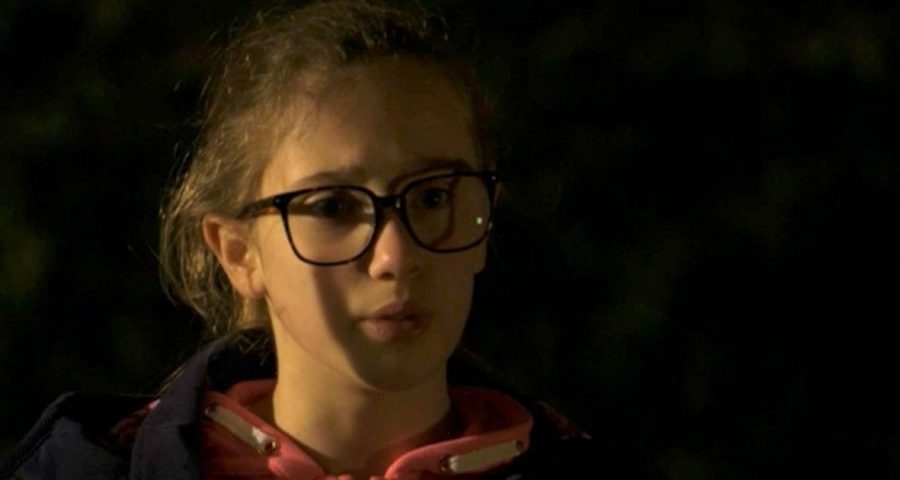 EastEnders fans have noticed that the soap has recast one of their most beloved child stars.

Fans tuned in to BBC One to watch the long running soap and were quick to spot a change with Amy after she was introduced to Denzel.

She wore a blue t-shirt, denim shorts and tied her hair back in a ponytail.

There were mixed feelings about the child star and fans took to Twitter to comment on the switch-up.

One fan noted: "New Amy looks like she’s straight out of Tracy Beaker," with a laughing face.

Another wrote: "The new Amy! They picked a great actress but I’m so gutted they recast her, was legit a mini Roxy."

An eagle eyed viewer tweeted out: "They changed Amy on a sly, didn't think we'd notice, and added like four years to her age, nice try."

Amy has been on the show since 2008 and has been recast several times throughout the years.

She was the result of a one night stand between her mother, Albert Square icon Roxy, and her father, fellow legend Jack Branning.

Amy was played by Kamil and Natalia Lipka-Kozanka when she originally joined the show and was later replaced with Amelie Conway from 2010 to 2014.

Abbie Burke then took over for eight years until now, newbie Ellie Dudd is set to pave the way for the teenager in the foreseeable future.

During the character's 14 year run, she has seen her mother Roxy die as well as her aunt Ronnie, played by Samantha Womack.

Her hardships are set to continue as her storyline leads her to being bullied by two new teenagers on the square.

Amy's coming of age storyline will see her turn from little girl into fully fledged teenager and eagle eyed viewers may recognise Ellie from somewhere.

She previously played Cat Shaw in Silent Witness and in a short film called Lipstick.

This is a breaking showbiz story and is being constantly updated. Please refresh the page regularly for the latest news, pictures and video.

You can also get email updates on the day’s biggest celeb stories straight to your inbox by signing up for our showbiz newsletter .

Get all the very best headlines, pictures, opinion and video on the day’s top showbiz stories by following Daily Star every time you see our name.

Keep up-to-date with your must-see showbiz stories, features, videos and pictures throughout the day by following us on Facebook at facebook.com/DailyStarShowbiz