BBC One’s Trust Me concluded its four-part series on Tuesday, with viewers having finally discovered who was killing the innocent patients and almost ended Jamie's life.

In case you are wondering how the show ended and how the killer was revealed, you don't want to miss this… 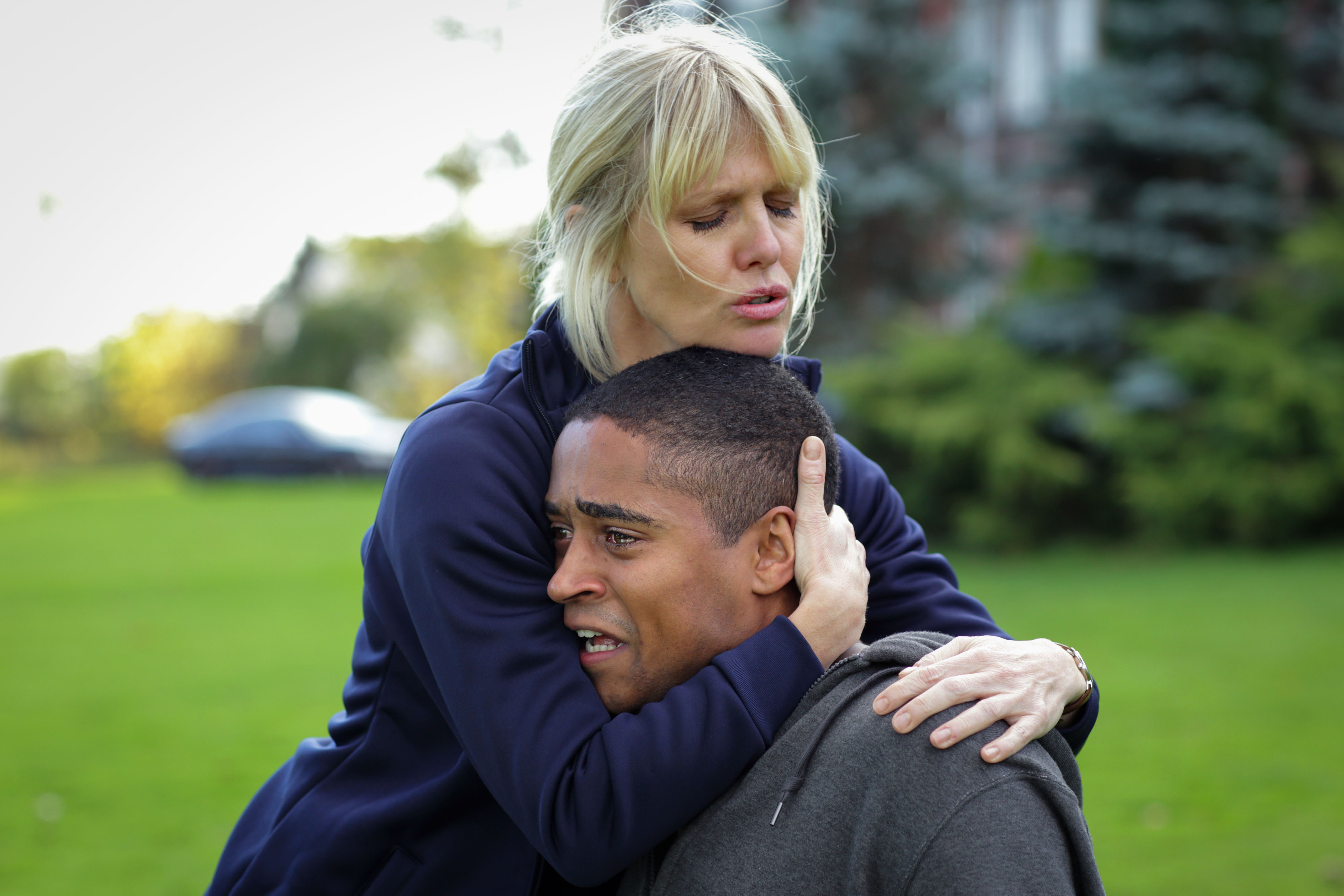 What happened in season 2, episode 4?

Zoe was able to save Jamie’s life after his IV bag had been tampered with at the end of episode three.

She managed to reverse the dangerously high glucose levels that almost ended his life but grew alarmingly suspicious on who could possibly be behind the attacks.

She confides in Alex, telling him that patients are dying and that she was convinced Dr. Watson had a helping hand in all of it but Alex seemed far from convinced.

Watson was visited by Orla who tried to blame Zoe for Jamie almost dying.

Meanwhile, Alex went to see Jamie and meddled with his IV bag before making the attempt to inject him with something of the unknown. Jamie tries to stop him but gets told that he was just receiving “salty water” to flush the drip. 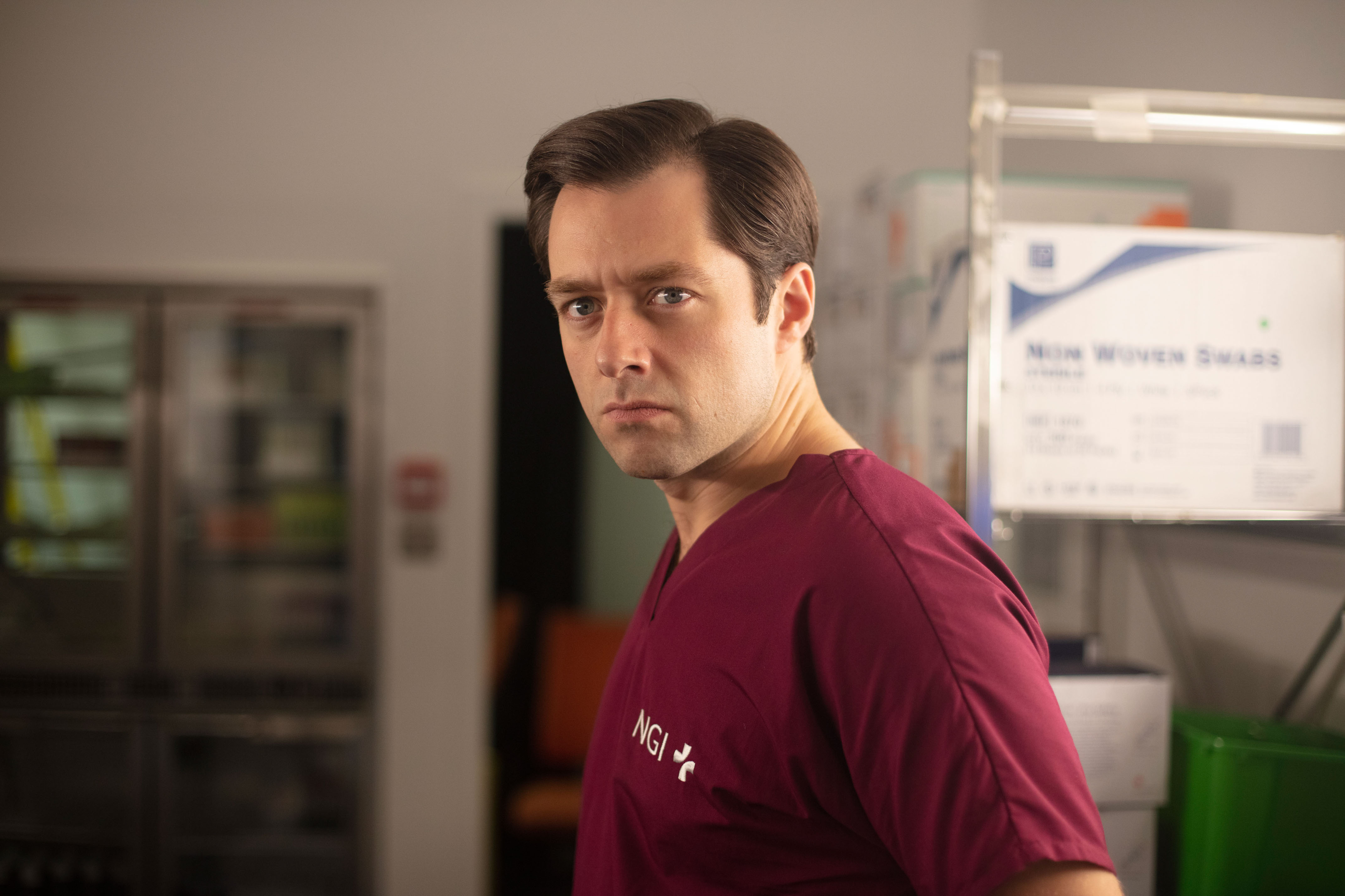 Alex then sent Jamie back to the ward – and at this point, Zoe makes it her mission to never let him get out of her sight, fearing that he was going to be the next victim.

The two chat about what’s happened and Zoe makes it known that she’s ready to go to the police and tell them about the incidents at the ward.

After getting back inside, Zoe is greeted by the police and Dr. Watson, who mentions that she had become a suspect in the mysterious deaths that have been occurring.

Zoe tries her hardest to let it be known that she’s innocent, but she’s brushed off because Watson mentions he has evidence of her stealing pills from the hospital.

The police had built a case around her and there was nothing she could do, especially since she was stealing medication for quite some time, making her look all the more suspicious.

Jamie was desperate to get in contact with Zoe but Dr. Watson refused in allowing that to happen.

Dr. Karimi tells Watson that, even though he had instructed Jamie not to leave the ward, if his health appeared to be in good condition, the hospital could not keep him there.

Watson responded by saying that her words would have no impact on his final word.

Following a round of questioning at the police station, Alex later comes to Zoe’s rescue and arrives with a lawyer in tow.

She’s released and heads back home, where she tells Alex yet again that she’s not responsible for what’s been going on and he tells her that even if she did kill the patients, he would still stay by her side. 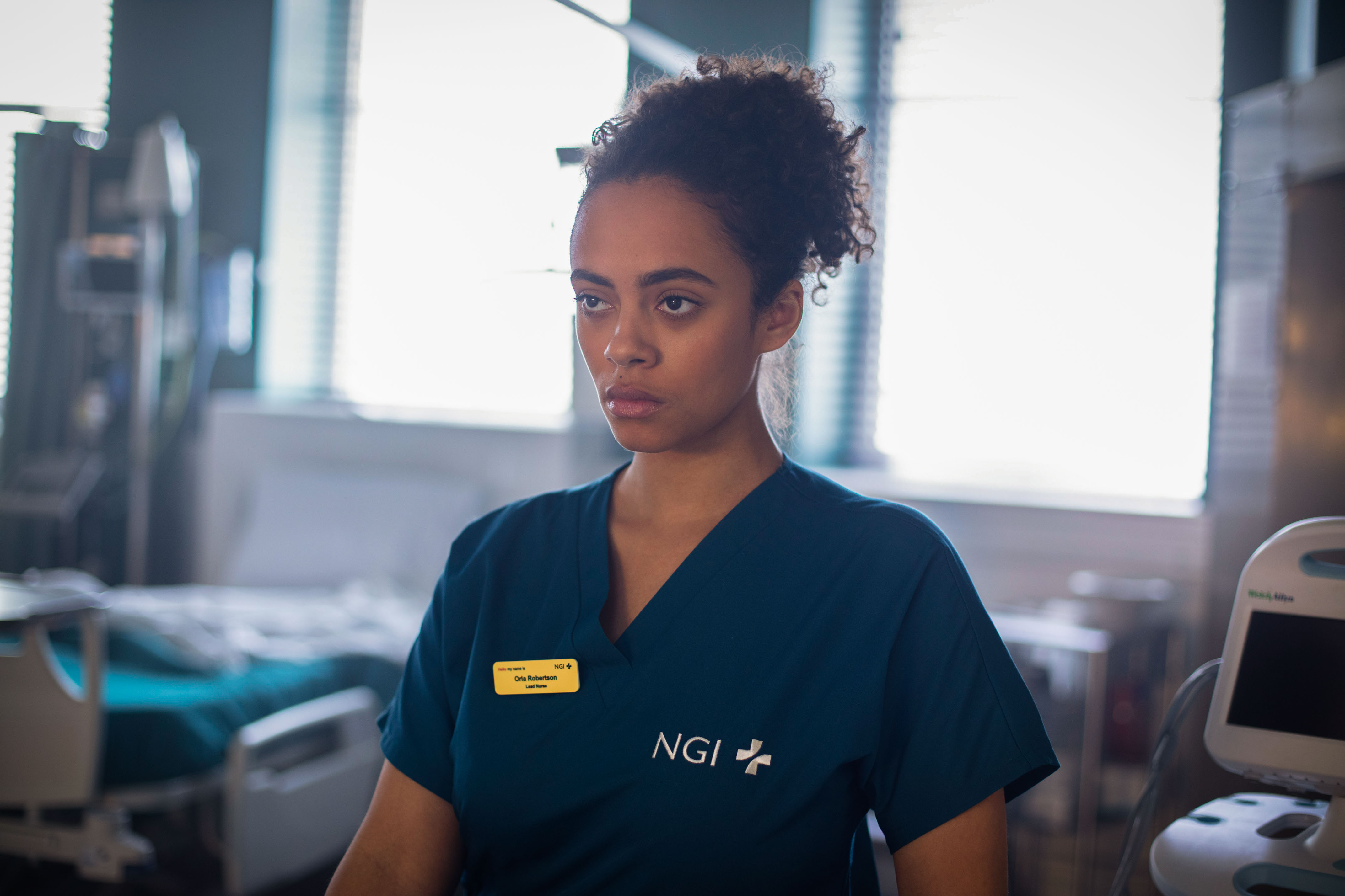 Zoe continues to pop pills at her home before the police come knocking at her door again, telling her that they would like to question her further at the station.

She tells them that she has to use the toilet, grabs her pills and flees from the apartment.

Watson later tells Alex that Zoe is the main suspect behind the murders, adding that she would have most likely interfered with IV bags by injecting drugs into them.

Jamie receives a letter from Zoe, mentioning that he should meet her in the basement later in the day. He agrees and secretly manages to make his way to her location.

Zoe stresses her innocence to Jamie, adding that Watson had framed her. She requests for Jamie to check Watson’s office for any evidence linking back to the killings and Jamie doesn’t hesitate to accept the request.

Later on, Jamie searches through the office but finds nothing. Dr. Watson realises he has forgotten something and heads back, where he finds Jamie continuing to search for evidence. 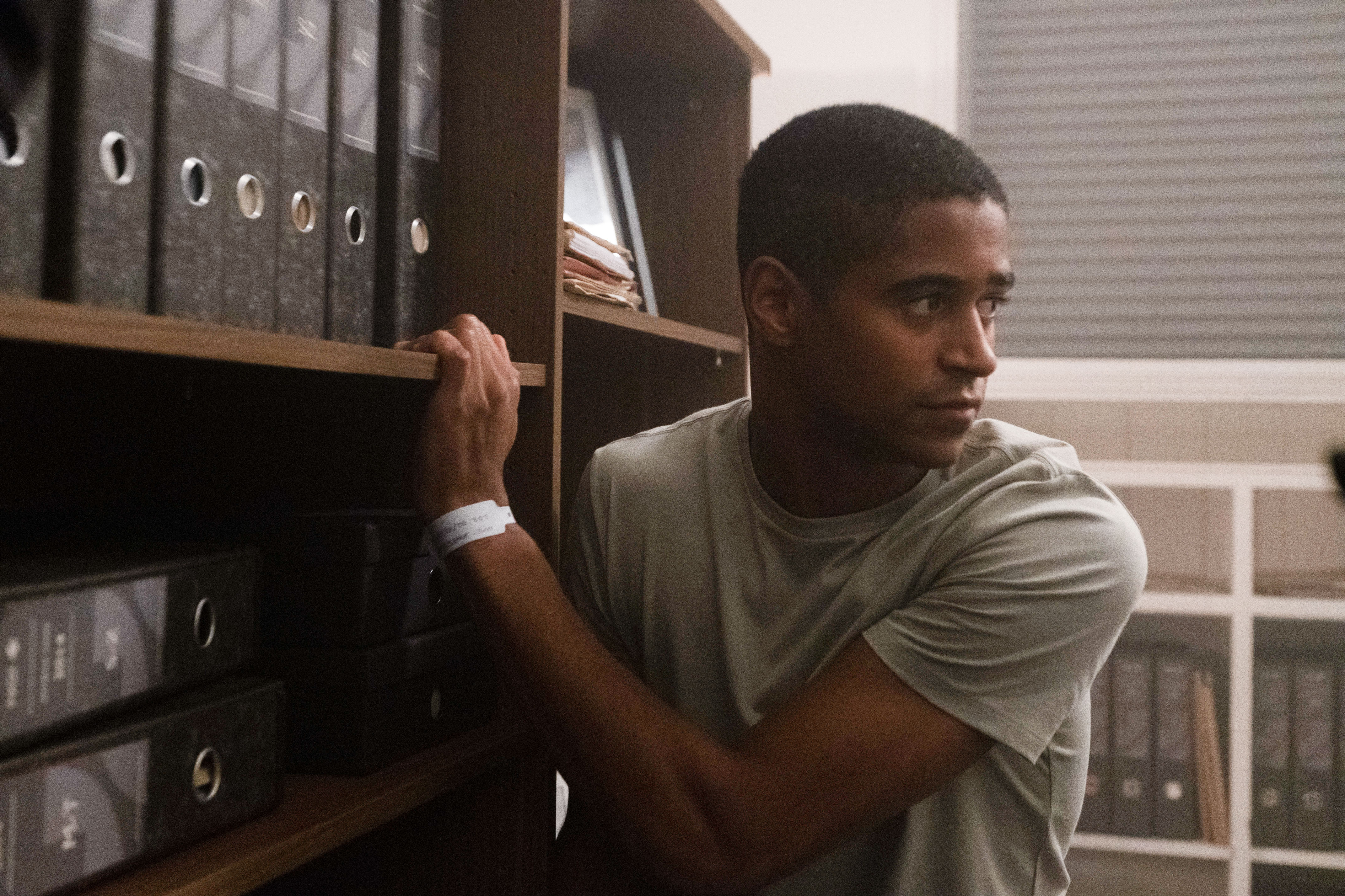 He lets it be known that security has been called, explaining that he had nothing to do with the murder of Danny or the other patients. If he had wanted to kill Jamie, in particular, he would have had plenty of chances to do so, he declares.

Watson then tells Debbie that he couldn’t understand what was happening, and subsequently leaves her in the corridor as his phone rings – it’s his wife.

Debbie takes Jamie for some fresh air, telling him that she wanted to help him. She mentions how her husband was diagnosed with motor neurone disease and consequently wanted to die.

She questions Jamie whether he had thought about dying, to which he responds by opening up about an incident where he had killed a child during his service.

A vivid flashback showed Jamie aiming a gun at the kid who was injured and pleading to be killed – Jamie didn’t hesitate to grant the child’s wishes – and the thought brings tears back to his eyes.

Debbie tries to calm him, saying that he hadn’t done anything wrong. Her comforting composure would soon change when she tells Jamie that she can make his pain go away very easily. 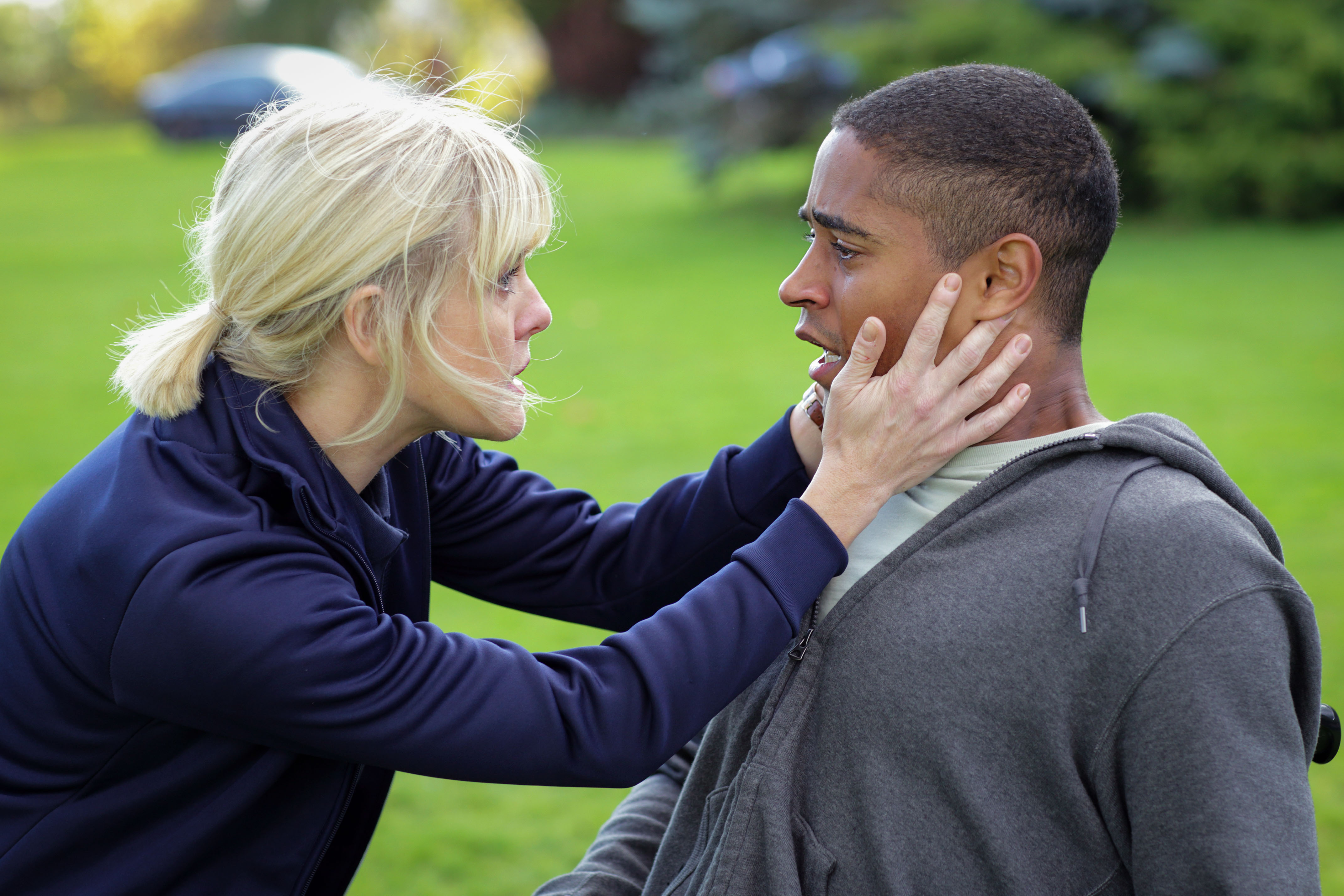 Zoe makes a visit to the hospital where Dr. Watson used to work, trying to find out any information she can about him given that she’s convinced he’s behind the murders.

After claiming to be a new local doctor at the facility, she talks to the workers and finds out that Watson never had any problems with his patients.

One thing that stood out, however, was the fact that Watson previously had an affair with Debbie – something Zoe would find out while pretending to be a new doctor.

Debbie is seen taking Jamie to the pool and explains how she had been putting people out of their misery as an act of kindness. It’s in that moment that Jamie comes to the understanding that Debbie has been the killer all along.

She lowers him into the water in an attempt to drown and ultimately murder him.

Meanwhile, a frantic Zoe goes through Debbie’s locker where she found a collection of key cards. Jamie tries to free himself from the device Debbie had strapped him into, but it proves to be quite the challenge. 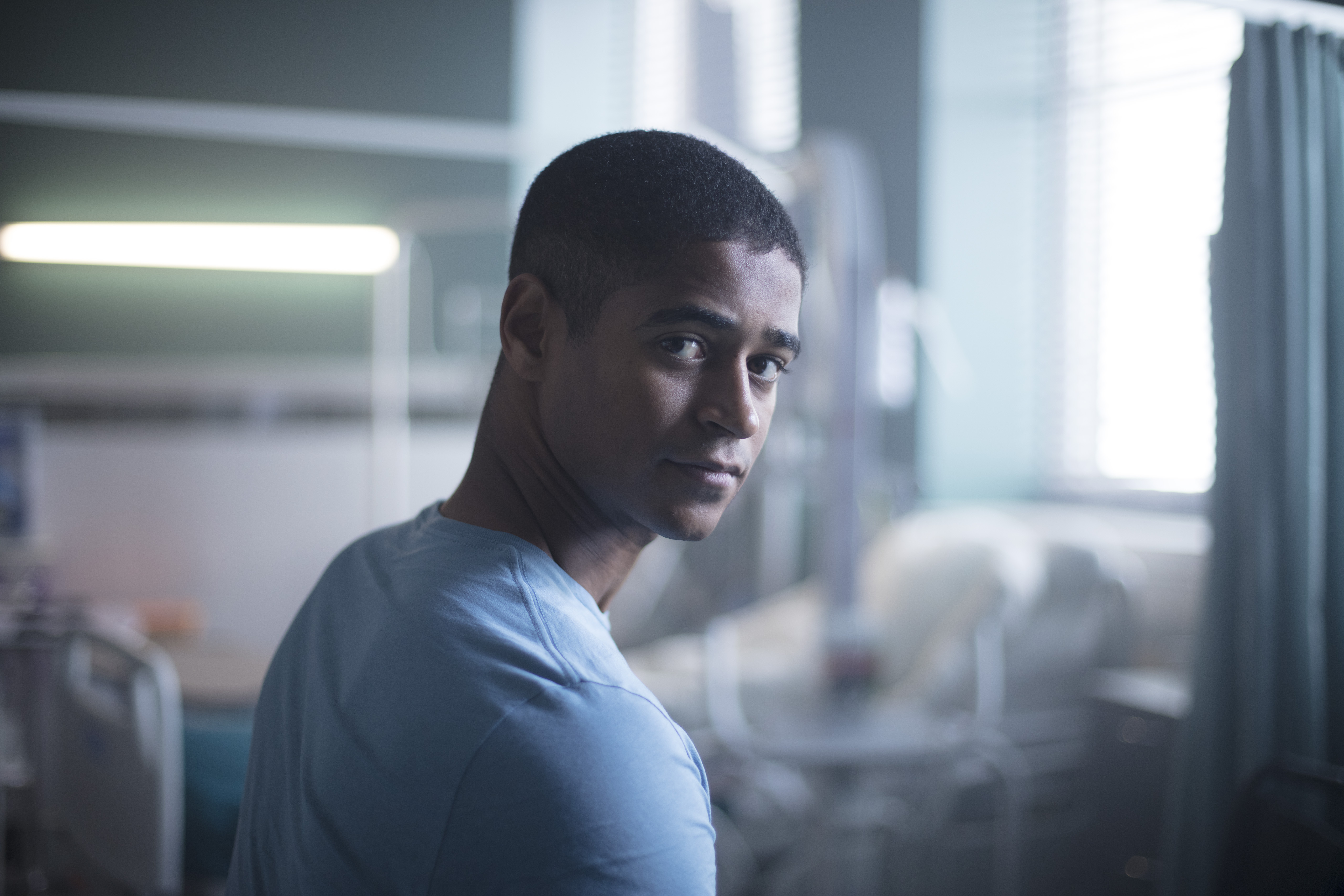 Zoe returns to the ward and makes a desperate attempt to find Jamie. She’s told that he was in hydro, and as Zoe rushes to him, she is accompanied by security.

Debbie and Jamie are pulled out of the pool and she confesses to having been behind the deaths at the ward but continuing to claim that she did it with good intentions at heart.

As she returned home, Zoe had trashed all of the pills she had been addicted to while also having called it quits with Alex.

Watson was placed on definite leave while he’s being investigated regarding his affair with Debbie and his unusual behavior in the lead-up to finding out who the killer was.

Jamie, in the end, meets with Zoe who accompanies him to his court-martial hearing. Jamie shares that he is ready to admit to what he’d done as he holds Zoe’s hand and walks into the building.