McKeown and Ziomeck fed off of one another and their complaining reached a fever pitch – to the point where Mhlongo had to tell Scott what was happening behind her back. She recently addressed why she told Scott about the complaints, adding that she’s now being painted as a snitch.

Scott looked a little floored when Mhlongo shared that McKeown wasn’t the only crew member making negative comments about her. Unfortunately, Scott had to continue working with Ziomeck, despite knowing what Ziomeck was saying about her. 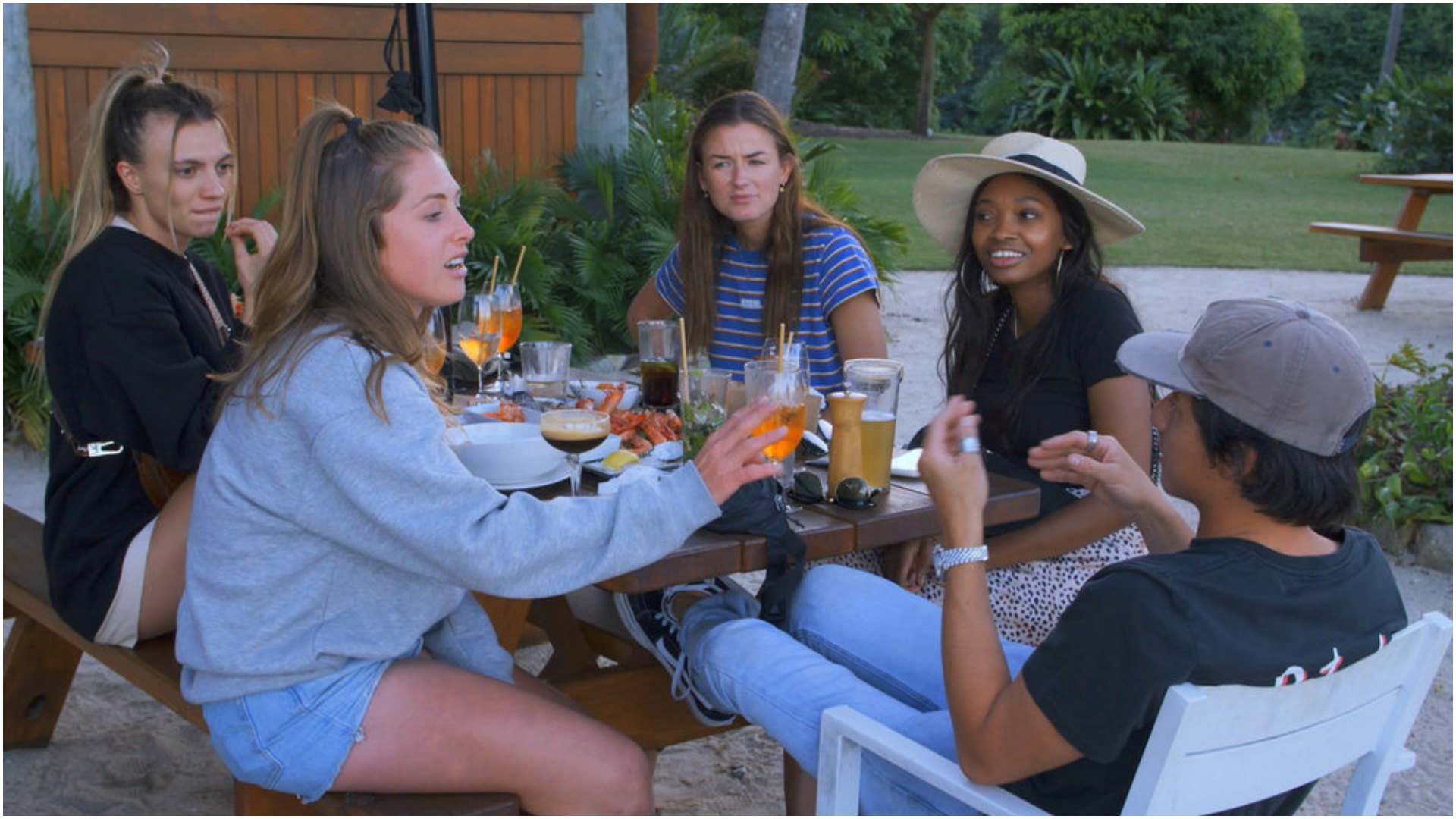 Of course, this created more tension, but Mhlongo felt that Scott should know what was being said about her behind her back. “So apparently I’m a snitch,” Mhlongo tweeted along with a laughing crying emoji. “The reason why I went and told Aesha is 1. She’s my friend 2. I was so tired of hearing the let’s not like Aesha narrative and wanted to make sure she knew I was not apart of it.” Fans seemed to agree that Mhlongo was not snitching and that Scott needed to know.

Crew remarks are one thing, but the constant complaining about a higher rank is unacceptable, Mhlongo wrote in another tweet. “When I first joined yachting I never understood why they are ranks, but as you get into it you realize they in place to create order,” she wrote.

“That being said I work purely based on my rank, and how I communicate with employees is the same! I want to allow a chief stew to lead the way they want,” she continued. “And I hope one day when I’m chief people can respect my leadership and if they don’t frankly they can fu## off and suck my di##.”

While rank is important in yachting, chef Ben Robinson, who starred in both Below Deck and Below Deck Mediterranean told Showbiz Cheat Sheet that rank isn’t followed as strictly on the series as it is in real life. “I think a lot of things get lost in that show,” he said.

“Like rank just doesn’t seem to be important,” he added. “People are sort of back chatting underlings [laughs]. Back chatting against superiors and stuff. And that doesn’t generally happen on yachts. But yeah, it’s important to tell a story and to be vocal and that’s what Below Deck is doing.”

Aesha and Tumi worked well together

Mhlongo told Showbiz Cheat Sheet she worked well with Scott. “I think Aesha and I complement each other, and I think she also made me extremely comfortable because Aesha really couldn’t give a s***,” she said.

“So having her there just calmed my nerves a little bit,” Mhlongo said. “And it was good to have a leader like that. You can say how you feel and just be yourself.” She added, “She’s hilarious.”