Does Captain Glenn Shephard return for Below Deck Sailing Yacht, season 2? Some fans hope that a recent Instagram photo indicates he comes back as Below Deck Mediterranean sinks deeper into drama. 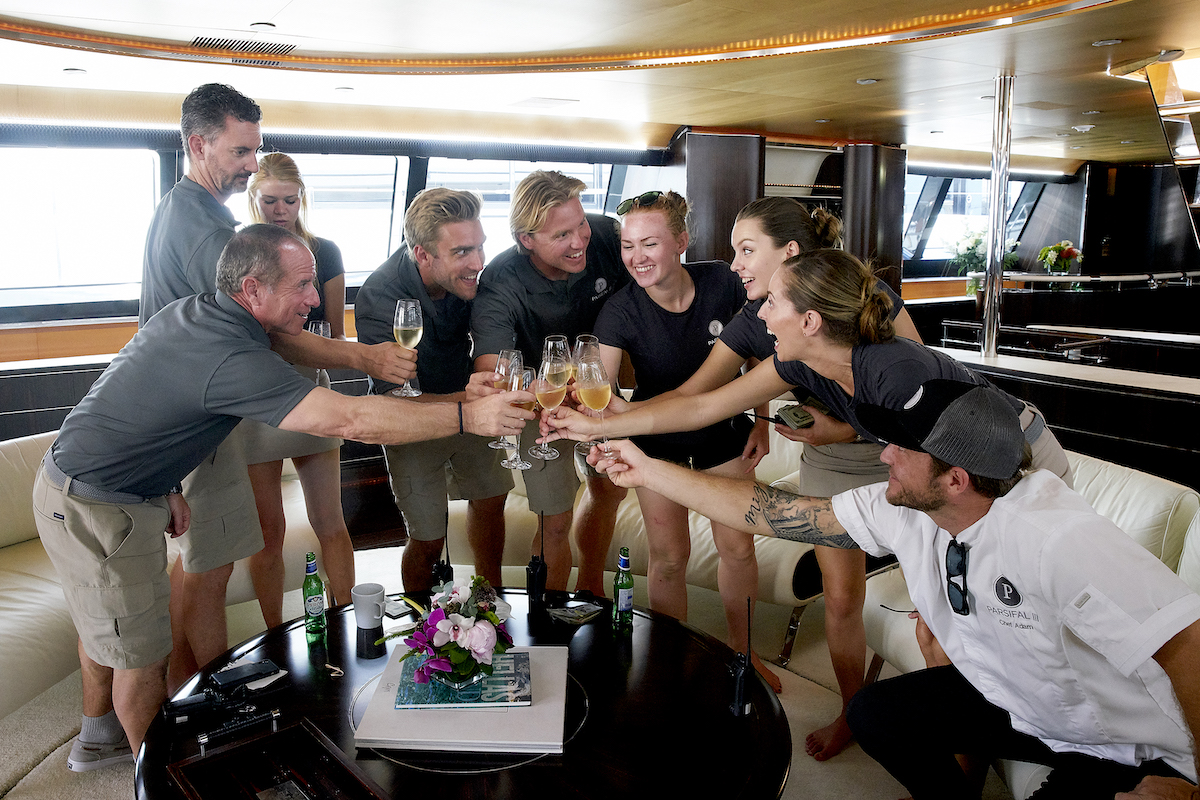 Shephard shared a photo of the sailing yacht featured on season 1. “Parsifal
III London,” he captioned the photo. “Will you be back for another season?!” a fan asked. Another fan wondered if the new season is being filmed in England, pointing out that first mate Paget Berry and deckhand Ciara Duggan were in England.

Shephard didn’t respond to the question about whether or not he was filming the second season. Also, Bravo has not confirmed season 2 but fans have a pretty good idea another sailing season will be coming their way.

Productions took a hit due to the pandemic. But Colin Macy-O’Toole from Below Deck Mediterranean shared a little insider information about upcoming seasons with Showbiz Cheat Sheet.

“What I’ve heard is [Below Deck] Sailing [Yacht] should be leaving in like two weeks,” he dished. “I can’t tell you where but that’s what I heard. And I’m assuming [Below Deck] Med will be able to leave when they leave in September. I believe Sailing was a little delayed because they film in May. So it’ll be in July and August.” Below Deck season 8 was cut short because it ended when the pandemic struck.

Macy-O-Toole noted that the Below Deck franchise is one of the top-rated series for Bravo. “I have too much time on my hands right now and I follow Bravo Ratings [on Twitter],” he joked. “I looked through the past year with all the shows and the highest shows are Below Deck, Below Deck Med, and The Real Housewives of Atlanta.”

“Atlanta has a lot [of viewers] and that’s without the DVRs and Hulu,” he said. “They don’t show that. But Atlanta kills it. They average between like 1.7 million and 1.8 [million] per episode. Below Deck and Below Deck Med is like between 1.6 to 1.7 [million per episode]. Everyone else is 1.2 [million].”

‘Below Deck’ could be adding another show

Could the Below Deck franchise be adding another show to its lineup? In addition to Below Deck Sailing Yacht, casting agents put out a call for a “crew house” type Below Deck show. “Aspiring Yachties, Crew House Staff, Behind-the-Scenes Gurus & Experts in the Hospitality Business for a new TV series that will give viewers a behind the scenes look at the luxury world of yachting,” according to Kristen Webley Casting.

Casting agents are looking for yachties in-between charter but also rookies who wanted to break into yachting. The series also sought an experienced yachtie who would assume the role as the “crew house parent.”

Macy-O’Toole shared why he thinks the series appeals to a wide range of viewers. “The realness of it, watching the crew work and earn their pay,” he said. “Plus the fact that most people will never be a charter guest and they can experience travel from the couch is just appealing to fans.”