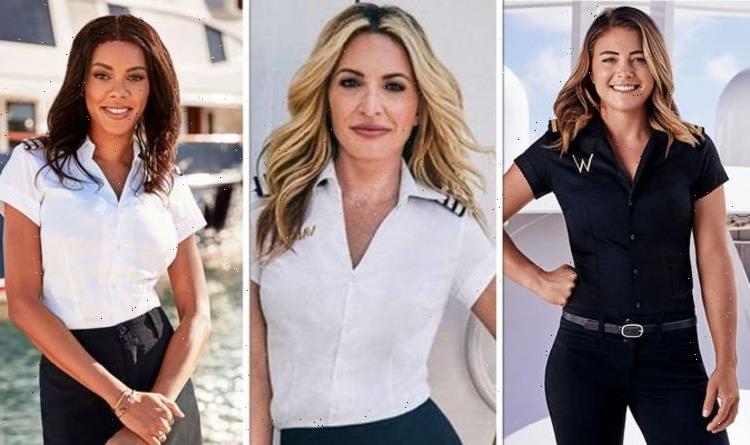 Below Deck: Bravo release a first look at the eighth series

The Bravo reality series Below Deck Meditteranean has seen its fair share of arguments over the seasons, however, stewardess Lexi Wilson clashed with bosun Malia White several times in the latest episodes of the show. Now, Below Deck star Kate Chastain has spoken out about the argument and why their conduct isn’t acceptable for crew members. The reality star also detailed why she later decided to keep Captain in the dark about their bad behaviour.

In season six of the reality series Below Deck Mediterranean, Captain Sandy returns to navigate a new yacht, the Lady Michelle, through the Dalmatian Coast.

Lexi Wilson is one of the main stewardesses on the yacht and works alongside bosun Malia White.

However, the two had a fiery clash during the show’s second episode, It’s Not Easy Being Green.

The drama between her and Malia, however, escalated after a crew dinner when the two got into a disagreement over the dinner bill.

Speaking to Cheat Sheet, Below Deck star Kate Chastain detailed how she would have handled the drunken behaviour between the two, as well as what Lexi and Malia have to learn.

Kate stated that Lexi will learn the hard way going forward and that she generally needs to be more self-aware.

However, she understood that yacht life was stressful so tensions were bound to come to light.

“Honestly, I think that the most difficult thing about working on a yacht is living with other humans in a stressful situation,” she noted.

Kate explained that you have to be “socially aware” and the people on the yacht who are expected to act a certain way are “ironically, the people who need to learn that the most”.

They are the ones “who have the biggest problem with it, as we can see”.

“She definitely needs to learn to be more self-aware and it’s not going well for her,” Kate remarked about Lexi’s unacceptable behaviour on the show.

The stewardess also stated that Captain Sandy has been kept in the dark about Lexi’s terrible conduct.

She noted that several of the other crew members were “annoyed” they didn’t receive a chance to tell Captain Sandy about what was going on.

Kate explained that a lot of yacht crews tend to keep their drunken exploits to themselves.

“Absolutely. I mean, it’s awkward for the captain to go out partying with the crew.”

Captain Sandy wasn’t aware of the situation as it is often “very awkward for [the crew]” and for her as a team leader.

“There’s no way they know everything all the time.”

However, she wishes now that she had revealed all to the Captain.

“I think that Sandy does not have a clear idea of how badly Lexi behaved,” she continued.

“And if she did, she would also want her off the boat.”

Below Deck and Below Deck Mediterranean are available to watch on Bravo in the USA.