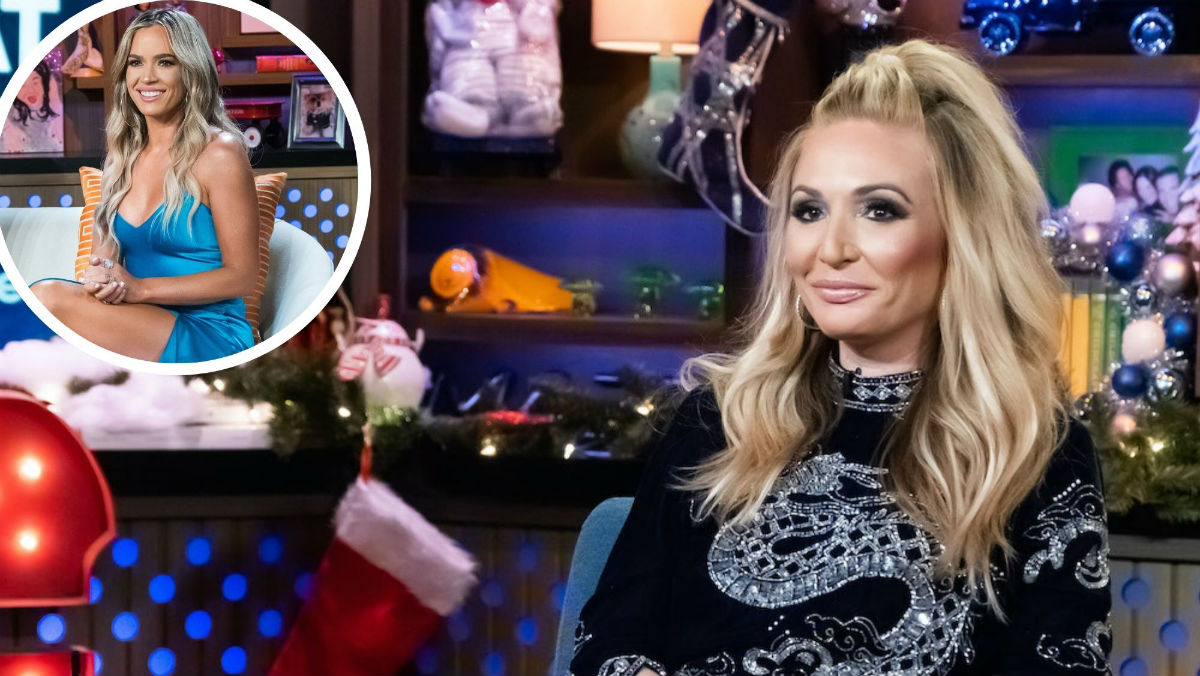 Below Deck alum Kate Chastain has regifted her feud with Teddi Mellencamp Arroyave amid The Real Housewives of Beverly Hills drama and Teddi’s business controversy.

The two Bravo ladies are far from friends.

Kate, as Below Deck fans know, holds nothing back. The former chief stew is quick to share her true thoughts on any one person or situation. Hannah Ferrier and Kiko Loran are two people that Kate has unleashed on recently during her commentary of Below Deck Med Season 5.

Now, Teddi is making headlines for her questionable business practices. All In by Teddi coaching programs, which promote fitness routines and diets, is under fire. Former clients claim the coaches in the program promote unhealthy and super restrictive standards of dieting.

There is also speculation Teddi has been fired from RHOBH.

As the criticism against Teddi mounts, Kate reminded people she knew all along what kind of person Teddi is. Kate said “I told you” so to fans in a tweet that included a photo of her and Teddi at BravoCon last year.

There was a little bit of confusion among Twitter regarding why Kate would share such an odd tweet. However, once fans were reminded of the infamous social media feud between Teddi and Kate, it all made sense.

Some users felt Kate was claiming to be perfect and pointed out all of her imperfections, including her mugshot. Others were Team Kate and accused Teddi of being a fraud. 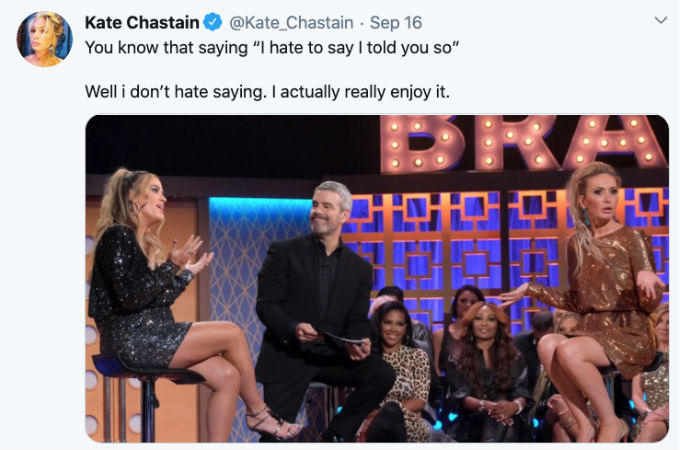 Why do Kate and Teddi have beef?

The feud between Teddi and Kate started during Teddi’s second season on RHOBH. Teddi was stressing over being a working mother and balancing her business duties. Kate shared her two cents on the RHOBH star’s situation.

“Im still not really sure what exactly an ‘accountability coach’ does, but I’m pretty certain it doesn’t require more time away one’s children than any other job the millions of working mothers have. #RHOBH,” Kate tweeted.

Teddi blasted the Below Deck alum for judging her and other working mothers. Things got more heated when Kate was on the podcast, Reality Life, and declared that Teddi had changed between her first two seasons on the show.

Andy Cohen wanted the two women to squash their beef during BravoCon. Teddi was pregnant, though. So Kate simply said congrats on the baby and that she didn’t need an accountability coach. Kate agreed to take responsibility for her Tweets, while Teddi agreed to hold Kate responsible for anything the former chief stew wrote about Teddi.

It is a whole lot of drama that is not squashed at all. Right now, though, Teddi is busy putting out bigger fires than what Kate said on social media. Fans can rest assured this feud is far from over. The ball i in Teddsi’s court now.

Below Deck returns on Monday, November 2 at 9/8c on Bravo.