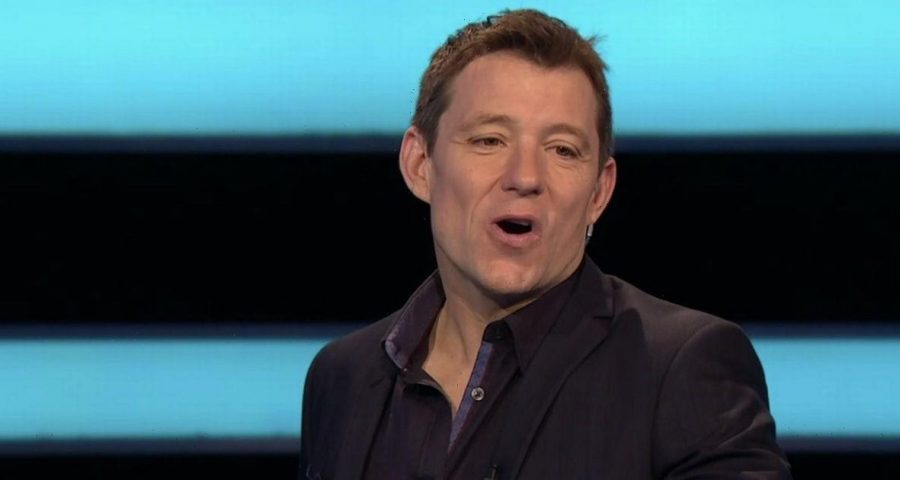 Ben Shephard informed one contestant she'd been repeating herself on Thursday's Tipping Point, as she egged on her rival players.

Player Loretta was keen for one stubborn mound of counters to fall into the tray, and cheered on each player with "this is it" each time they played a counter.

Laughing over her enthusiasm, Ben called her out for the repetition, pointing out she said the same thing every time.

In round one of the competition, drop zone one was ripe with piles of counters, ready to be toppled with one lucky plummet.

However, while the pile seemed constantly on the edge of falling into the tray, it refused to budge for a number of players, leading to some frustration.

Ben asked player Ashleigh: "Are you going to be brave and go somewhere else. Do you still fancy hammering drop zone one?"

When Ashleigh tried her luck in drop zone one, Loretta was by her side, as she cheered: "It’s right in the middle now Ashleigh. Exactly right. I think that’s it." However, this time Loretta was right to get excited, as the counters slipped easily into the tray, meaning Ashleigh's prize pot doubled.

Ben was thrilled, and apologised for correcting Loretta, remarking: "Finally you're right Loretta! It was exactly the right spot."

"This is definitely it! Yay!" Loretta exclaimed, celebrating her rival's win.

Loretta's camaraderie served her well in the game, as she sailed through each round, backing herself – and her rivals – throughout. The Irish champion made it through to the final with £1,650 to her name, hoping to make enough cash to fund a trip of a lifetime.

Loretta revealed herself, her husband Patrick, and her daughters harboured a passion for Japan, loving the country's culture and cuisine.

"It would be a dream for us to go to Japan and see it all for ourselves first hand," she informed quiz favourite Ben.

While it wasn't quite a jackpot success, she left the show £2,700 richer, as Ben praised her warmth and positivity in the studio.

Tipping Point airs on weekdays at 4pm on ITV.