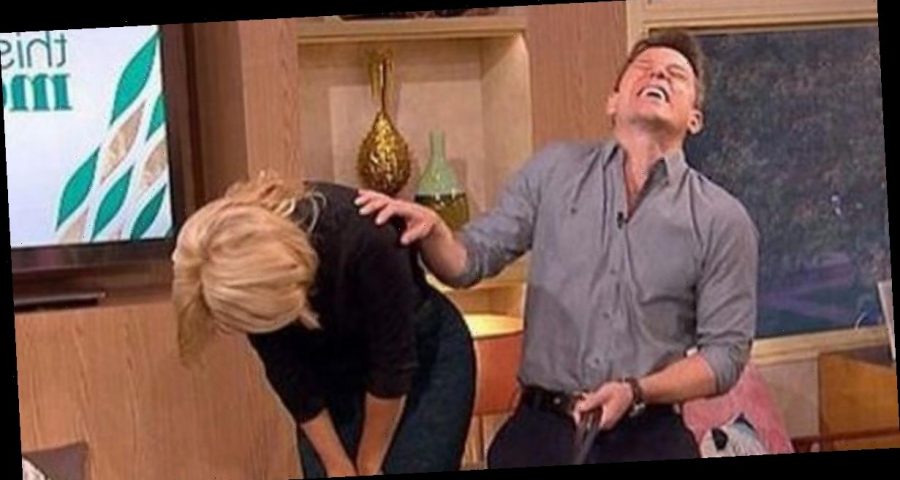 Holly Willoughby is certainly no stranger to a hilarious TV blunder and Ben Shephard recently recalled one of her embarrassing This Morning gaffes.

Speaking about the hysterical incident that occurred four years ago, Ben said to his co-star Kate Garraway: "But we had gone welly wanging with their cousin Will."

"Oh this is terrible," said Kate, as Ben ploughed un on undeterred.

He said: "So Will had been welly wanging too."

Kate smiled as she said: "Had he?"

Ben continued: "Now, of course, the really important thing is that you do not confuse the vowels in that statement.

"And if only Holly hadn't."

The ITV show then played the hilarious This Morning throwback clip.

In the blast from the past, Ben asked Holly: "Since that moment a year ago today, have you ever hit anything you have been throwing at?"

Holly replies: "Funnily enough, I have never willy wanged since then."

TV & Showbiz reporters are working to source the latest information, reaction, pictures and video related to this story.

Or like our Daily Star Showbiz Facebook page to get the day's biggest stories, and have your say on them.