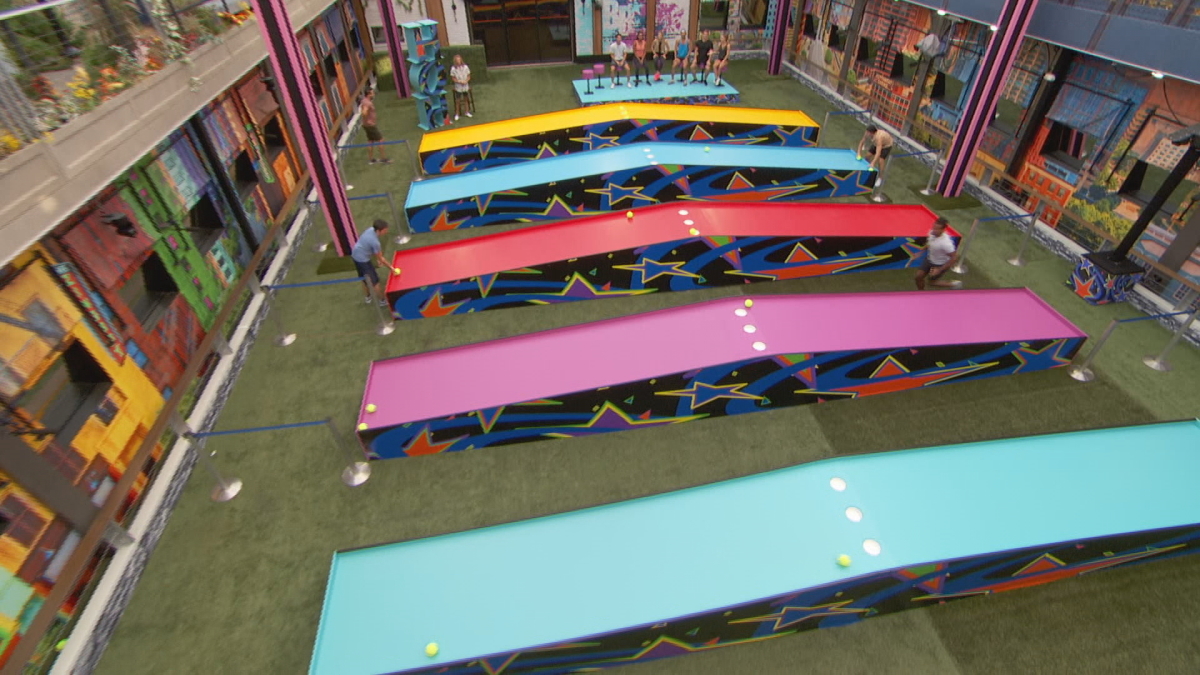 The Big Brother 22 recap for tonight covers Episode 11, which revealed who won the Head of Household Competition late Thursday night and who they nominated for eviction.

During the last episode, Janelle Pierzina was evicted on a 9-2 vote, making her the third houseguest to be sent packing from the BB22 cast.

At the end of the night, a new HOH Competition got started, but it didn’t come to an end until after the episode ended. It meant that there was a lot of ground to cover on Episode 11.

After going over Janelle getting evicted, the episode jumped right into the HOH Competition. Kaysar Ridha looked good in the first round, becoming the first person to advance to the finals.

The other five houseguests who advanced to the final round were Enzo Palumbo, David Alexander, Daniele Donato, Kavin Campbell, and Cody Calafiore.

In the final round, Kaysar, Enzo, and David jumped out in front. Kaysar was also the first person to sink a second ball. Enzo and David caught up by sinking their second balls, and then it was Enzo who became Head of Household.

A lot of fans were asking why Dani and Enzo voted to evict Kaysar during the last episode. They were the only two people who didn’t vote against Janelle and that become a hot topic of the new episode.

Some of the lies that Dani was telling about other people possibly making those hinky votes were shown, with the whole house getting embroiled in the drama that Enzo and Dani had sought.

A nice segment involving Da’Vonne Rogers and Kaysar took place where they discussed their experiences of being a Black woman and a Muslim, with each discussing what they have to go or have been through in their lives.

There was also a segment where the friendship between Daniele Donato and Nicole Franzel was shown. Fans of the two women probably enjoyed it a lot, but social media was not really interested in what was taking place after the serious discussion between Da’Vonne and Kaysar had just ended.

Since it was a new week, that meant it was time to have some new people go through the punishments. For the Week 4 Have-Nots, Enzo picked Tyler Crispen, Cody picked Da’Vonne, and Bayleigh picked Dani.

Who got nominated for eviction?

At the Nomination Ceremony, Enzo put Kaysar Ridha and Kevin Campbell on the block. The two nominees had a chance to save themselves at the Veto Competition, which will be shown during the Wednesday night episode.

For readers who want to jump ahead, we have the POV results all ready to go. And for anyone who wants to read more about Janelle, she already did some interesting post-show interviews.