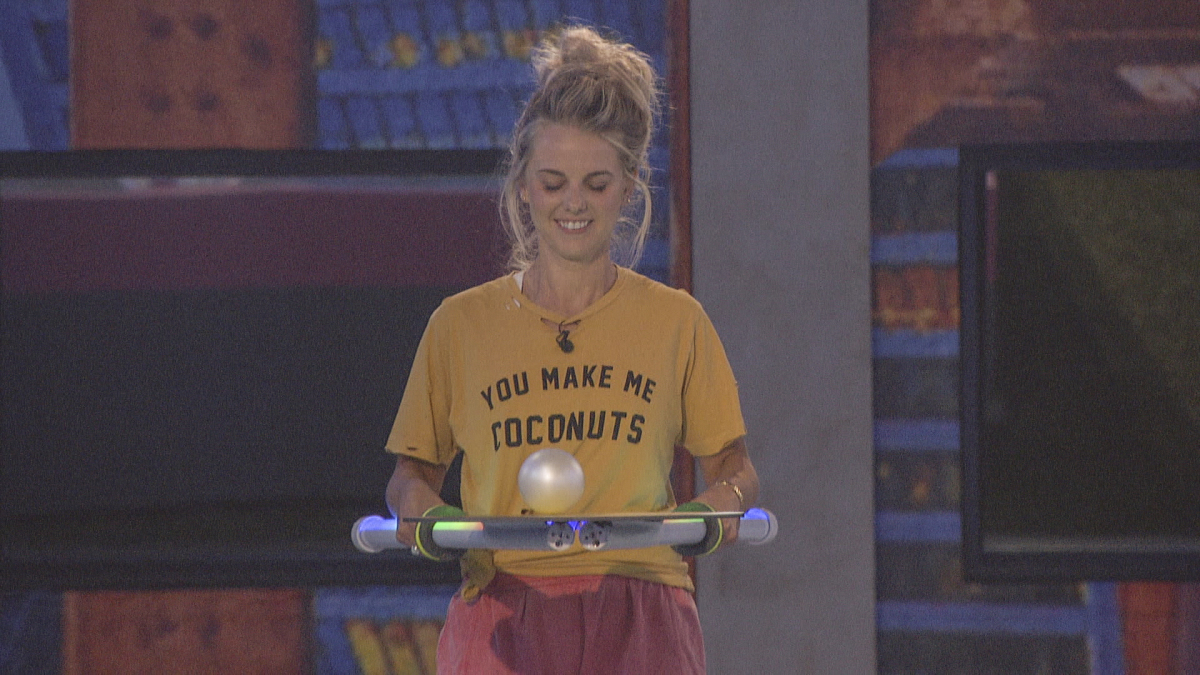 The Big Brother live feeds are showing a side of Nicole Franzel that many fans had not seen before. Janelle Pierzina has really gotten inside of her head and Nicole can’t stop with the personal attacks.

Some long-time fans of the show are stating that Nicole is just showing her “true colors” when it comes to playing the game. And Nicole’s infatuation with Janelle seems to be getting worse by the day.

The reaction from fans has gotten so bad that her fiance, Victor Arroyo, decided to post personal messages the women had exchanged. But the plan may have backfired, leading to Victor quickly deleting them from social media.

It appears that Nicole has an elevated opinion of how she has played the game in the past, likely aided by the fact that she did win Big Brother 18.

During the season Nicole won, though, it actually seemed more like Paul Abrahamian lost, as the BB18 jury didn’t want to vote for him and would have given the money to anyone sitting next to him on finale night.

Take a look at this new clip taken from the Big Brother live feeds:

The clip has already received a lot of responses from fans who do not have very nice things to say about Nicole.

One Twitter user wrote, “I hope Nicole F doesn’t think we’re voting for HER? Or Dani? Or Cody? If it’s not Janelle then Kaysar it is. The fuqq? They really underestimate Kaysar’s popularity, don’t they?”

Another one wrote, “They think they will be the “most trending” and “liked” when janelles gone. That’s the only they’re going offer Janelle. But Janelle will win 25k with afh!”

And a third posted, “I can’t wait for her to see how we really feel. Big Brother should let us vote for our least favourite player so she can stfuuuu.”

And those were just fan opinions shared on Monday.

Does Nicole really feel that Janelle is out to get her?

So is Nicole playing out an act? Does she really believe that Janelle is out to get her or is she just trying to convince other people of that?

Nicole really seems to believe that America dislikes Janelle and that the fans are all on her side. Twitter disagrees with her. 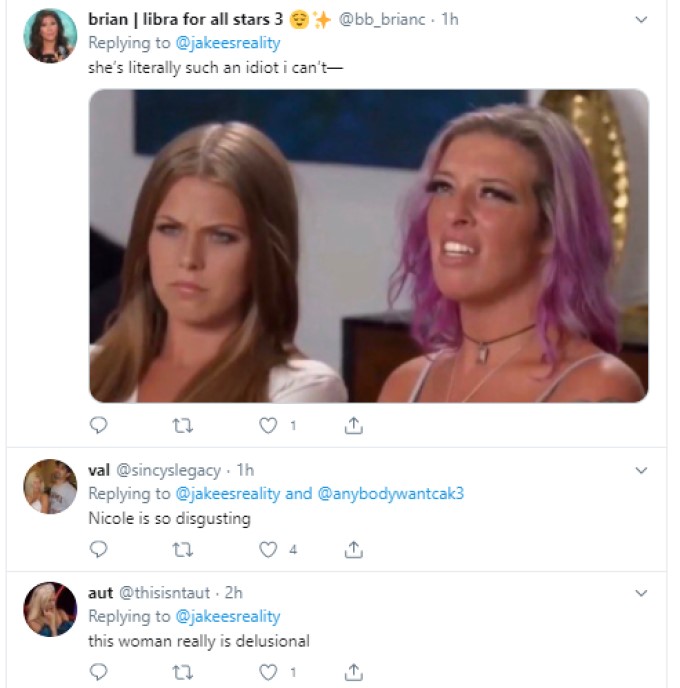 If Nicole succeeds in getting someone else to remove Janeell from the BB22 house, exactly what is she going to do with herself?

For nearly three full weeks, Nicole’s main hobby has been to talk trash about Janelle and then blame Janelle for it. Will she simply turn her attacks on someone else?

It looks like Nicole could go after Bayleigh Dayton next.