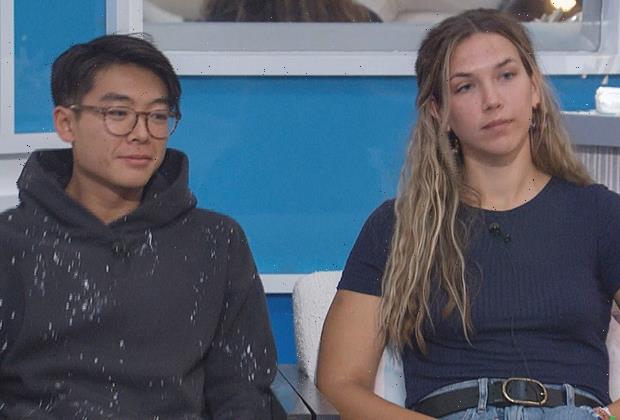 To most accurately sum up this week in the Big Brother house — for Derek X. and his fans, at least — I’ll borrow an adage from Apple TV+’s Ted Lasso: It’s the hope that kills ya.

Head of Household Sarah Beth has been targeting Derek X. all week, and his chances of staying in the house seemed increasingly slim with each passing hour. But with a few Cookout members actually wanting to keep Derek X. around, and Xavier — perhaps the strongest advocate for Derek X.’s eviction — heading into solitary confinement for 24 hours before the live broadcast, a tiny, tiny glimmer of hope burned for Derek’s game, after all.

Did he manage to whip up the votes to stay, though? Read on for the details of Thursday’s episode:

THE STRATEGY | Following the veto ceremony, Sarah Beth and Xavier can’t stop grinning at the idea of Derek X. getting the boot this week. But Tiffany knows keeping Derek X. is best for her personal game, and she doesn’t take too kindly to Kyland attempting to guilt her into evicting Derek this week. To that end, she tries to get a vote flip going in Derek’s favor, starting with a reminder to Azah and Hannah that Derek will likely help them get to the end of the game, potentially even more than the Cookout men will.

If you’re a live-feed watcher, you know Derek has been campaigning relentlessly for himself during the past few days, approaching everyone — even lost causes like Alyssa — with solid pitches for why they should keep him over Claire. The only footage we see on Thursday, though, is his conversation with Azah, in which he explains how he can benefit her game in the weeks ahead. He even gets a little choked up when he remarks how much he cares about Azah, Tiffany and Hannah, and Azah looks enormously conflicted after their chat. “Extremely, extremely, extremely convincing,” Azah tells Derek, later adding to the camera that he “brought up some really good points.”

THE EVICTION | But just like Ted Lasso‘s AFC Richmond fans would tell you, it is the hope that kills you — and that’s ultimately the case for Derek X. and anyone rooting for him at home. Derek gets a vote from Hannah and a sympathy vote from Kyland… but then Tiffany, who’s had Derek’s back all week, votes to keep Claire when she goes into the Diary Room. (In a word: ?!?!)

At that point, it’s essentially a done deal — Azah votes to evict Derek, too — and he’s ultimately ousted in a 5-2 vote. (Sob!) But he gives everybody sweet goodbye hugs and parting gifts, and Hannah, perhaps driven by her guilt from this past week, reveals that she was “actually the worst” right-hand woman for Derek X. when he tells her she was the best. I mean… she’s not wrong.

THE HEAD OF HOUSEHOLD COMPETITION | This week’s HOH comp is a straightforward trivia game, with houseguests answering true-or-false questions about Season 23 video clips that played on the Memory Wall earlier this week. Xavier throws the competition in the first question, Alyssa seems to be squeaking by on lucky correct guesses… but in the end, it’s Tiffany who reigns supreme, which brings this bummer of a week to a slightly more optimistic end (for everyone except Sarah Beth, that is).

Meanwhile, it’s America’s final week to award BB Bucks to the houseguests. And in addition to the money they earn from viewers this time around, players will also get additional BB Bucks from randomly selected envelopes that they chose during the HOH competition — but they’ll have to wait until they enter the High Roller’s Room later this week to open them.

With that, I turn it over to you. Were you — like me! — disappointed to see Derek X. go? And who do you think Tiffany will nominate? Hit the comments!