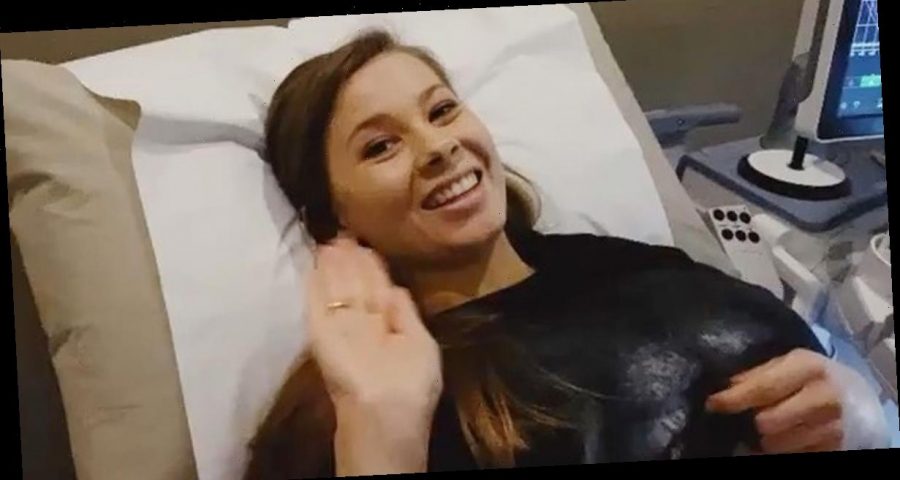 Bindi Irwin is expecting her first baby with husband Chandler Powell and the due date of the little one has now been revealed.

The 22-year-old daughter of the late Steve Irwin announced her pregnancy last year and her mother, Terri Irwin, unveiled the due date in a television interview.

Bindi is due to welcome her first child into the world next month.

On Wednesday, Terri spoke about the special moment Bindi and Chandler announced their pregnancy.

During an interview on Channel Seven's Sunrise, the 56-year-old widow of the Crocodile Hunter said the couple were emotional when they broke the news.

The exciting announcement was shared on Australia Zoo's annual crocodile research trip and the private moment was filmed for their TV show, Crikey! It's the Irwins.

Terri recalled on Sunrise: "We were all out in the bush and had been jumping on crocs and attaching trackers all day. We were all sitting around the campfire and she[Bindi] just says 'by the way…'"

She added: "We all picked names and laughed and cried and it has been so special and she is due next month".

The proud mother also said Bindi was doing well during her pregnancy and had now reached the "sweet spot" of no longer being able to see her toes.

In a recent interview with Entertainment Tonight, the animal lover said the perfect way for the two to "meet" is to show the tot her dad's gigantic library of documentaries.

Bindi said: "I don't think we would’ve ever seen our daughter.

"He would've just whisked her away into the zoo and it would’ve been perfect.

"But it is so nice that we'll be able to introduce her to her grandfather through all of the documentaries. It's really special."