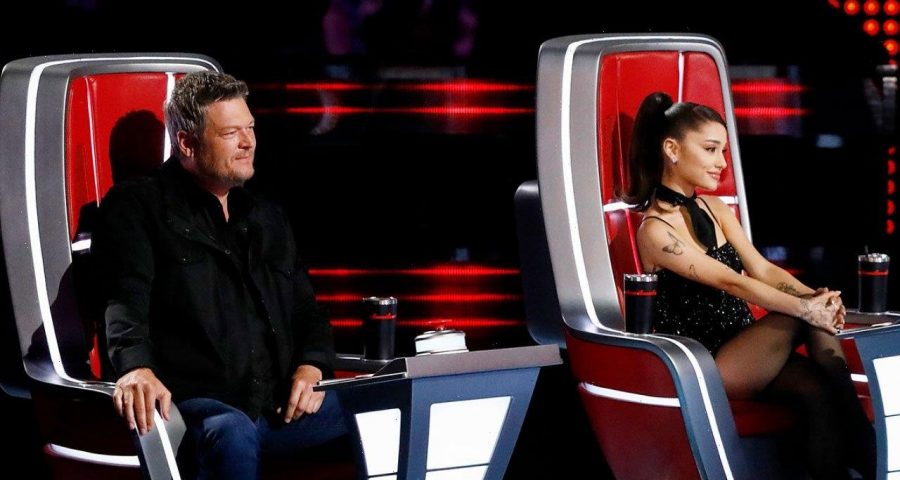 The ‘Thank U, Next’ singer shares a screenshot of Blake’s texts in which he attachs an article about producers on ‘The Voice’ planning to replace Blake him after ‘Ariana Grande brings fresh energy.’

AceShowbiz –Blake Shelton seemingly is not happy over reports that newcomer Ariana Grande serves as a threat to his position on “The Voice“. The country singer hilariously confronted his fellow coach on the NBC show over reports that she was going to replace him as a judge on the series.

On Sunday, September 26, Ariana shared a screenshot of Blake’s texts. In the said texts, the latter attached an article which headline read, “Producers at ‘The Voice’ may replace Blake Shelton after Ariana Grande brings fresh energy.” The 45-year-old crooner then wrote, “Thanks a lot, Ari… Thanks a f**king lot….”

The “7 Rings” singer didn’t show her reply but she reacted to Blake’s message with a heart.

A fan added, “I LIVE FOR YOUR PHOTO DUMPS THANKS FOR SHARING PARTS OF UR LIFE WITH US.” Another fan wrote, “i just wanted to say how proud i am of you n how good of a coach u are. sweetest ever.”

In the article, it was said that “The Voice” producers are “quietly” searching for “someone younger and more current.” It’s because Ariana, who joined the coach cast in season 21 to replace Nick Jonas, brings a “younger” audience to the long-running reality singing competition.

After Ariana’s casting was announced, Blake told PEOPLE that he was excited over the new addition. “The easiest defeat of my career was Nick Jonas,” the husband of Gwen Stefani said. “So I’m looking for a challenge. I think Ariana could be a challenge. I’m looking forward to beating her though.”

Meanwhile, Ariana shared that she was “honored” to serve as a coach on “The Voice”. “Surprise !!! i am beyond thrilled, honored, excited to be joining @kellyclarkson @johnlegend @blakeshelton next season ~ season 21 of @nbcthevoice ! [White heart emoji] @nickjonas we will miss you,” tweeted the “Thank U, Next” singer at the time.