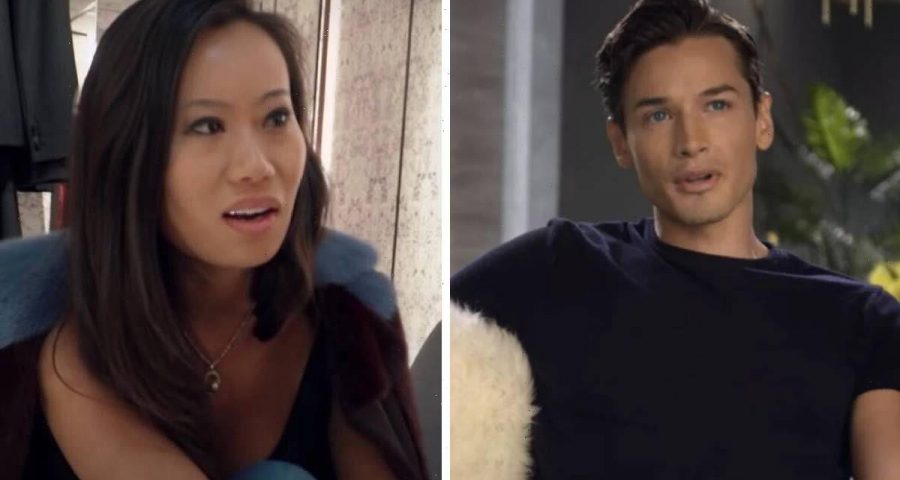 Bling Empire returned for a third outing on Netflix earlier this month, once again following the glamorous lives of the wealthy East and Southeast Asian-American socialites in Los Angeles. Subscribers watch in awe at how the other half live with their extraordinary parties, designer clothes and lavish lifestyles. But the series is, of course, never short of drama within the friendship group and their romances.

Since the first series of Bling Empire came out in January last year, Kelly Mi Li had been in a relationship with Andrew “Drew” Gray.

She works as a media and production company executive in LA, while Drew is an actor, best known for playing the red Power Ranger.

They were together for more than five years but their relationship journey was never a smooth one as the couple broke up on numerous occasions.

Their turbulent pairing finally came to an end off-screen with Kelly announcing she was finally single at the start of season three.

When asked about her current situation with Drew by Express.co.uk, Kelly confirmed they were no longer on speaking terms.

“I don’t speak to him anymore, we have no contact with each other,” she said.

“But I have nothing but best wishes for him and I really hope for the best for him moving forward.

“I think when looking at our past, I want to appreciate our time together and our relationship, because without that relationship, I wouldn’t be who I am today.

“I wouldn’t have this amount of growth so for me, I hope nothing but the best.”

Kelly also added how going into the third series without Drew by her side, she felt like a different woman.

As newly single, she explained how she was able to focus more on herself.

“[I felt] empowered. I think after season one finished, I was very open about self discovery, self love, health journey.

“So going into series three, I felt more myself and more at peace with myself and confident and empowered.”

By the end of the series though, Kelly revealed she was dating someone new.

She didn’t give any details regarding his identity but did tell her friends that their relationship was going well.

One year on and Kelly is still with her mystery man, telling Express.co.uk she was “really, really grateful” to have found him.

Whether or not he will be seen with the rest of the cast, remains to be seen.

As of yet though, there has been no word of another series of Bling Empire.

Netflix has neither confirmed or denied if there are plans for a fourth season, however, given the popularity of the reality series, it does seem likely.

If it does return for more, Bling Empire could be back sometime in late 2023.

Bling Empire is available to watch on Netflix.