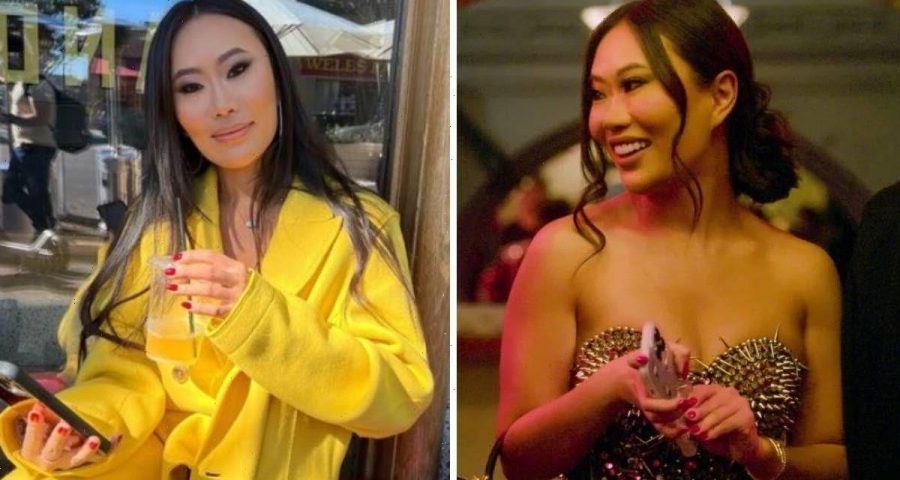 Kelly Mi Li has been in Bling Empire from the very beginning and at the heart of romance drama for all three series. She is said to be one of the more successful cast members of the Netflix series, with a net worth of around £3.6million. Here’s everything there is to know about Kelly’s career so far and how she was able to make her millions.

What does Bling Empire star Kelly Mi Li do for a living?

Bling Empire star Kelly Mi Li works as a media and production company executive in Los Angeles and is also a partner at Greyscale Lab.

Prior to this, Kelly was the managing partner at a talent management company as well called East West Artists.

She is also the co-founder of companies called Organic Media Group and Wet Paws Media.

In addition to all of this, Kelly was previously a successful real estate agent selling luxury properties around Los Angeles.

But it wasn’t always guaranteed that Kelly was going to find success, having moved to America with her mum when she was 10 for a better life.

She then moved to West Hollywood when she was 21 with no job and no idea of what she was going to do next.

But she did any and everything, from working in insurance, at restaurants, bars, clubs and at a development company for experience.

Since establishing herself, Kelly has been able to focus more on some passion projects of hers.

She has recently launched her new non-profit organisation with her boyfriend called the Golden Voice Society.

According to its website, it has been “created to combat the generational victimization and racism Asians endure as well as promote public safety and social awareness”.

The Golden Voice Society’s main initiative at the moment is the Asian Hate Crime Tracker which is a crowdsourced tool to track and notify community members on violent attacks against Asians.

Her other project is called The Missing Grandma Project which provides pensioners suffering with Alzheimer’s and dementia in the Asian community, a bracelet programmed with all of their personal details, including what language they speak.

These bracelets have already been rolled out in China Town in San Francisco and will soon be released in Los Angeles as well.

Talking to Express.co.uk, Kelly admitted her focus was now on being happy rather than making more money.

She said: “I’m really proud just because I worked for every single thing that’s in my life and everything took a lot of hard work.

“One of the things about me right now is that the past couple of years has been more about balance, so a lot of the time when we use the word ‘self-made’, it’s a lot about our achievements, how much money we make.

“So moving forward for me is really about finding more projects that I’m passionate about and saying no to more things.

“Now I love to say that the highest level of success is happiness so for me, I’m trying to redefine the word “self-made” in a sense.”

As of yet, Bling Empire has not yet been renewed for a fourth season.

Bling Empire is available to watch on Netflix.