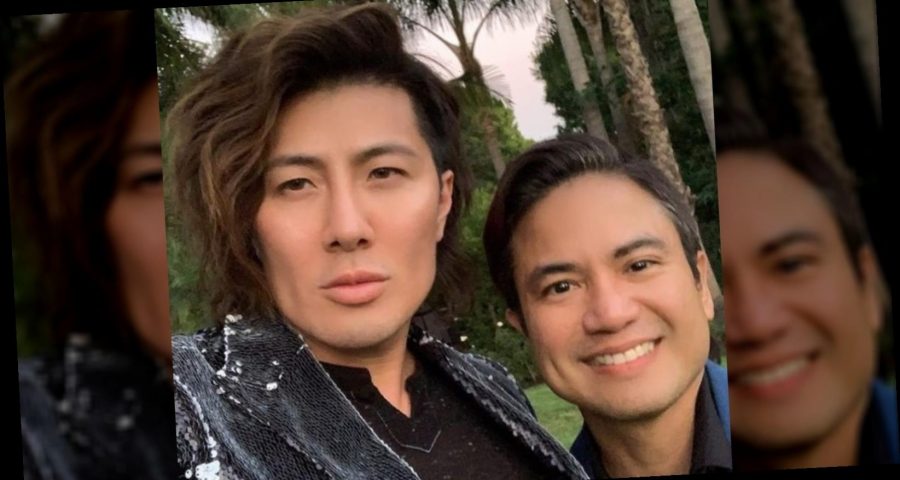 While Guy Tang is only a recurring star on Bling Empire, Netflix’s TV show about wealthy Asians, he has still managed to become one of its most talked-about characters. According to Reality Tidbit, Tang is featured frequently on Netflix’s reality series about a group of wealthy Asian-Americans living in Los Angeles due to his close relationship with series stars Kane Lim and Kim Lee.

Tang is quite the colorful addition to the show — literally. The hairstylist (who has his own product line, Mydentity) often shares on his Instagram the end result of dye jobs he has done, all of them featuring some shade (or mixture of shades) not naturally found in human hair. Tang himself was seen rocking a rainbow-hued wig dyed with his own products in a November 2020 post.

The hair maven is also a recording artist. Per his Spotify page, he has released two albums in 2020. Fans of his popular YouTube channel (with 2.26 million subscribers) can find not just fun hair tutorials but also his music videos, like the one for his single, “Gimme What I Want,” which featured Kevin Kreider and Lim from Bling Empire, as well as an abundance of shots of a shirtless Tang and skintight-leather clad girls.

Who is the husband to this interesting and multi-talented maverick? Keep reading to find out Tang’s softer side.

Guy Tang’s husband is Almar Guevarra, a research nurse whom Tang said in a 2018 Instagram post “is currently working on finding a cure for brain cancer.” Tang also shared that the two first bonded over a love of Mariah Carey. “I fell in love with him when we first met because he seranade a @mariahcarey song to me called ‘Circles’ which is an obscure song off her album. I was like yup ‘he’s the one,'” Tang shared in the same post. He added that while Guevarra was a nurse, his husband also had a knack for hairstyling. “I came home to him doing a rainbow Color Melt on a mannequin which looked so good,” Tang gushed.

Guevarra, Tang added on a 2019 Instagram post, is the one who keeps him grounded amidst the toxicity that can arise from his work. “This industry can be very tough sometimes and often times I… break down and cry on his shoulder,” Tang opened up, adding, “He always remind me that I am strong and I have SuperPowers to endure any obstacles.”

Guevarra was also praised by Tang in a March 2020 Facebook post for being a frontline worker in the battle against the coronavirus pandemic. “My husband is a nurse. Thank you Almar Guevarra for saving lives like the way you saved mine when we first met,” Tang wrote. Sounds like Tang and Guevarra have certainly found “the one” in each other!