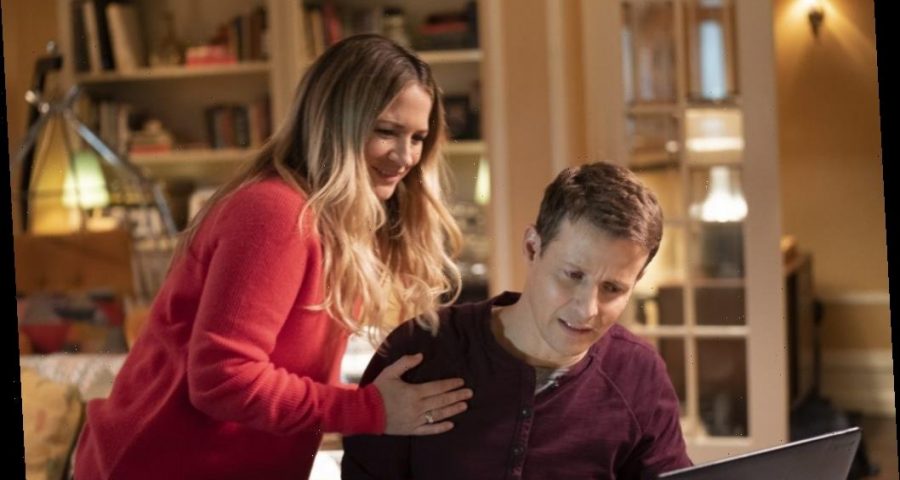 Blue Bloods has been dropping a lot of hints about a baby for Jamie and Eddie. Could season 11 be when the big moment happens for the couple? If so, Jamie (Will Estes) and Eddie (Vanessa Ray) need to take time to work on their relationship. There are still some areas that could use a bit of smoothing out before they add a new family member.

During Blue Bloods Season 11, Episode 9 (titled “For Whom the Bell Tolls”), there was a lot of tension between Jamie and Eddie. At the beginning of the episode, Eddie noticed Jamie was being hard on Luis Diaz, one of his officers. Diaz was late to work three times in one week. In response, Jamie reprimanded him and placed him on foot patrol, even though it was 20 degrees outside.

Eddie was furious with Jamie and asked him to go a little easier on the officer. She told him Diaz’s wife was pregnant. During the mornings when Diaz’s wife wasn’t feeling well, he had to delay leaving for work so he could help her. Eddie tried to explain this to Jamie, but he wasn’t open to what she had to say.

“His wife is pregnant,” says Eddie. “She gets sick in the morning; he’s just helping out.” Jamie doesn’t seem that sympathetic. “The first time, the second time, the third time, even, I get it,” says Jamie. “But after that, you develop a backup plan.” He then asked if Eddie had anything else to say, and she just replied, “No, sergeant.” Eddie felt defeated at that point, because Jamie refused to have an open mind.

Jamie and Eddie have work to do before having a baby

Eddie really wants a baby, but she and Jamie aren’t on the same page about certain things when it comes to relationships. It doesn’t seem like Jamie is the type who would be willing to roll up his sleeves and help out in certain situations.

For example, Jamie and Eddie clash during Season 10, Episode 10 (titled “Bones to Pick”) when Eddie hands Jamie a “honey do” list. She asks him to do a few personal things for her, but Jamie isn’t thrilled about this. He was annoyed by the list and drags his feet when it comes to the list.

Jamie doesn’t like his significant other telling him what to do. Judging from the way he initially handled Diaz’s situation, it seems like Jamie wouldn’t respond well to Eddie if she was in a situation where she needed his assistance, but it was inconvenient for him.

Jamie doesn’t see how Diaz’s attendance is affected by his pregnant wife needing help when she’s sick. Eddie is disappointed that Jamie would be so insensitive and unable to see why reprimanding Diaz shows a lack of empathy. Jamie and Eddie later speak to Captain Espinoza about the situation.

Eddie says there should be more leniency because of Diaz’s situation at home, but Jamie expresses concerns that if he makes exceptions, other officers will start finding excuses to come in late. Jamie eventually changes his mind and reverses his decision about Diaz.

Eddie reacted strongly to Diaz. It’s possible she could already be pregnant and she’s waiting for the right time to tell Jamie. Another possibility is that Eddie will be pregnant soon and the producers are dropping hints beforehand. Either way, Jamie and Eddie need to smooth out some of their communication issues before introducing a new baby.

Jamie must learn to put himself in someone else’s shoes and then see how he would react. He could also stand to learn how to take correction with grace. When he’s questioned about a decision, he usually gets irritated and proceeds to explain why his way is the right way. He immediately goes into lawyer mode. Eddie is still learning how to communicate effectively with Jamie without the conversation turning into a debate. Hopefully, they can learn the art of compromise and fighting fair.