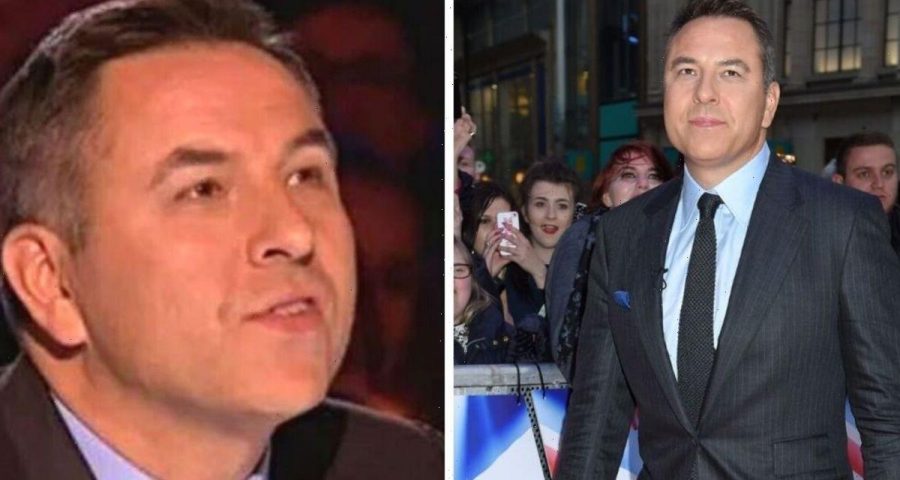 Comedian David, 51, is apparently set to quit his role on ITV talent show Britain’s Got Talent in light of disrespectful comments from the judge about former contestants being leaked. While nothing has been officially confirmed, the bookmakers are already predicting who might replace the reality show’s funnyman.

David has been part of the judging panel for 10 years, working alongside fellow stars Alesha Dixon, Simon Cowell and Amanda Holden.

Following his reported departure from the series, Ladbrokes have unveiled the names cropping up to replace the children’s author.

While the Little Britain star’s future on the show is currently “up in the air”, the bookies have installed Iain Stirling as the early favourite to replace him on the judging panel.

Elsewhere, 33/1 says a return for Piers Morgan is on the cards, while former health secretary and current I’m A Celebrity… Get Me Out Of Here! contestant Matt Hancock is ranked at 50/1 for the job.

Speaking on behalf of Ladbrokes, Alex Apati commented “David Walliams’ time on the BGT panel is all but up, and our traders judge Iain Stirling to be the most likely name to replace him as things stand.

“We wouldn’t be at all surprised to see Joe Lycett in the hot seat, though.”

David’s exit from the popular primetime show was first reported by The Sun.

A source told the publication: “He hasn’t taken the decision lightly, but it just feels like time to move on.”

They added: “David has decided to bow out after a 10-year run. He wants to leave on a high after a wonderful time.

“Being on the show has been a huge source of entertainment and joy for him and he is arguably the most popular member of the panel.

“His team have quietly been having conversations over the past few days where it has been made clear that David is readying himself to step down – and then producers will start to think about who might replace him.

“His exit might not be popular with fans who adore him.”

Speaking to Express.co.uk, a Britain’s Got Talent spokesperson seemed to extinguish rumours though.

They remarked: “It’s still very much up in the air at the moment on whether David is going to take part in next year’s show.

“No decision, though, has been made as yet.” They added that no judge has yet been contracted for the next series and explained the judging panel for Britain’s Got Talent 2023 will be announced in due course.

The supposed exit comes soon after David made a public apology for comments he made about previous contestants.

He was recorded making derogatory and explicit comments which were published by The Guardian.

Responding to the piece, David stated: “I would like to apologise to the people I made disrespectful comments about during breaks in filming for Britain’s Got Talent in 2020.

“These were private conversations and – like most conversations with friends – were never intended to be shared. Nevertheless, I am sorry.”